Have you seen Matthew Curry? 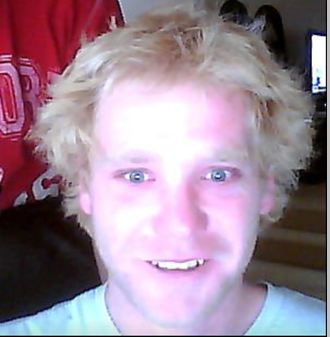 Matthew was last seen around the area of Quick Street, Ainslie at 5.00am yesterday morning (Friday, December 7).

He was last seen wearing a black and yellow high visibility work shirt, blue Billabong board shorts and black thongs.

Police would urge anyone who may have seen Matthew, or a man matching this description to contact ACT Policing Operations on 131-444.

3 Responses to Have you seen Matthew Curry?
Filter
Showing only Website comments

That’s fantastic news. Hope he and especially his family can now relax.

We hear Matthew has been found safe.

I pray Matthew Curry is found safe healthy and well particularly after having one of my first cousins disappear for a week when I was around 15 years old in a country city.To this day, I clearly recall the horror our families endured.

Had the land been combed instead of a check during the first few days, my Aunty and Uncle would have been spared 7 days of the torture as his shoe was the vital clue found 10 days later. I am posting to please encourage the AFP to thoroughly comb the suburb(s) that this young fellow was last seen and go over all footage of the nightclub(s) that Matthew was last seen (sometimes the nightclubs do have the footage and are reluctant to be forthcoming) in addition to publishing Matthew’s photo in the Chronicle (for any elderly Ainslie folk) who may have heard or seen anything during early morning walks (not everyone listens to the news on the tv, radio or reads the internet news) however many elderly people read the Chronicle on Tuesdays.

To Matthew’s loving family, my heart aches for you (I have an 18 year old son), and urge you to do up a flyer and ask some of Matthew’s friends to distribute in the suburb(s) Matthew was last seen with of course his full clothing description.

Mailbox flyers in all probability will jog people’s memory if anyone has seen Matthew over the past week along with Posters put up around Civic and nearby coffee shops in suburbs particularly the Ainslie shops, Dickson, Lyneham, O’Connor

The Ainslie Traffic Lights camera footage during the early hours of Friday morning may come up with something if Matthew had gotten into a vehicle with anyone and been sick or tired. One of the reasons I am not against camera footage at all Traffic light intersections.

Phạm Quới-Chi - 5 minutes ago
We spotted not just one , but three black cockatoos in Isabella Plains 😍 View
David Ironside - 4 hours ago
Tracey Ironside yes there a few around Fadden recently View
Sandy Gibbs - 4 hours ago
Kathy Little Suzy Obsivac these are the ones we saw on our walk today. Timely article!... View
Opinion 8

David Jackson - 53 minutes ago
This is what happens when the loonies are running the asylum! Seriously it’s a correctional centre or prison. What a waste... View
Mark Huppert - 1 hour ago
If elected, the Libs will still have to operate prisons, maintain roads, pay police, maintain hospitals etc etc. Plus they wa... View
Darcy Ryan - 1 hour ago
Chairman Barr needs to go. View
Property 40

Jp Romano - 2 hours ago
Margaret Welsh move somewhere backwards. Apartments are the future. View
Margaret Welsh - 4 hours ago
Yes, and I'm not a Liberal voter these days. I hate the number of apartments. When we downsize we'll be moving out of the ACT... View
watto23 - 7 hours ago
So why can't the liberals provide a solution to this problem. They are very good at pointing out everything Labor does wrong,... View
Opinion 1

Jeremy Calero - 8 hours ago
Kaitlyn nothing will stop it lol View
O L - 9 hours ago
Wonder what that means for rental longer term? Probably go up after covid to match increase in housing values View
Community 12

With international holiday plans grounded for the foreseeable future, feasting on cuisine from far-flung corners might go some way to...
Lifestyle 38

In a recent RiotACT column on banksias, I mentioned black-cockatoos in passing – and nearly all the subsequent comments focussed...
*Results are based on activity within last 7 days