Hawker outrage: Fingers pointed at Government after Tom cut down in prime 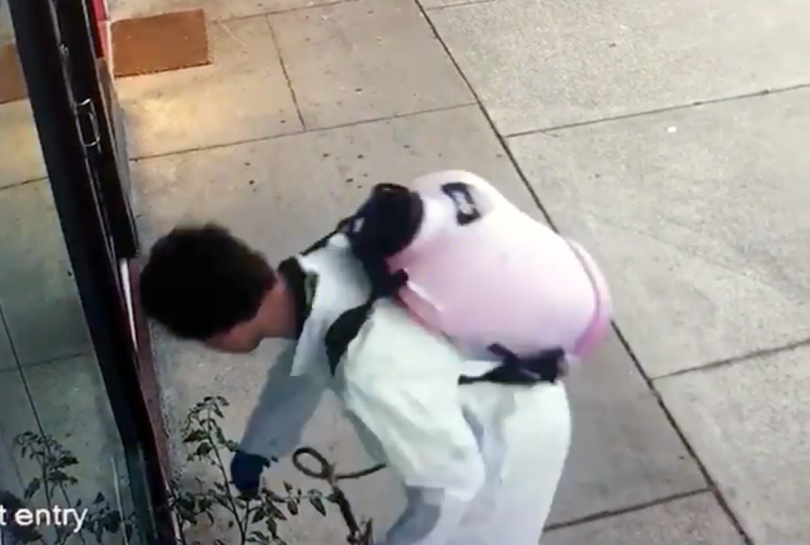 A mixture of outrage and grief has gripped Hawker Shops after their popular resident tomato bush fell foul of the ACT Government.

Restaurant Olive at Hawker posted a video on Facebook showing the thriving bush, dubbed Tom the Tomato, being unceremoniously ripped out by a ghostbuster lookalike.

“It is with great sadness that we write to inform you that Tom The Tomato was ripped out and killed by the ACT Government. We only ask WHY??? How can someone do this to poor Tom. You will be truly missed by all RIP”.

The post prompted a flurry of responses expressing grief, anger and loss at the cutting down of young Tom in his prime, and questioning the Government’s priorities.

Dimitri Yianoulakis posted “Which minister looks after weed spraying in Canberra? I think it’s time to rally time for a petition. This is an outrage.”

Theodore Leonidas Merkoureas was “Devastated”, while Elise Ewing said “RIP Tom” and asked “Will there be a memorial service?”

Others wondered what poor Tom had done to deserve such treatment, noting the young weedster’s zeal, and pointed to plenty of other targets more worthy of attention.

Briony Young wished “this bloke would come and do something about the blackberry bush that’s growing on the other side of my fence, that I continuously complain about. He seems more thorough than the other workers… “

Lyn McDonald also wished they sprayed where it was actually needed. 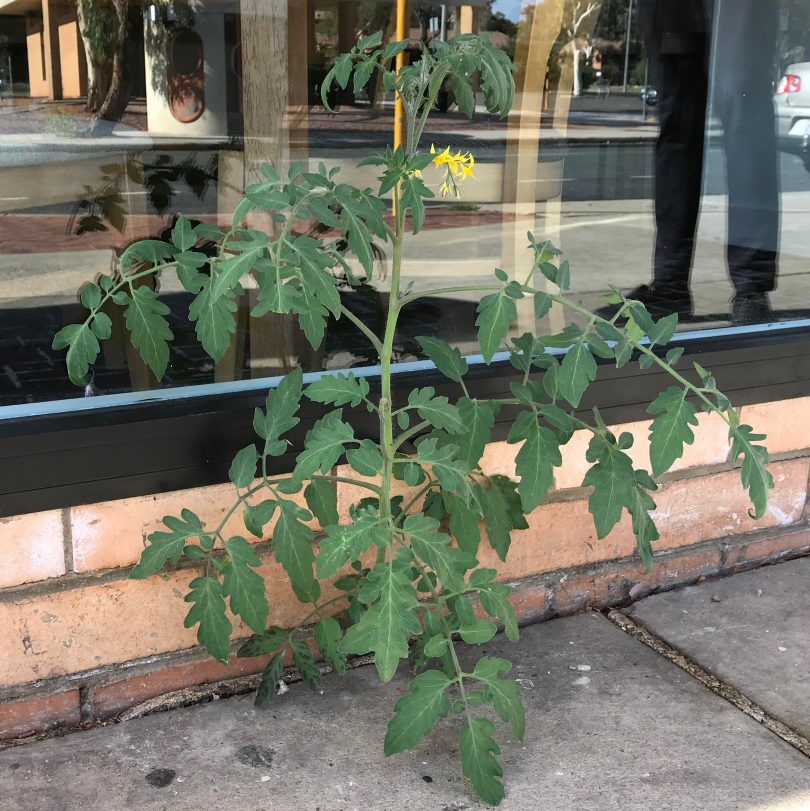 A very healthy ‘Tom The Tomato’ prior to the incident. Photo: Supplied.

Jan Casey laid blame where it should, at the feet of the ACT Government. “If only they could look after the ‘real’ issues within the ACT there would be less complaints (at least from me) – seriously it was a plant doing totally no harm to anyone – get our agenda in order ACT Government!”

If only I could post the photo’s of the weeds lining the nature strip alongside the newly unopened shops at Coombs..

I aint afraid of no ghost

Funny as hell. Getting crucified for doing his job. Maybe it should have been in a pot plant. It was growing out of the pavement which we are supposed to maintain. It’s a tomato plant for god sakes. 😂

And if it had no tomatoes by now it won’t

Dimitri Yianoulakis no worries champ. Will come and grab a coffee sometime. 😉

A weed is a plant growing where it shouldn’t be. It’s growing out of the bloody concrete.

Dimitri Yianoulakis maybe you should have put a sign up 😂

Bahahaha maybe ask to be put on the no spray registrar 😜😝😜😝😜

Dimitri Yianoulakis this guy is not your typical Gov employee. Very good worker. And he has only just started that run so expect things to change in a good way.

Dimitri Yianoulakis I would like to personally offer to replace it for you. The spray operator is sincerely sorry.

U must be a top bloke if you know Zoran Matijevic. 😉

Dimitri Yianoulakis just having a laugh. Hope you get a replacement

Probably cleared to make way for a block of apartments on the spot.

Vanessa McIntosh - 12 minutes ago
Remi Fletcher Yvette berry ignores anything that makes her look bad If I was Kerry-Anne I’d be talking to Mark Parton MLA View
William Coats - 42 minutes ago
Yes if a house is left empty in the ACT the owner is liable for land tax. View
Maya123 - 2 hours ago
"It does not make sense for someone to be locking up a four to six-bedroom house" How many four or six bedroom government hou... View
Lifestyle 18

Garth Kirwin - 2 hours ago
they need to fix these lovelys up.if canberra loses these canberra loses it soul. View
Kathleen Lee - 10 hours ago
What! They are historical buildings. Don't be so silly. View
Glenys Callaghan - 13 hours ago
I love these buildings, they represent Canberra to me. I hope they are never pulled down as they are part of Canberra’s his... View
News 5