Hellenic club takes out Large Club of the Year 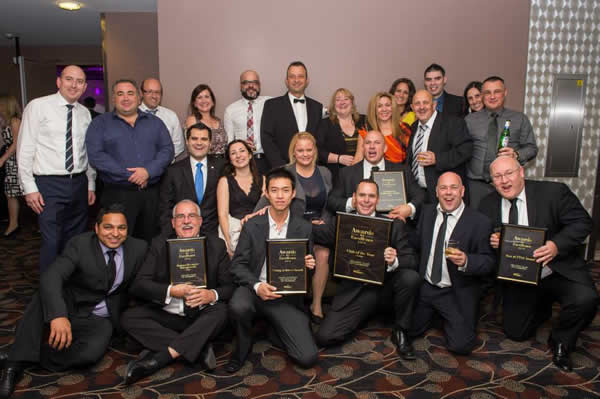 The Hellenic Club of Canberra have taken out the Large Club of the Year, winning the most prestigious club award at the 2014 ClubsACT Awards for Excellence Gala Dinner hosted at the Southern Cross Club Canberra, this past Friday.

The gala dinner is the clubs industry night of nights and is attended by over 400 industry leaders .

Jeff house CEO of Clubs ACT congratulated the 2014 winners who competed in 22 categories and saw clubs awarded for their excellence in food and beverage, service, community contribution, as well as a number of employee awards.

“There was a clear dominance this year by three club groups who shared multiple awards, the Southern Cross Club venues, the Vikings Group and the Hellenics. They are a tribute to the great work these clubs are doing in servicing the Canberra community.

“Notably, the Vikings Group took out seven categories including the Medium Club of the Year accolade for their Town Centre Club.

“CEO Greg Mitchel of the Southern Cross Club of Canberra has been a long serving figure in the Canberra club industry received the Outstanding Service Award.

“Despite the group dominance the National Press Club of Barton also took out three awards including Small Club of the Year.

“David Lockwood (25) of the Hellenic Club of Canberra was named the Young Achiever of the Year and was recognised for his outstanding ability and dedication. Assuming a role as Head Chef of the Hellenic Clubs Floresco restaurant at the Australian National Botanical Gardens he has displayed an ongoing passion and willingness to always take on new challenges despite his young age.

“Particular tribute is afforded to our industry partners who are integral part of our ability to support industry and hold nights such as this. Aristocrat, Lion, Bradley Allen Love, Carlton & United Breweries, OPCit and all our supporters we thank you” Mr House concluded. 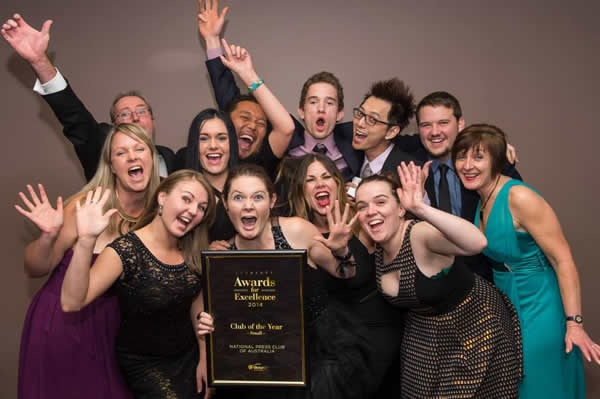 Carly Maree - 8 hours ago
I love how people act surprised when this city has some of the worst crime I’ve ever encountered? I lived in Sydney for 8 y... View
theroundone - 19 hours ago
Who's getting punished, though, asides from law abiding rates payers in this city? A racial or sexist epithet is treated more... View
News 1

HiddenDragon - 11 hours ago
The report aired on ABC Canberra news tonight about the devastating impact of the hailstorm on important crop resilience rese... View
News 12

mark boast - 12 hours ago
Why the rage against e-scooters? I ride the paths a lot on my bike and for the most part I see people behaving well and enjoy... View
Food & Wine 28

Rohit 'Swarley' Singh - 15 hours ago
The old demand a 50 upfront then charge you cause you're cooked again View
Buck Johno - 1 day ago
From what I remember of night rider busses it was only over summer. View
News 7

@The_RiotACT @The_RiotACT
The Dirty Sunflowers will be joining Slagatha Christie & Highland Light on stage this week. Find the details in our latest Gig Guide https://t.co/dJxSjsQRbd (9 hours ago)

@The_RiotACT @The_RiotACT
Multicultural Eats: Where to find the best Indonesian food in Canberra https://t.co/v5lPRYRs5P (10 hours ago)

@The_RiotACT @The_RiotACT
The ACT Government's about to launch its biggest-ever domestic tourism marketing campaign. What experiences would you promote to Australia? https://t.co/Oe3GbmEsGw (12 hours ago)