Here comes the next great pestilence, but this time it’s our willow trees facing the chop 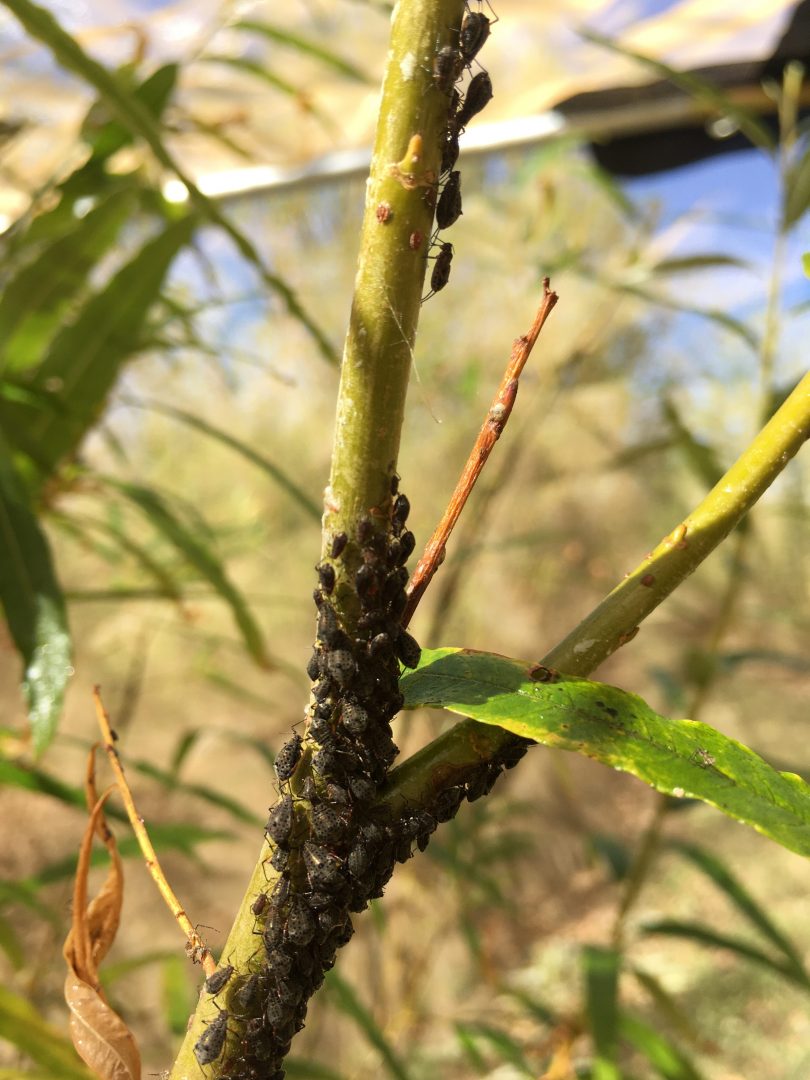 As one form of pestilence begins to recede, a local silviculturist is warning that another is on the horizon – but this time it’s the region’s willow trees that are at risk.

Braidwood truffle grower Peter Marshall says that the Giant Willow Aphid has arrived here from China, and that century-old trees around the South East are already dying. But he fears that ongoing campaigns to label all willows as introduced pest species means that little will be done to combat the devastating pest.

The Giant Willow Aphid is a large sap-sucking insect that extracts sugar from the willow tree’s sap and excretes honeydew. This falls around the tree and to the ground and is then colonised by mould as a food source, first stunting then asphyxiating the tree as photosynthesis is blocked and the tree’s sugar supply is cut.

Populations increase rapidly and there are no natural predators in Australia for the insect, which has also caused major problems in New Zealand and elsewhere, affecting not only willows but also poplars, apples and pear trees. They are spread by the wind. 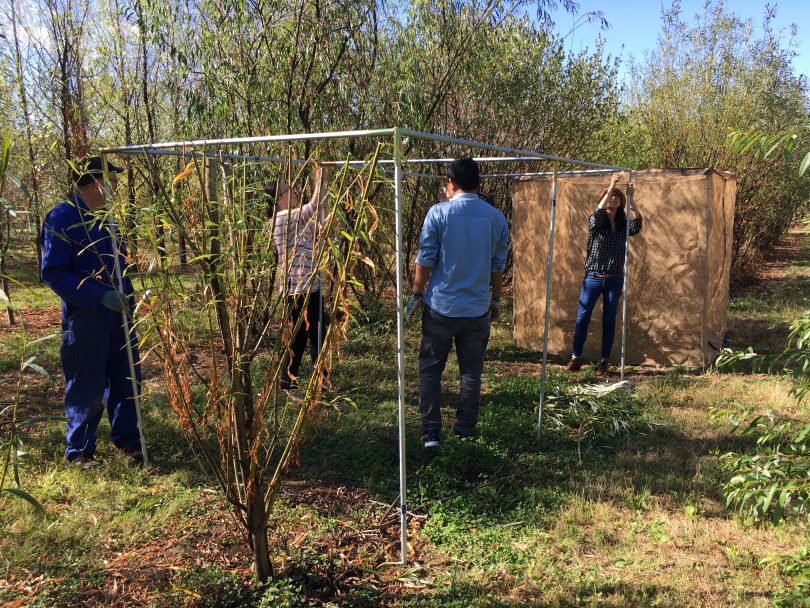 New Zealand scientists have been seeking a natural predator for the aphids.

The aphids’ honeydew attracts large numbers of wasps, which rob honey from hives and kill bees. Bees can also feed on the honeydew, but the resulting crystalline honey can’t be extracted from the comb.

“If you look at local willow trees around Braidwood, many have turned an ugly black colour in the last few years”, Peter says.

“We have 100-year-old willows that are now dead after three years under attack. The canopy starts opening up and the twigs look sick and broken. The trees can’t put out new twigs because they are attacked immediately. The bark is blackened and spotty, and the trees look desperate and ugly. It’s killed all the willow trees between my house and Braidwood.”

But given the substantial campaigns that have been run for the past two decades or more around removing willow trees, why should anyone be concerned?

Peter thinks this has been a catastrophe in itself. He believes that the time and money spent in trying to eradicate all willows has largely been misdirected, describing it as a “self-supporting, sanctimonious industry” without scientific validity.

“After willows are killed, they don’t replace them with anything else which is in itself an environmental disaster of the first order. It makes it politically impossible to discuss the aphid problem because people think willows are weeds.”

Peter says that New Zealand’s long and disastrous experience of hill erosion has enforced the value of willows to hold steep country in place.

“Over there erosion is a mass wasting process, you can see whole hillsides slip away. Over here it’s more insidious. Stream banks get ripped out by floods and an awful lot of country can suffer erosion without anyone noticing”.

In New Zealand, significant research dollars have been allocated to discovering a natural predator for the aphid. A parasitic wasp was eventually found by New Zealand scientist Dr Stephanie Sopow in Sacramento, where infestations on native American willows are being controlled.

The wasps were imported to New Zealand under strict biocontrol measures along with the aphids as their food source. Dr Sopow’s research work is taking place at Scion, New Zealand’s forestry research institute, where testing has established that the wasps don’t threaten other native insects.

Peter acknowledges that not all willows are in the right place and some species should be removed. But, he says, many old trees have done an important job preventing erosion, providing shelter for livestock and creating wildlife habitat where natives have been removed en masse.

“The anti-willow war has confused the issue. Unless we do something, it’s almost inevitable that all NSW willows will be badly damaged and weakened”, he says.

“The death of these trees will give off millions of tonnes of greenhouse gases. As the roots die and rot they will collapse into streams. Poplars and willows are good at growing in difficult sites and they’ve been successful because they have very few diseases, so they put all their energy into growing solid strong trees, an advantage now lost because of the Giant Willow Aphid”.

Peter says that willows and poplars are both easy to propagate and excellent fire protection.

“We would be insane not to tap into the New Zealand research and allocate serious money instead of harbouring this mindset about willows being a demon weed. If we don’t, the environmental implications will be disastrous”.

HiddenDragon - 25 minutes ago
Why stop with repatriation flights? The logical conclusion to the economies of scale argument (which is equally relevant to j... View
Capital Retro - 3 hours ago
Forget the "the significant costs and operational requirements associated with the program." being the reasons. The risk is u... View
ChrisinTurner - 4 hours ago
It is amazing how the number wishing to return home has remained constant despite over 100,000 returns. View
News 16

chewy14 - 4 hours ago
The solution to this is simple. Instead of building more public housing, the government should divest itself of almost all of... View
Food & Wine 2

Gassed - 5 hours ago
Shame I thought they were going to sell actual chilli's not just sauces... View
Brisal - 10 hours ago
I can't wait to check out the new store! View
Food & Wine 50

@The_RiotACT @The_RiotACT
Music festival organisers are chafing at the ACT's continuing COVID-19 limits on live performances and the uncertainty they face trying to plan and stage events https://t.co/rSXG3xdIXs (49 minutes ago)