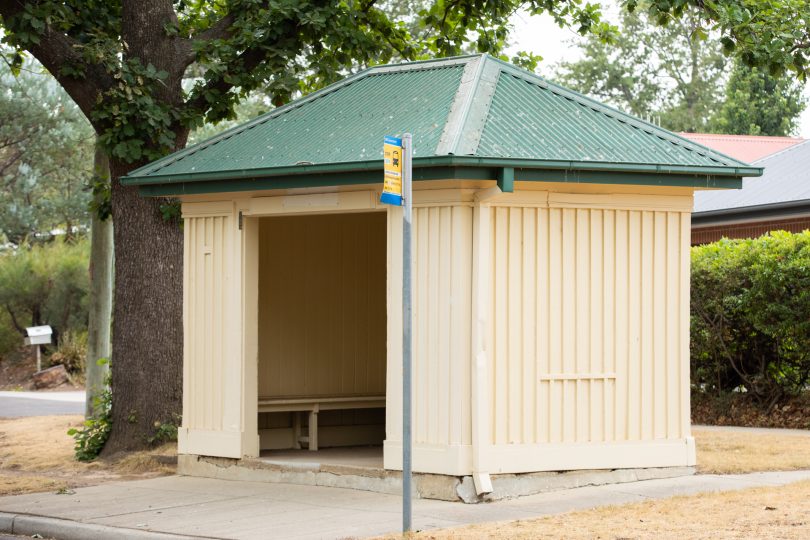 Some of the heritage-listed bus shelters, such as this one in Ainslie, are non-compliant with disability legislation. Photos: Michelle Kroll, Region Media.

Canberra’s heritage-listed inner-city bus shelters will be made wheelchair accessible as part of an upgrade of bus stops and park and ride stations recently put out to tender.

The tender says the introduction of the new public transport network has created an expectation from the community for higher quality public transport infrastructure, with the new light rail stops setting a new benchmark for quality.

The proposed work includes upgrades to existing bus stop infrastructure with improved waiting areas and bus shelters, new or upgraded infrastructure that complements the expansion of the rapid bus network and provides integration with light rail, and increased accessibility for people with disabilities.

It means some stops are no longer required but new ones are needed in areas of demand.

The tender says there are also areas where there are no shelters, or better lighting is needed to make travel safer later at night, an issue highlighted recently by the Women’s Centre for Health Matters which issued a list of bus stops that women felt were risky.

Many older shelters such as the iconic timber ones are not accessible to people with a disability, and they need to be brought up to the standard required by the Disability Discrimination Act (DDA) and Disability Standards for Accessible Public Transport (DSAPT).

The successful tenderer will be required to deliver detailed designs for the bus stop upgrades, including how they can be made disability compliant. There are 11 wooden heritage shelters in Canberra, five of which will be reviewed as part of the upgrade program. Four of the shelters are not in service and will be maintained only. Two of the shelters have already been upgraded to include pathway access and tactile surface markings.

Any modifications to the heritage shelters could face hurdles depending on the extent of the work required to make them disability compliant.

A document that provides an example to tenderers of how they should present proposed modifications shows suggestions such as rear or side entrances for the timber shelters.

Other shelters, including the ACT’s iconic round concrete structures, also need to be made compliant. 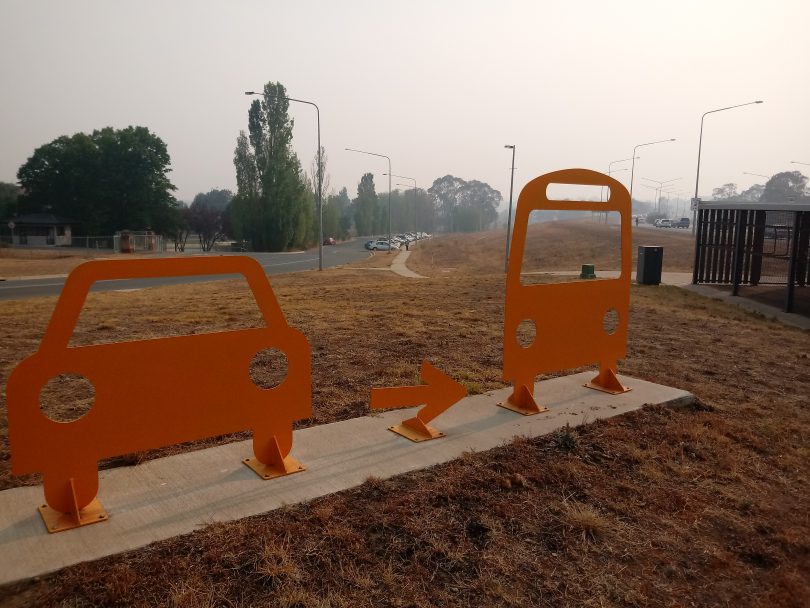 The North Weston Park and Ride is to be expanded. Photo: Ian Bushnell.

The work will include up to 75 new or upgraded existing bus stops, with improved waiting areas and bus shelters and other infrastructure where required.

Up to 25 existing bus stops and their infrastructure will be demolished and the sites reinstated.

The upgrades for high-use bus stops will include improved seating, shelters and lighting, installation of shelters, seating and bicycle racks.

The Park and Ride facilities at Wanniassa near the shops and North Weston on the Cotter Road will also be expanded.

The existing bus parking and layover at Fraser West Terminus will be expanded, with the work including new bus driver facilities similar to those at Valley Avenue in Gungahlin.

The tender says the infrastructure program is part of an ongoing program by Transport Canberra to progressively upgrade public transport infrastructure facilities.

Transport Canberra says that at this stage the locations, number of stops and details of the upgrades to be delivered have not been identified. These will form part of the detailed design phase of the project.