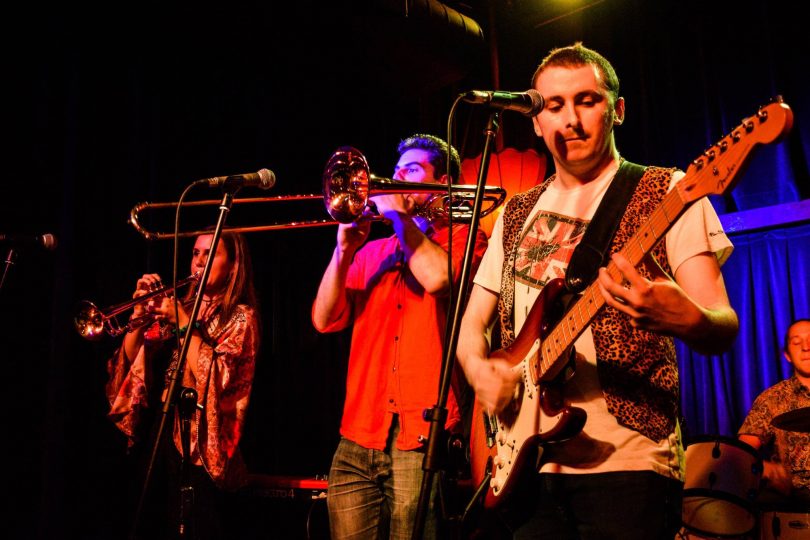 Organising a launch party for a song that you have played live a hundred times before seems contradictory to how the music industry normally works. But just like all good funk bands, local six-piece band An Inconvenient Groove don’t conform to normal music standards.

With tongue-in-cheek lyrics, ripping guitar solos, and the blasts of horned instruments, the grooviest climate-change-aware band in Canberra have built up a cult following since they emerged on the capital’s live music scene in 2017.

The band, comprised of Leon Sheldon, Eamonn McNamara, Nick Harrison, Nicola Mildren, Dom Gorman and Stephen Watson, has come along way since they played their first gig in front of an audience that was outnumbered by the band members at the Woden Youth Centre.

The band remembers that night fondly, even if it is with a laugh.

“We all hadn’t been in the same room before that night and I had only met Stephen the night before our first gig. Before then I thought he was just an imaginary member, as a fun band joke,” said the man responsible for the guitar riffs, Eamonn McNamara.

“We fit our passion for music around our other commitments so we don’t get to meet up super regularly to practice, so most gigs feel like a reunion gig because we don’t get to see each other very often.” 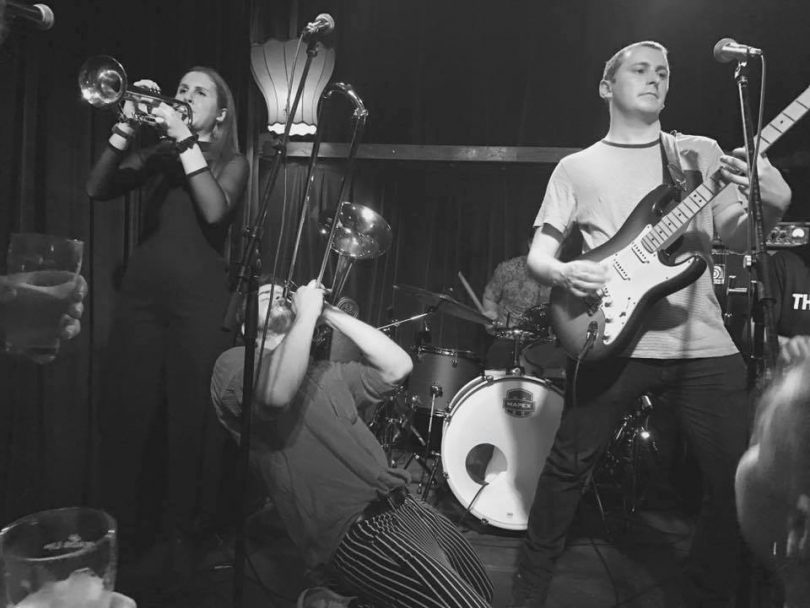 Every gig feels likes a reunion gig, the bad says.

Their rise to popularity has come as a surprise to the band, who never intended to spread their views on climate change, fossil fuels, Milankovitch cycles and record temperatures.

“The name for our band came first before the idea to become a climate change aware band,” drummer Nick shared. “The name came along and then we started writing songs that we could pitch as climate change theme songs.

“With all our different instruments, we are something that hasn’t really been heard of in Canberra, which was one of the reasons why we wanted to create a funk band.”

A month before their two year anniversary seemed like the perfect time to officially release their first single Science, even though the momentous occasion pencilled in for 15 February 2019 has been altered.

“We locked in this date as the day we were planning to release our album but the album wasn’t ready so we thought it was a great time to release our first single,” Nicola said with a laugh.

“We are a very aspirational band. We thought we could release an album in hardly any time but we slowly realised it takes a long time to get it right,” Leon chimed in. “We want to get an album out because even if that is all we do, it’s something we can look back on and be proud of.”