Hot weather, dogs and cars – a recipe for disaster 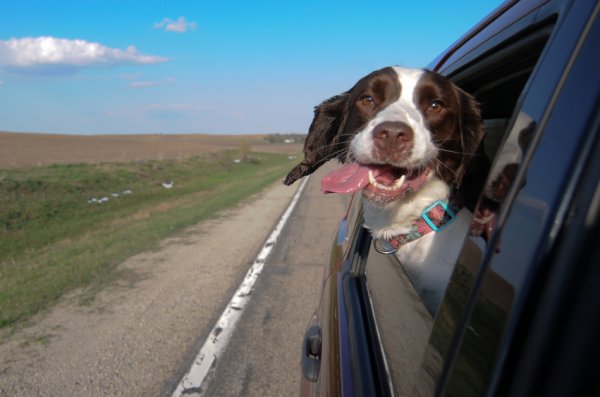 Over the past weekend Canberra was treated to some beautiful warm weather. The perfect excuse to head to Bunnings and pick up a few supplies for gardening. That’s what I had in mind. As I parked my car at the Belconnen store, I noticed the car directly opposite mine had a little dog in it. All the windows were up and the car was parked in direct sunlight. I immediately went into Bunnings and asked the information desk to make an in-store announcement. They obliged, and the numberplate was called out asking the owners to return to their vehicle immediately. By the time I got back out to the carpark, the car with the dog was gone. This dog was one of the lucky ones.

Dogs left unattended in cars on hot days can die in as little as six minutes. Car temperatures rise quicker than people realise and can reach more than double the outside temperature.

If a dog is left in a hot car it will eventually start being affected by heat stress. The dog will start panting and drooling, eventually it will become disoriented and may start vomiting. Seizures will follow and within a few more minutes your beloved companion will probably be dead.

Just leaving the windows open or parking in the shade does not reduce the car temperature significantly enough to protect a dog from heat stress.

In most cases, people do not leave their dogs in a hot car with any kind of malicious intent. Often, people just don’t realise how quickly the heat rises in a car and how quickly this can harm their dog.

If the car I came across yesterday was still there when I walked back, I would have called the police immediately. The RSPCA also respond to call-outs of this nature, but they are not as heavily resourced as the police are so there’s every chance they can’t get there in time. The police are much more likely to be able to respond quickly and the police also have more authority to force open a car door to rescue the trapped dog.

If you’re heading out on a warm day, only take your dog with you if it can spend the entire time with you. If it can’t, leave it at home where it will be safe and cool.

If you come across a dog in a hot car, call the closest police station immediately and take note of the car, number plate, and dog breed.

A fact sheet on preventing heatstroke in dogs can be found here.

Contact details for the RSPCA can be found here.

10 Responses to Hot weather, dogs and cars – a recipe for disaster
Filter
Showing only Website comments

I love dogs when they’re at the back seat!

Yeah right. Having some stranger smash in a window will really settle the kids.

Surely the sensible (if less self-righteously satisfying) thing to do would be to wait by the car until the owner returns, unless the kids or animals are obviously distressed.

Depends how hot the day is, really. And how is anyone to know how long the kids or dog have been in the car for? They could look like they’re asleep, therefore not distressed, when they’ve actually passed out from the heat. I just wouldn’t take the risk. My priority would be getting the kid out as soon as possible.

Yeah right. Having some stranger smash in a window will really settle the kids.

Surely the sensible (if less self-righteously satisfying) thing to do would be to wait by the car until the owner returns, unless the kids or animals are obviously distressed.

I follow the ACT police on Twitter. Somebody tweeted to them about a dog in a car at Bunnings and their response was to tell the Tweeter to ring the RSPCA!

I think that was my partner. Police media said (when they got back to me about my request for info about 7 hours after this article went live) that the RSPCA should be called in the first instance. When I spoke to the RSPCA, they said call the police. I think this is something that obviously needs to be resolved. If neither want to take the first call of responsibility then people can’t be blamed for smashing the window in to retrieve the animal.

I got abused last week for caring about 3 toddlers sitting in a car unattended at Bunnings Belconnen. It was last Monday actually and quite a warm afternoon. He was the most rudest and fouled mouth man I have ever met.

So, you’ve had a preview of what the three toddlers will be like when they grow up then?

I follow the ACT police on Twitter. Somebody tweeted to them about a dog in a car at Bunnings and their response was to tell the Tweeter to ring the RSPCA!

PWAND will give a courtesy call to the effect of “does anyone own this car” prior to the smashing of a window but typically not knowing how long it has been there the luxury of having the nearest retailer make an announcement is unlikely.

Personally I recommend the life hammer personal rescue tool. It’s compact and as well as a punch for breaking windows it also includes a safety belt cutter

I got abused last week for caring about 3 toddlers sitting in a car unattended at Bunnings Belconnen. It was last Monday actually and quite a warm afternoon. He was the most rudest and fouled mouth man I have ever met.

worse still is people leaving kids in a hot car…

NiCe_tRy I_WoNT_LiE - 28 minutes ago
Anyone who knows bruiser could've told you he would pass the test. Good on ya bruiser !!! View
Chris Pye - 1 hour ago
Yes!!!! There is still some good in the world! Absolutely wrapped for Pauly and Bruiser 👊 View
Sharon Allan - 2 hours ago
Such great news Paul glad bruiser and u will b reunited soon 🐕🥰 View
What's On 1

How to keep your cool in Canberra during a heatwave