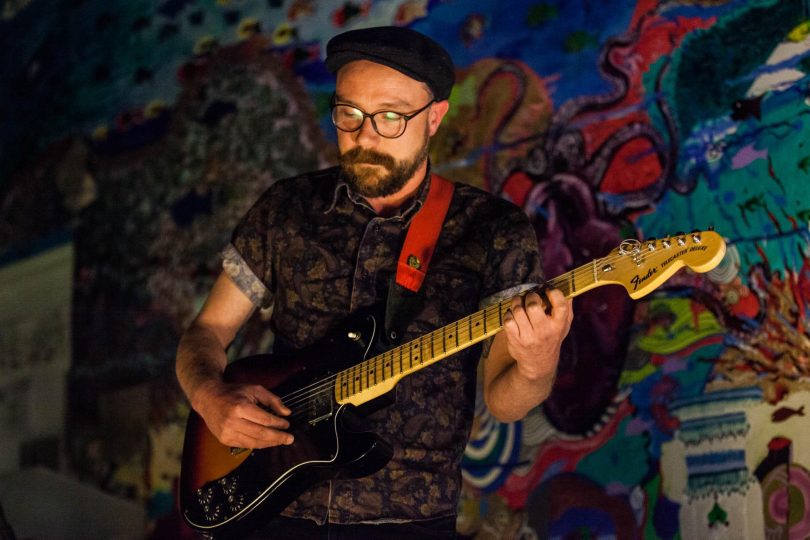 Sebastian Field will launch his new single next Friday night at The Street Theatre. Photos: Supplied.

Another man’s trash is another man’s treasure, they say. That was definitely the case for local musician and former Cracked Actor frontman Sebastian Field.

It was on a guitar snatched from a fire that Field wrote his latest song Liberty Bell, the second single from his upcoming solo debut Picture Stone.

Though the recording process saw the song transform into a melancholy piano ballad, it was on a guitar that Field first strummed the opening lines of the song.

“The song was written on a handmade guitar a crazy Finnish gentleman made, who has a similar perfectionist streak to my own,” Field shared. “He was on the quest to make the perfect guitar and he would go through the process of making a guitar and if he didn’t like it for some reason, he would chuck it in the fire.

“So he had one of these guitars that he wasn’t happy with that he was going to destroy, so I happily took it off his hands.” 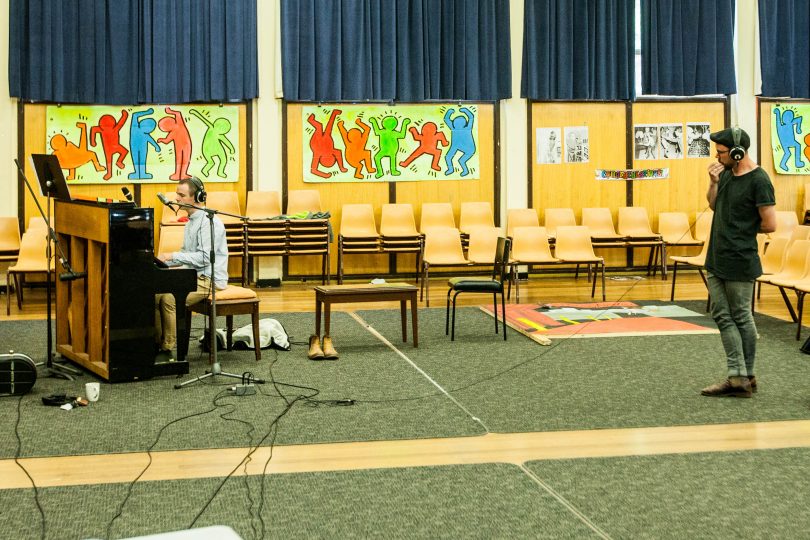 Liberty Bell was recorded in the hall of Ainslie Primary School.

With ethereal piano notes by acclaimed pianist Luke Sweeting and his own fragile falsetto, Field ponders on an infatuation and disillusionment of a romantic relationship and moving on after your love is unrequited.

“A Liberty Bell is a famous symbol for freedom and justice so you can attach to that whatever you like really,” he shared. “The song has an obvious connection to romantic disillusionment but I like the listener to do the work and find their own picture the song portrays.

“My favourite types of lyrics are abstract ones that don’t box me in particular narrative. I much prefer the experience to imagine bits and pieces of what it can mean.”

Field is not too sure where the lyrics came from but believed it bubbled up from within as he sat on the couch playing the fire-saved guitar.

“My creative process works when it wants, it has a nature of its own,” he shared. “I have come to the resolution that the creative process is some type of communication of emotional states from the past.

“They bubble up when they want. It could be on the bus or it could be right now.

“I need to be really delicate with the creative process because if I am too forceful with it, I can stifle it a little bit.”

The full album, which will be released in the coming months, has been in the works for a number of years after Field received an arts grant from the ACT Government in February 2017. After a two-year process, it has left him largely happy with the finished work. 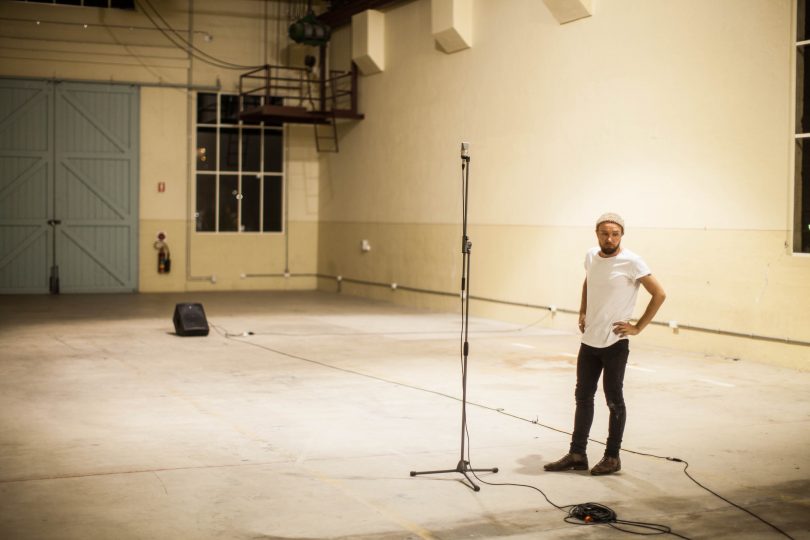 “I suppose there is the endless striving that will occur but there are more particular points in the process that I could have done better and I haven’t quite hit the mark. There is even one track on the album that I think I hate, but I have left it on there,” he said with a smile.

With a reservoir of talent and an inexplicable creative process, Field is in no hurry to retire from music.

Although he promises his next album won’t be as time-consuming as this one was.

“If you end up making something that you are happy with, why not do it again? I already have ideas for my next album.”

Joined by local powerhouse Happy Axe, Field will take The Street Theatre stage next Friday night (3 May) with a set of songs and renditions that cover his past and look forward to his upcoming album as he continues his transition from one-time band leader to a captivating solo artist.