How did you meet? 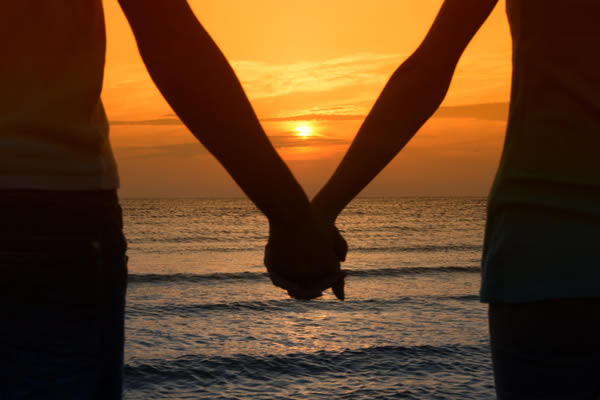 To help inspire people and show the various different ways there are to meet people in our fair city I interviewed a whole bunch of people for their ‘How did you meet?’ story.

* Please note all names have been changed to protect privacy.

“Gary and I met online through RSVP. I was only on there for 3 days as I was procrastinating from my uni work and gary tried to contact me many times and each time I denied him, but he kept going so I thought I give him a chance. We started talking, had a Max Brenner date 2 days later and we’ve been inseparable ever since”
— Cynthia

“Sasha and I met while working together. The good ol’ office romance.”
— Bob

“We met at St Francis Xavier High School in year 7, I asked Dave out in year 9 and we got married 7 years later in 2010. We’ve now got 2 kids and another one on the way.”
— Melinda

“We met 15 years ago when my now husband held a backyard BBQ in the inner north, asking anyone he invited to bring ‘extra friends’ in the hope that one of those extra friends would be a girl he hadn’t met yet. We hit it off right away and only later did he tell me that the whole BBQ had been arranged to bring new girls into his life. It worked!”
— Heather

“I met my partner in a nightclub in Liverpool Sydney. My girlfriend was going to take him home and I convinced her that things would be awkward after the deed was done. I ended up dancing with him, later marrying. I was 17, he was 21. I was an apprentice hairdresser, he was in the Army. My girlfriend ended up taking his friend home and he has the ongoing joke of how he had his “grass cut” that night”
— Jasmine

“I met my husband the day I was born! Our mum’s were in the same hospital ward at the original Canberra Hospital – he’s 2 days older than me. Our mum’s stayed in contact over the years and we would see them every once in a while. I always thought he was a cutie from the time I can remember, way back from when I was 8 years old, too shy to ever say anything, he was the same. I asked him on a date when we were 17, he said no, I was crushed, he was joking! The rest is history, I’m still married to him and we started dating nearly 29 years ago now – shit that’s ages”
— Lizzie

“We both worked at Supabarn in the City, when there was still a road between it and Target. I was 16 he was 17. Good times.”
— Madison

“I met my husband at the National Aboriginal & Island Club, Adelaide House, Woden in December 1980.  This is now Fernwood in what is now called Bonner House and we’ve been together for over 30 years.”
— Anne

“I first met him at work (big splash) and asked him on our first date over Facebook.”
— Lilly

“After trying online dating for a few months and I was just about ready to give up I met Tad. He was the first guy I started dating that didn’t play games, if we wanted to see each other we did, there was no confusions. Now we’re creeping up on 3 years together”
— Sarah

“I met my man through a family friend; he stole my email because he thought I was pretty. We talked online and wrote to each other, then after we met properly I fell hard, but as he lived in Central Coast I just gave up and tried to just be friends. Then he told me he thought he loved me. He moved to Canberra and in Oct we’ll have been together for 7 years.”
— Amy

“The other half and I met at the Street theatre. I saw him in a play and chatted him up afterwards!”
— Cass

“Went to high school together, however ended up going to different colleges and lost touch. We ran into each other after college in various night clubs like Southpac and are now married with two little boys.”
— Louise

“We initially met through a work connection (but not face to face). That came afterwards at a random encounter at an Iron Maiden tribute gig at The Basement.”
— Shannon

“Dean and I met in Year 10 at Gold Creek High School after I moved here from South Africa! And apparently because I asked him to dance with me during a gym class it gave him the courage to ask me out, while his friends vowed to hook me up with one of his other friends instead! 3 years later and we are still together!”
— Laura

“Troy and I met at the Canberra race track on Melbourne Cup Day. We then ran into each other at Bobby McGees a couple of weeks later. 🙂 That was 20 years ago this year! We have two anniversaries we celebrate, our “meetaversary” which is Melbourne Cup Day and our wedding anniversary which is early November. Occasionally those anniversaries fall on the same day for a double celebration”
— Liza

Tags dating dating in Canberra how did you meet?

@The_RiotACT @The_RiotACT
St Benedict’s in Queanbeyan has been helping locals for more than 15 years, offering meals, friendship, advocacy & support to those who need it most https://t.co/l22RO7R84o (39 minutes ago)