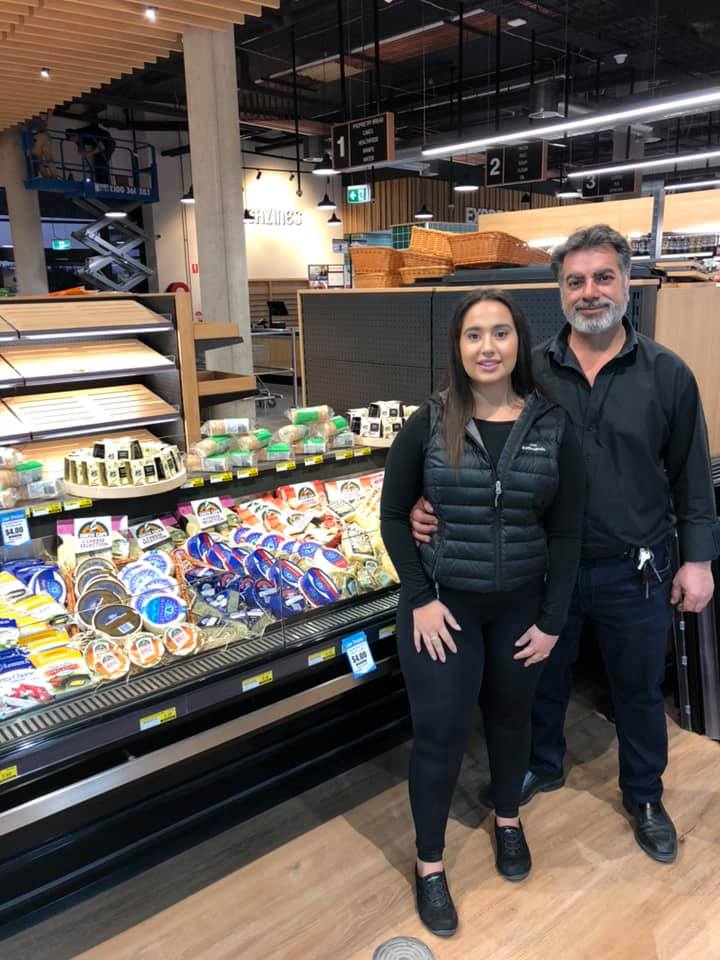 The new operator of the IGA at Denman Prospect is Marinos Haridemos, pictured with his daughter Stephanie. Photo: Facebook.

The doors have reopened at the IGA supermarket at Denman Prospect after the shop closed to make way for a new operator.

The Haridemos family of Marinos, his wife Catherine and daughter Stephanie opened the doors at 7:30 am today (Wednesday) and are looking forward to serving the residents of Denman Prospect and the Molonglo Valley.

The Haridemos family had operated the IGA at Richardson for 21 years before closing the doors there and taking the opportunity to reopen at Denman Prospect.

The developer of Denman Prospect, Capital Airport Group, was forced to close the IGA at the start of August after reports of supply issues and inadequate stock on the shelves for some time. The store initially opened in January this year.

CEO of the Capital Airport Group Stephen Byron told Region Media that the previous owner had left the Group in an untenable situation.

“The sales were good but the money just wasn’t being put back into buying more stock.

“It was an entirely unsatisfactory arrangement and we’re deeply disappointed by the commercial behaviour of the previous operator.”

Mr Byron said he couldn’t be more delighted with the Haridemos family opening the supermarket.

“Marinos and his wife Catherine are fantastic community supermarket operators.

“One of the things they love is employing young staff and teaching them the skills they need, so that’s a great thing for the region, and their commitment and excitement about the store is just tremendous.

“We have heard from so many shoppers who are looking forward to the IGA returning. It has always been our goal that this supermarket serve the residents of the Molonglo Valley and we are confident under the new management that it will play the critical role in the community that we always hoped it would,” Mr Byron said.

The IGA at Denman Village has been restocked and refreshed and the new owners say that shoppers will find a new selection of fresh produce, meats and cheeses. 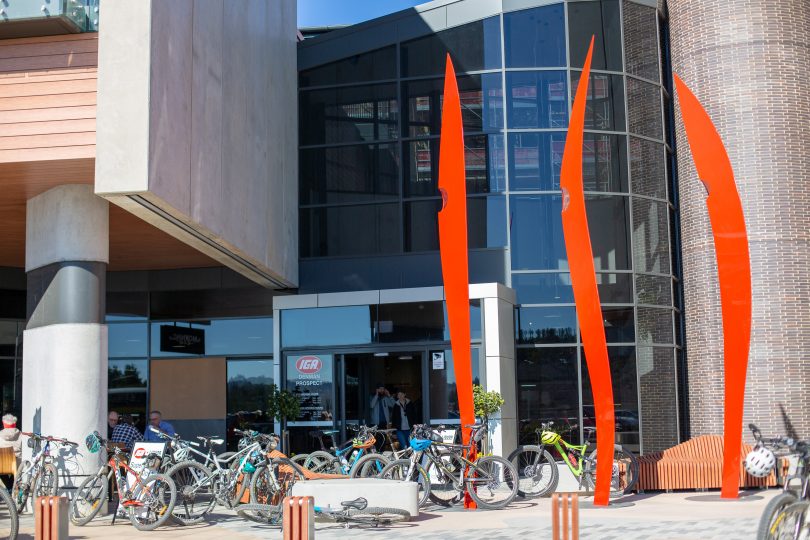 Despite the temporary closure of the IGA, the centre’s cafe, Morning Dew, has grown in popularity among residents. The medical centre has also been very busy with patients since opening. Club Lime Denman and ENHANCE Healthcare, a family chiropractor, have also opened to eager customers. Capital Chemist, Domino’s Pizza and Molonglo Smiles dentist are expected to open in the coming weeks.

One shop remains vacant, which is expected to be a tavern-style restaurant.

The first 38 apartments at Denman Village are also all sold and the first occupants will have their keys tomorrow (Thursday). More apartments are also being constructed.

Mr Byron said despite the initial teething problems, they are committed to high-quality facilities for the suburb.

“You don’t get everything right the first time, but we’re committed to seeing it through for the long term to make sure it is right,” he said.

The Denman Village Shops are at the heart of Denman Prospect, which will welcome several hundred new residents over the next year. While many new suburbs have shops as a final addition, the Denman Prospect team wanted to make sure the shops were a top priority.

To celebrate the expansion of Denman Village Shops, Capital Airport Group will host a spring festival for residents and families across the ACT on Saturday, 19 October.

Visited for a look and bought groceries. Its looking good

I went for a visit yesterday . Really well stocked and clean supermarket with good prices and a fantastic vibe at the local coffee shop . What a beautiful area . Canberra is so gorgeous 😊

Nathan Miller we might be able to get some butter 😂

Jason Woods check it out