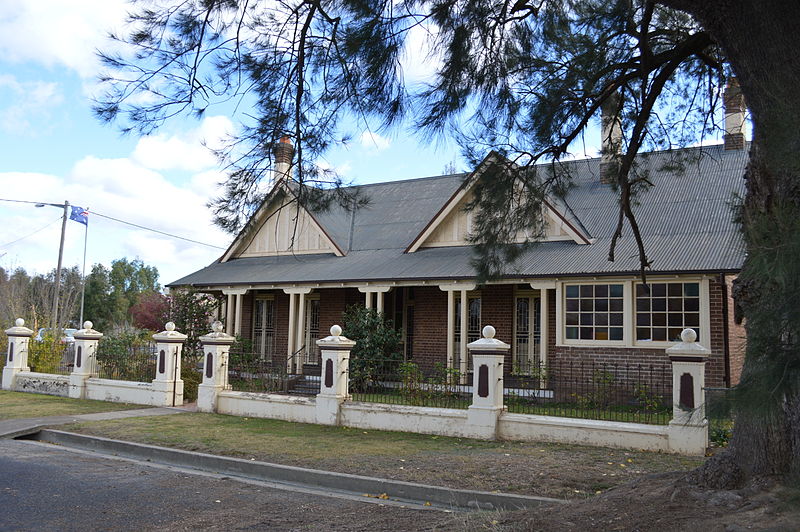 Cyclists from Canberra and Sydney, including those nearing retirement visiting their future addresses at Murrumburrah, may not imagine the story behind their favourite coffee shop.

In the recent chapters of this 1902 iron-roofed home are women who broke all the rules in business, a lodger who plied them with whiskey, and a sure-footed bank manager.

As wool prices slumped and small businesses folded, the women rejuvenated the run-down home into a craft and coffee shop. They had no money. They still don’t have a coffee machine. Yet 48 years later Witchcraft and Coffee Cottage has never missed a day’s trading except for Good Friday and Christmas days.

The former five-bedroom mayor’s residence, with drawing room and servants’ quarters, has made a country hospitality marvel out of Murrumburrah, a village attached to Harden, west of Canberra.

Sarah Hyles recalls her mother Margaret Pavitt was like a fox terrier when she had an idea. Married to a woolgrower, Margaret took wool looms her husband made, and six other women, to make woollen ties which they sold to Qantas and Department of Foreign Affairs bureaucrats.

Witchcraft started years later in 1971, when Betty Brody, whose husband owned the home, invited Margaret to go into business. “I said no, I have another suggestion, I want something to benefit everyone in the district,” Margaret said.

From a public meeting, an elected committee adopted her idea of turning the run-down home into a craft centre and coffee shop. 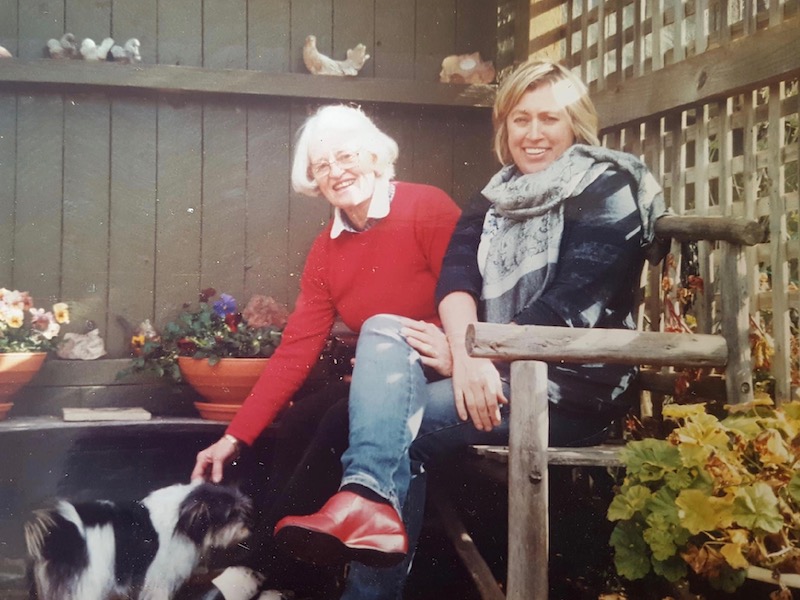 Harden’s Commonwealth Bank manager Ron Thornton, a former Canberra Bankstown rugby league half-back, approved a $6500 loan, and another loan to build a craft centre on the same block of land. “He was marvellous, he understood us,” says Margaret.

“We bought the building, without ever missing a repayment. We were really quite chuffed with what we had done. It was a mess, not in good shape, nor was the garden,” Margaret says. “That meant screwing the arm of every husband and every male around we could get to help us. 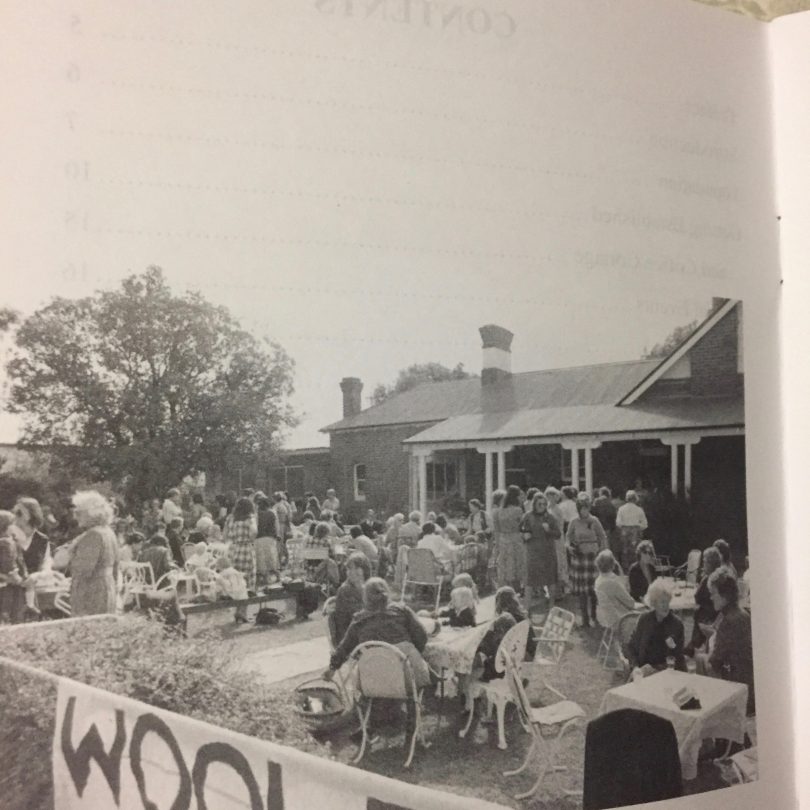 An exhibition event at Witchcraft in its early years.

“We only had wood burning stoves there. My husband and our neighbour Malcolm Norton Knight sawed wood on the property and stored it at the home. A woman would take in kindling, another woman attended early morning to light the fires. It really was a community project,” Margaret says.

“It was such fun. It was lovely. We even made our own strawberry jam. Some of our committee, that includes my husband and my son, I made them pick strawberries at Robertson and at Galong, we would make the jam up for the scones.

“One of the committee members Irelene Hilder made scones for 19 years, and they were really good. She would make them every day. We froze some for weekends and things like that. Marge Beveridge made soups for 23 years, which were put into mugs and frozen so they came out as people ordered them. Mary Norton-Knight was a fantastic supporter for many years. 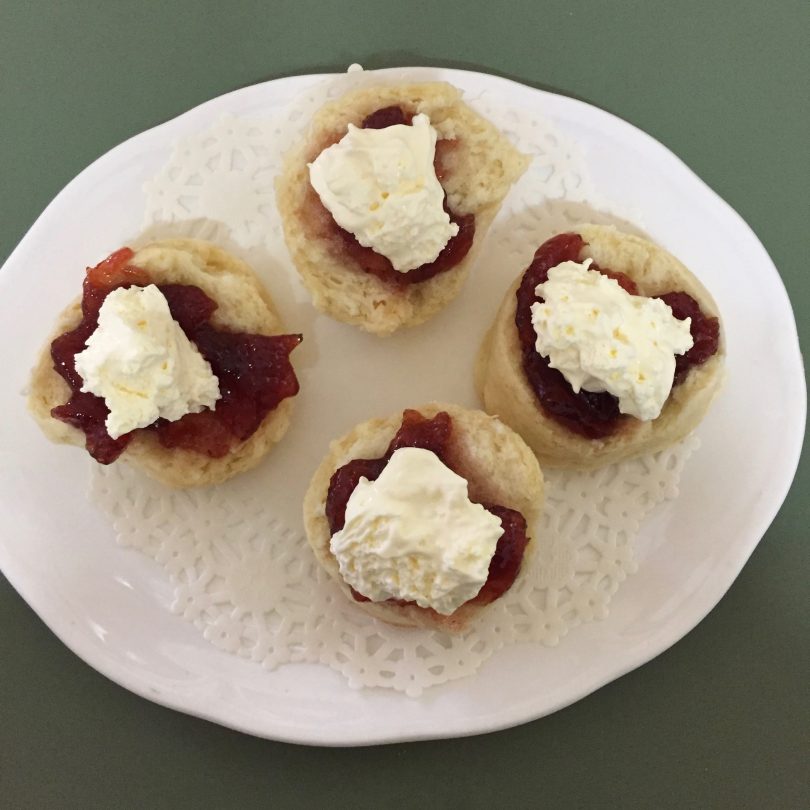 “I never had any doubts that it was not going to be a success. We had benches for $10, that gave the person who put them in the privileges of selling their gear through the place. Ten per cent was taken for the running of the cottage. Quickly hand-crafters came from a long way away, as far as Armidale, they had to pay 20 per cent commission.”

For 15 years they rented the back two bedrooms and separate kitchen and living room.

“We rented it to a nice gentleman, Pat Beveridge, who would help me enormously. At weekends when it was very busy he would come around in the late afternoon and start washing up in the kitchen, then go back to his flat and return with a tray with three glasses and a bottle of whiskey. He was wonderful.”

For nine years an Adelaide traveller arrived each Christmas Eve. “He bought his Christmas presents which we wrapped for him. The pottery was really first class then. He would take all his presents on to Canberra and front up to his family the next day,” Margaret says.

These days Linda Taylor is president, Brenda McDonald and Jenny Loader secretary of the corporation that replaced the committee. The menu hasn’t changed, although quiche has been added. But the nearby pub has re-opened and sells coffee.

“There are four coffee shops in one block,” says Jenny. The volunteers have replaced the wood-fired stoves with a split-system air-conditioner and solar panels on the roof help offset huge power bills. The cottage continues trading seven days a week, as its Devonshire tea becomes more famous than ever.

My great grandparents lived in this home. My grandfather was the mayor, the doctor and the dentist!

Russell Jenny is mentioned in this article

Have stopped a few times to take a look at the shop and I absolutely loved it, keep up the friendly service ladies you do a wonderful job.

Rachael Bursell Nanna did used to go here, and I was dead set convinced for years that she was a witch. Because she would go to which craft for a free hours and when she came home so would often go into her room for a spell afterwards. It wasn’t until years after she died that I connected the dots (I’m slow)

Rachael Bursell I thought it was run by witches.

Luke Juratowitch and you have no idea View