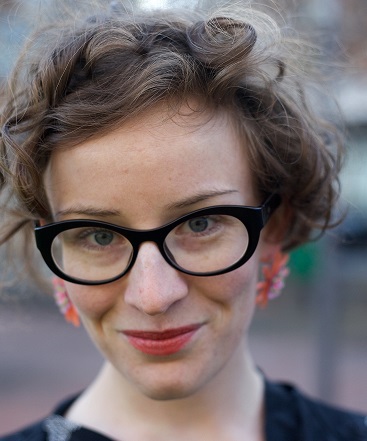 “Where I End And You Begin” opens next week at the Street Theatre. The work of local playwright, actor and musician Cathy Petocz, it’s been in development for three years and is finally ready for audiences. But audiences will have to make some hard choices to enjoy this play: “Where I End” is actually two plays performed in the same space and the audience will have to decide what to focus on. Cathy sat down with us at Tilley’s for a coffee and a chat about this exciting new play.

You’ve said that you write to answer a question. The two main characters are detectives, so what are their questions that they’re trying to answer?

“Where I End And You Begin” is actually two plays happening at the same time so the protagonist of one play is a woman called Polly and she’s got a client who has been experiencing blanks so she’s trying to figure out what they are and early on in the play she notices that he reminds her of her previous partner. And so that brings up a different kind of investigation. And in the other play is a deep space private detective by the name of Whatshisname, and he is on a missing person case – but the problem is that the person who hired him is also missing, so even to start the case (which he desperately needs to) he has to find her.

If he can’t find his client, how will he get paid?

It’s not really about money, it’s more about sense of self. He needs to be this private detective and he can’t be one without a case and so he needs that case so badly.

The idea of having two plays at once made me think of “Speaking in Tongues” (play by Andrew Bovell, adapted as the movie Lantana) where it’s done in such a way that the audience can still follow what’s happening. I was wondering how can the audience follow the action when you’ve got two plays in one spot?

Well I think it’s going to be challenging, but in a way it’s kind of like being at a party and you sit back and have a drink and watch the raucous action unfold and you kind of tune in to different conversations and then something amazing happens over here and then your attention changes… So it’s a little bit like that. Also, you have to make a choice sometimes – you have to decide who you want to listen to. And I had that experience a few years ago when I watched a play at the Street Theatre called Love Puke (by Duncan Sarkies). At one point all of the six characters started delivering monologues to the audience simultaneously, it was very instant and surprising and very soon you realised you had to decide who to listen to… I picked a guy who was standing near me and my focus travelled into him and I could understand him perfectly and all of the other voices faded out. That was really interesting to me and I felt like a really active audience member because I got to decide things and I got that feeling of exclusivity. I heard him and missed out on other things but a lot of audience members didn’t know that story that he was telling, it could have been just me. That was exciting as an audience member.

And there’s a lot of repetition in the work, and that’s got to do with the characters and their obsessions but it’s also a way for me as the writer to make sure all of the audience members, no matter where they’re sitting, can have a bit of a grasp of the plot. But it’s not the kind of play that you need to be holding onto the plot and really working through it. It’s supposed to be confusing. You’re supposed to just give in to it, in to the confusion. Because the nature of existence is confusing and relationships are confusing and that’s what it’s all about.

There seems to be a theme of identity in this play. Any connection to your own life?

Every character is part of who I am. There are so many ideas about the self: the essential self, the constructed self and the performative self… And I feel that is true for me, the series of performed selves are all completely true but very different from each other. I’m using all the different characters to explore a different sense of self. And that’s true to how I experience existence.

I am an actor as well and it’s been helpful as a playwright to have that perspective on the work – knowing what it’s like to be an actor.

Is there anything else you want to talk about before we wrap up?

In terms of what I want for the audience, I want this to be a real treat. It’s very theatrical. Encapsulating a world, moments of surprise, moments of wonder – they’re part of this work. Audiences can expect to be overwhelmed, certainly, but also full of wonder about life.

“Where I End And You Begin” opens at the Street Theatre on October 18, running until October 26. Tickets available at: http://thestreet.org.au/?page=whereiendyoubegin

Tags cathy petocz the street Where I end and you begin

“Life: the Show” is a cabaret circus Spiegeltent spectacular

Death Cab For Cutie Will Keep Providing The Sads

French farce comes to town with a distinctly Australian twist