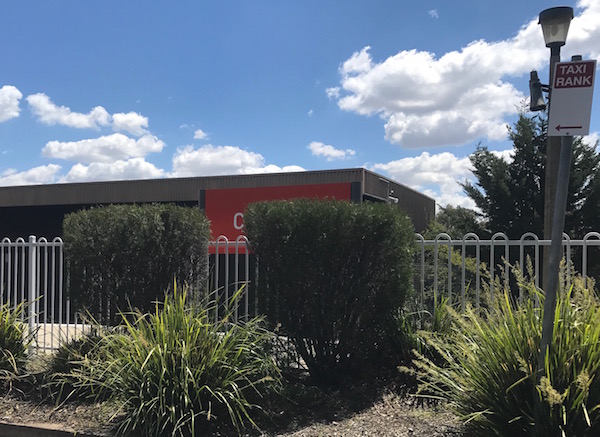 Welcome to ‘C’, the nation’s capital! 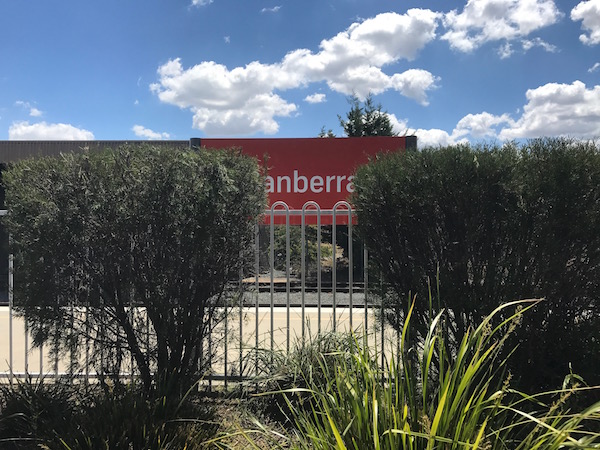 This Canberra sign at Kingston Railway has got to be on the shortlist for silliest sign in the city.

Not that there’s anything silly about the sign itself, it’s more the positioning of it in front of two well-established bushes that is the issue here. 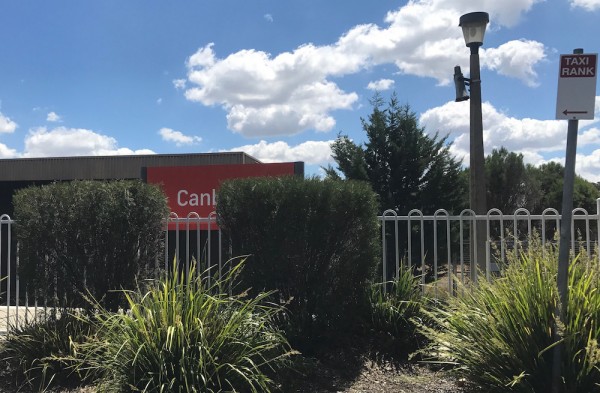 In the installation team’s defence, the main purpose of this sign is to welcome visitors on the other side of the fence. It’s the sign that travellers arriving by train see as their carriages pull into Canberra station. But being double sided, the end result is a sign that works well for its primary function, but is a complete shocker when viewed from the carpark or taxi rank at the station. 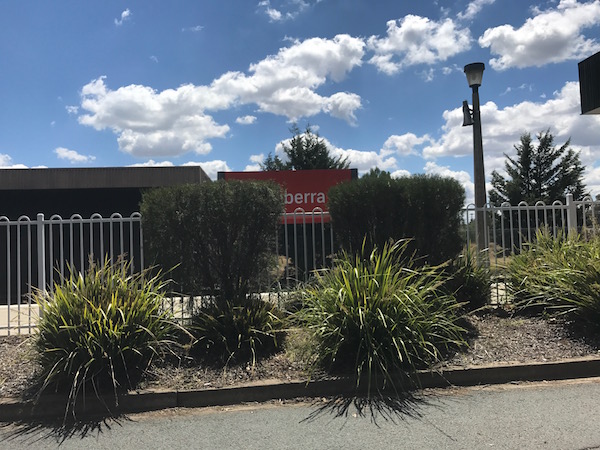 The orange sign is part of the NSW State Rail network’s signage system rather than anything to do with the ACT Government.

The signs were rolled out to benches and poles at stations within the Sydney and state rail networks from late 2014/early 2015.

Here’s a video about it from Sydney Trains Vlog:

To be fair, I can’t see a simple solution to this problem. The bushes obstructing the view are part of a row of plants that provide some attractive landscaping in contrast with the mostly bleak outlook for new arrivals to Canberra Station. To trim them or remove them would be a shame. 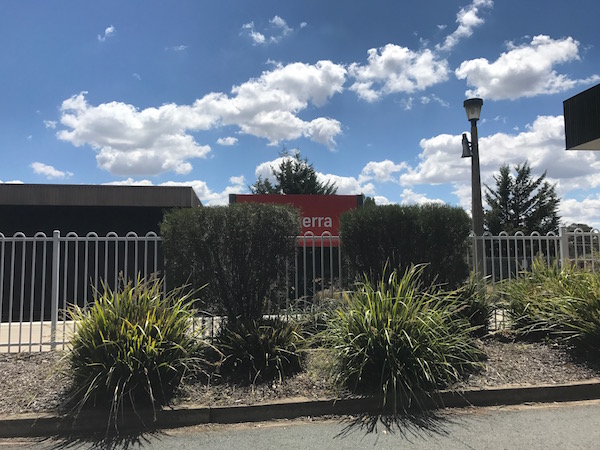 Raising the sign is probably not on option given it needs to be a certain height to be viewed by seated train passengers on the other side.

I reckon this is one of those quirks that we’re stuck with.

So you’re worried that people arriving in the carpark might not know where they are?

It’s a platform sign. It has nothing to do with people arriving in the car park.

Evan Hawke - 5 minutes ago
Glory Hammer I totally agree that every area needs politicians who fight for there areas. Most of the politicians in my area... View
Vicki Herbert - 9 minutes ago
Glory Hammer haha. Hadn't noticed but will be on the lookout now.... View
Glory Hammer - 1 hour ago
Vicki Herbert, have you noticed that some of the candidates don't even know how to spell Yerrabi?! Not naming names, but if a... View
ACT Election 15

Canberrans won't be catching the buses from an underground city interchange after the idea was canned due to the cost....
ACT Election 21

@The_RiotACT @The_RiotACT
There’s a new food van on the block in Belconnen and it packs a ton of nostalgia & amazing Sri Lankan flavours https://t.co/aOH5vJ6z8f (33 minutes ago)