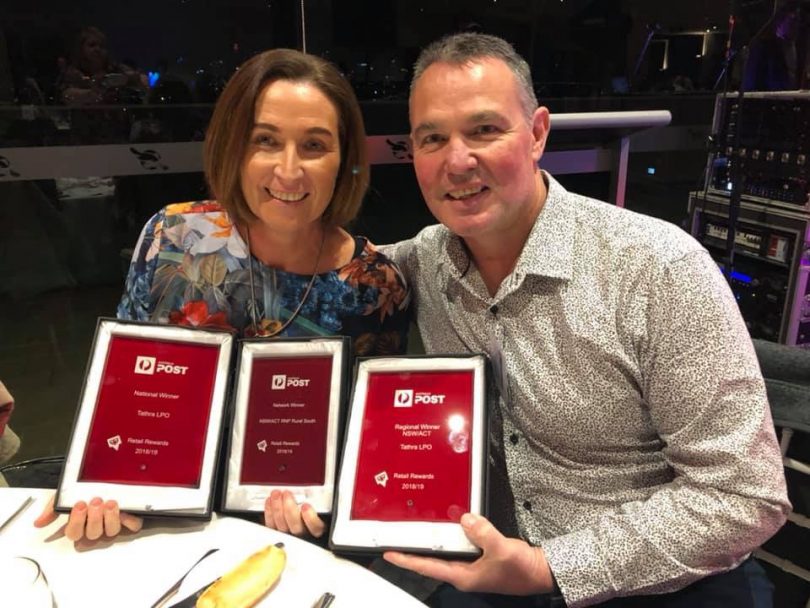 Tathra’s small but mighty post office has won big at the 2019 Australia Post Retail Awards in Sydney over the weekend, taking first in the region out of 112 other stores, first in NSW and first in Australia, making it officially the best little post office in the country!

Tathra’s Licenced Post Office has been under the ownership of Deb and Ian Alker since 2016. Deb attributes their success to being more than a place to send the odd parcel.

About to board a flight to Bali for a well-deserved break after attending the awards in Sydney, Deb says that moving with the times and diversifying have been crucial.

“Banks are closing their doors and offering fewer services,” she explains, “and at the same time, post offices are offering more and more services – and with rapid changes to technology, there is a lot more to come.”

Deb had been working at the post office since 1999 when she and Ian bought the business three years ago. She says she could see its potential as a community hub. 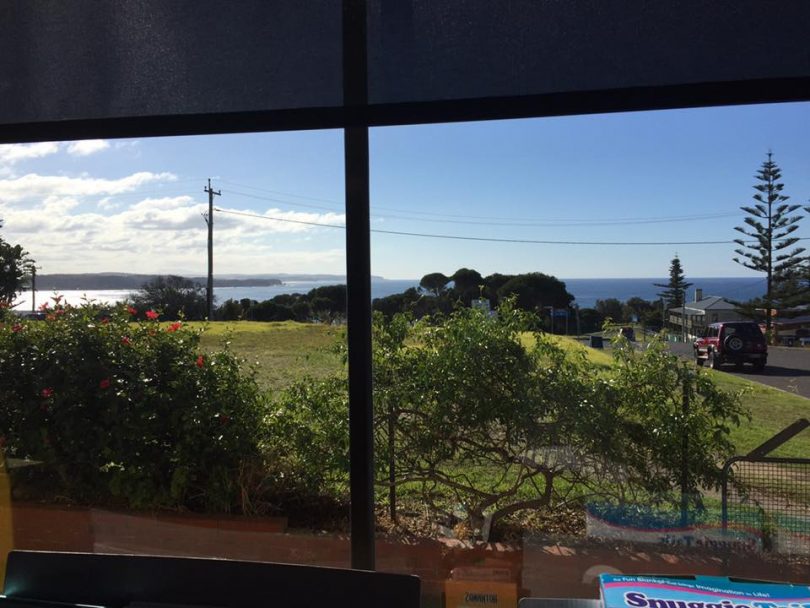 “I think it’s good for our towns, especially smaller towns, to have a place you can go for all kinds of services so you don’t have to travel so much,” Deb says.

Deb and Ian’s son Mitchell is at the counter while his parents are away.

“The awards are based on percentage sales increases, parcel compliance, and customer feedback,” he says. “Basically, meeting our targets and keeping our customers happy.”

But the Post Office’s role after the Reedy Swamp, Vimy Ridge and Tathra Bushfires last year cemented its importance to the community.

“We did everything we could to keep people in the loop,” Deb says.

It’s work that also saw Deb named the Bega Valley Citizen of the Year on Australian Day this year.

“When the people of Tathra were reeling from the tragedy and trying to adjust to a ‘new normal’ Deb at the Post Office was a mainstay of normality for many,” Mayor Kristy Mc Bain said at the time.

“Even though some of Deb’s family and friends lost their homes in the fire, Deb was committed to keeping the Post Office services running as normal, and in so doing she provided an important community hub, disseminating and sharing vital information about bushfire-related services and meetings, offering people a reassuring chat, and providing that all-important social glue in a time of great stress and distress.

“As a grateful resident said, – Going to the Post Office was a little bit like going home – especially for those of us who had no home to return to.”

The point scoring system that Australia Post uses to ascertain the winners of its awards is adjusted for population. Deb says it often feels like she sees more foot traffic than some of the big stores in Sydney.

Tathra is not only a beautiful place to walk to your local post office but you’re also guaranteed an easy, close parking space where you can leave your radio on and your doors open while you run in.

Laughing, Deb advises her customers to check and make sure they don’t have a stray dog in the car before driving away!

Enjoy your holiday Deb and Ian!