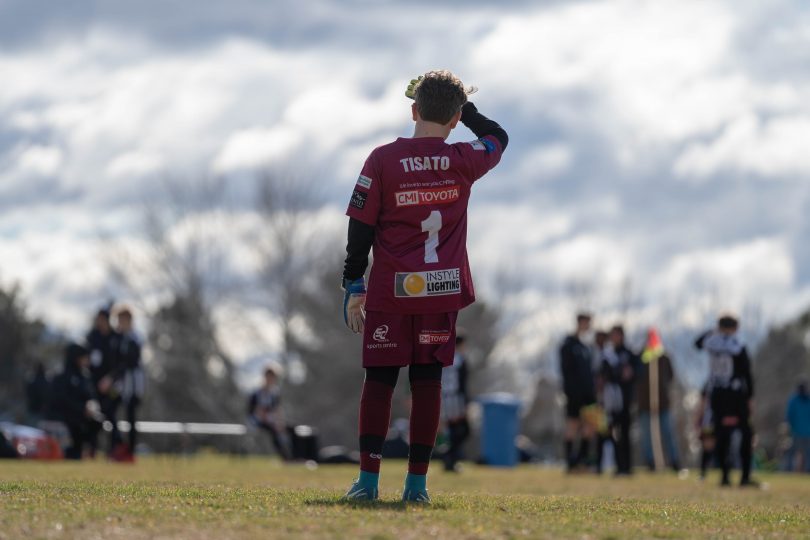 One of the region’s biggest junior sporting tournaments, the Kanga Cup, has had to postpone what would have been its 30th birthday because of COVID-19 travel restrictions.

Organised by Capital Football, the junior soccer tournament is held in Canberra in July each year. It’s the biggest youth football event in the southern hemisphere and attracts thousands of aspiring players, along with a strong showing of teams from Canberra and surrounds.

Tournament organisers released a statement yesterday (16 April) saying it was a tough decision to postpone this year’s event.

“The Kanga Cup organising committee has made the decision to cancel the 2020 McDonald’s Kanga Cup, which was scheduled to be held in Canberra from the 5th to 10th of July 2020,” the statement said.

“Due to the Australian Government’s restrictions on all non-essential interstate and international travel, the committee decided it was not possible to celebrate McDonald’s Kanga Cup’s 30th birthday in 2020.”

“It is disappointing that the largest youth football tournament in the southern hemisphere, the McDonald’s Kanga Cup, will not go ahead this year,” Ms Salic said.

“We want to ensure that our interstate and international participants, who make up nearly 75 per cent of teams at the McDonald’s Kanga Cup, have a chance to compete at our 30th birthday.

“We look forward to celebrating our delayed birthday party with you all from the 4th to 9th of July 2021.”

Organisers said they considered rescheduling the event to the October school holidays; however, the dates clashed with another popular tournament in NSW.

Lauren Kay - 16 minutes ago
I was gutted when I found out Ash. Nigel was so lovely and it feels like I knew him forever. View
Ashleigh McHugh - 19 minutes ago
Lauren Kay isn’t it so sad... View
Lauren Kay - 28 minutes ago
Drew Forrest I've got a condolence card, but happy to put more cards in a larger envelope if you or anyone up your way wants... View
News 6

@The_RiotACT @The_RiotACT
Loveable goofball Rocco and sweet rabbit Waffle are waiting to find their perfect match. Think that could be you? @rspcaact #PetsoftheWeek https://t.co/RqlUzgo7Dg (22 minutes ago)