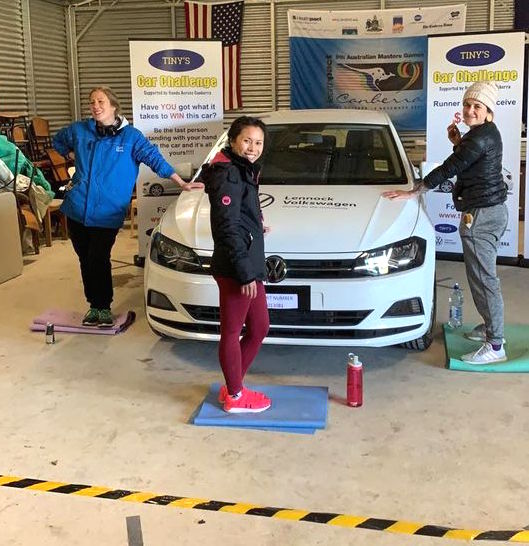 The premise of Tiny’s Car Challenge was simple: the last person with their hand on the VW Polo got to keep it for themselves or their charity. Eighteen started and after three gruelling days and nights, the last three fundraisers agreed to a truce to share the spoils.

In total, the marathon effort raised $87,000 for Canberra’s charities. It was the latest charity drive from Tiny and Elaine Srejic, the former managers of the Green Shed.

It began when 28 charities registered to raise money during August with the top 20 fundraisers qualifying for the Car Challenge which began last Thursday (3 September) at the Polocrosse Hall in Hall.

After 72 hours, only Samantha from ACT Rescue and Foster, Quen from the Domestic Violence Crisis Service and Anna from the Canberra Street Cat Alliance were still standing.

Allowed only a 10-minute break every two hours, and having stayed awake with the help of energy drinks, exercise and motivation from friends, the trio made a deal to split the money from the car three ways.

Anna Reimondos from the Canberra Street Cat Alliance said their share of the prize pool (about $7500) was easily the biggest donation they had ever received.

“The three of us at the end were all very motivated to win. We were perhaps a little sleep-deprived, but this was an amazing challenge,” Anna told Region Media.

“We’ve never raised this much money before and it will help our volunteers capture the huge number of street cats in Canberra and desex them, tame them and rehome them.”

The Canberra Street Cat Alliance rehomes between 200 and 250 cats a year and there are currently more than 60 cats in their care.

“It costs about $300 to desex a cat. It’s also coming into kitten season and we’re already getting more and more calls for help, so this money is amazing.”

Anna said she had a motivation board of all their rescued cats to keep her going, along with “a lot of Red Bull, some healthy snacks and water”.

“The Street Cat Alliance will definitely be entering again because it’s such a great way to raise money and was really fun to be a part of,” she said.

READ ALSO Charity burnout, communities and where the real need is in Canberra

One of the top 20 fundraisers was Jack Reedy for the Domestic Violence Crisis Service (DVCS). He organised for Quen, who stepped up for the Car Challenge.

“With the increase in domestic violence issues due to COVID, it was a no-brainer to choose DVCS to fundraise for,” Jack said.

“Quen found it exhausting but had a great time. She also stood for almost the whole competition to stay awake and did exercises most of the time. Quite a few people took their hand off the car when they were seated and became sleepy. Quen also didn’t have any caffeine or energy drinks so that she didn’t crash.”

Community development and engagement manager for DVCS Alanna Davis said it was a massive effort and they’ll definitely be involved again next year.

“Quen was there for three nights and we just can’t imagine how difficult that would have been. What a massive effort from her,” Alanna said. 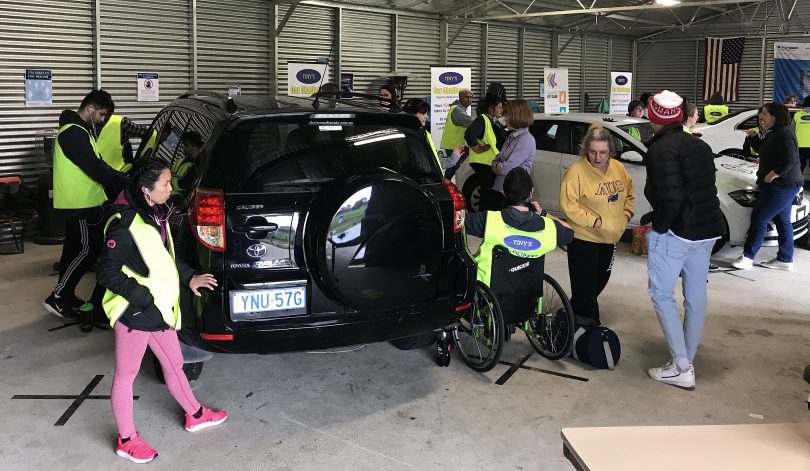 Organiser Tiny Srejic said some initial offers for participants to take their hand off the car early were taken, while one man who talks with his hands was eliminated after accidentally losing touch with the car while gesturing.

“This was 11 out of 10 as far as fundraising goes,” he said. “It was so much fun and all the contestants want to come back again next year, and we’ll definitely do it again.

“Some bailed out after 24 hours and we still had a good crew there after 50 hours. Everybody was so happy to be a part of it.

“When it came to making a deal at the end, I had to make sure they knew they hadn’t slept for three days, so I waited ten minutes to be sure everyone was comfortable.

“We even managed to give the fourth person, Ethan from Pegasus Riding for the Disabled, $2000 towards his charity,” Tiny said.

The next car challenge will be held in July 2021, while Tiny is already planning for the next charity fundraiser, a hole-in-one challenge in December. His mission is to raise more than $2.5 million for Canberra charities.

You see more photos and videos from Tiny’s Car Challenge on Facebook. 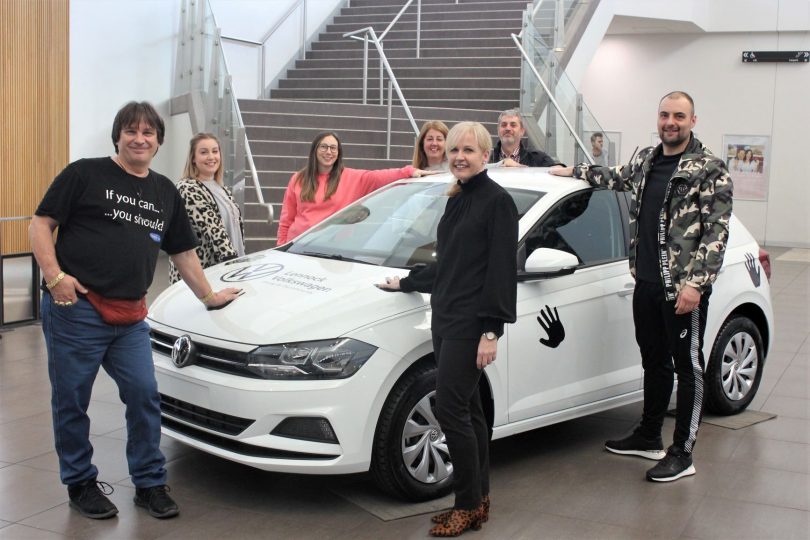 My fav community based charity CSCA 🐾🐾

Our Archie is one of the street cats that the Canberra Street Cat Alliance rescued 😊 such an amazing organisation.

Great effort by all 😊

Great job Jack and Quen! Thanks Tiny for organising this fantastic event!