Lauren Jackson stepping up to the line for another shot 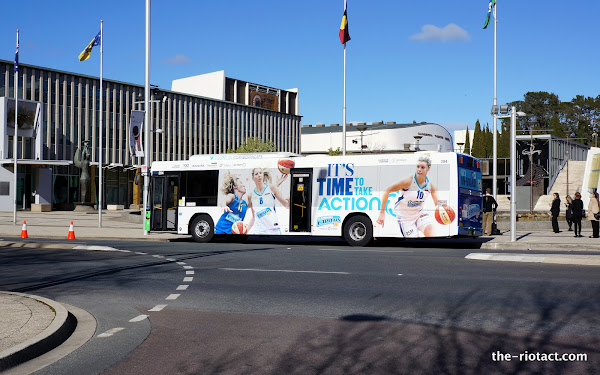 The Albury Border Mail is letting it be known that their brightest light, Lauren Jackson, is planning to take an unexpected shot at playing for the Canberra Capitals after not getting on the court last season:

The Albury native was supposed to begin a $1 million, three-season deal with Canberra this year but has not been able to play due to the injury.

But having fully recovered from the complaint, Jackson declared herself “pain-free and ready to get back on court”.

“I’m ready to play, I was formally offered, we just haven’t heard back from them (Canberra).

“I’m excited to get back out there, it’s just been so long and it’s going to take a while to get my fitness back.

“But I’m feeling pretty good; I’ve been training really hard in Albury with a personal trainer and he’s been fantastic.”

Basketball ACT chief executive Tony Jackson said the Capitals would be delighted to have Jackson but would insist on what he described as a “rigorous” screening process to ensure her full fitness.

But will the airbrush her tatts off next time the cover a bus with her image?

Lesa Schuster - 8 minutes ago
The housing prices need to come down, it’s very hard for many people........it’s pretty city though and does not feel lik... View
Acton - 2 hours ago
The Canberra lifestyle is fresh air, trees, birds, roos, mountain views, bush and lake walks, good roads, bike paths, kids, p... View
Jeff Smith - 4 hours ago
I think we are both concerned about the same bigger problems and to some degree on the same page. I certainly never want to s... View
Opinion 81

Lucy Jane - 1 hour ago
4 day week for everyone but everyone gets a different day off. Will help immensely with traffic congestion and has been trial... View
Ronnie Adams - 6 hours ago
Helicopter 🚁 View
Julie Macklin - 24 hours ago
I cycled and rarely had to face the parking problems people complained about. When it rained I took the bus, even though I ha... View
Community 15

Malcolm Roxburgh - 5 hours ago
The government has to release more land not make it easier to raid your super. This only makes for more cashed up buyers and... View
assiduous - 15 hours ago
Low lending standards and inflated bonuses for originating mortgages based on ever rising values are core features of our ban... View
Pradeep Bishwakarma - 16 hours ago
Crazy market Shiva Sapkota! Only the RBA Can fix this View
News 1

HiddenDragon - 19 hours ago
Another case study of the incompetence and impracticality of this government. Consumed with the big picture, feel good, sound... View
Capital Retro - 1 day ago
Oh, the perils of virtue signaling. It would be hilarious (like an episode of Yes Minister) if it didn't mean this will cost... View
Opinion 1