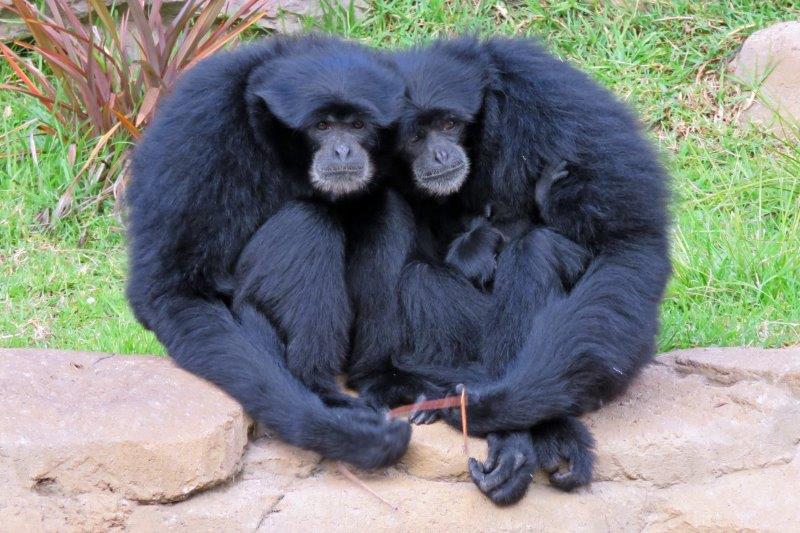 Monogamous siamangs Cian and Tunku have their own special song. They are pictured here in 2017 with their then new baby Miliyah. Photos: Supplied.

Did you know that male ring-tailed lemurs woo their mates by winning stink fights? Or that siamangs come up with their own special song while they are courting? Or that spotted hyenas have ‘genital mimicry’ which makes it difficult to tell which is male and which is female?

These are among the weird and wonderful facts you are likely to hear if you go on a ‘wild date’ at the National Zoo & Aquarium this Valentine’s Day.

The ‘Woo at the Zoo’ guided tour to learn about animals in love is a ‘non-PG’ event that promises to tell you more than you ever wanted to know about animal courtship and breeding behaviour.

Apparently, a sense of humour is a must for those taking part given some of the unusual details shared but the evening ends with a glass of bubbly and includes a solid dose of romance.

For example, you’re likely to learn about the loving siamangs which are a type of gibbon and follow a ‘monogamous pair-bonded system’.

“Their courtship involves coming up with a little duet that they both sing together,” said the zoo’s senior education guide, Sarah Jones, who will be taking the tour.

“Once they’re bonded, that song is their way of declaring territory.”

The tour includes a visit to see siamangs, Cian and Tunku, who clearly enjoy a cuddle (see photo above).

Then there’s the loving giraffes, Shaba and Mzungu, who first met at the zoo about four years ago. 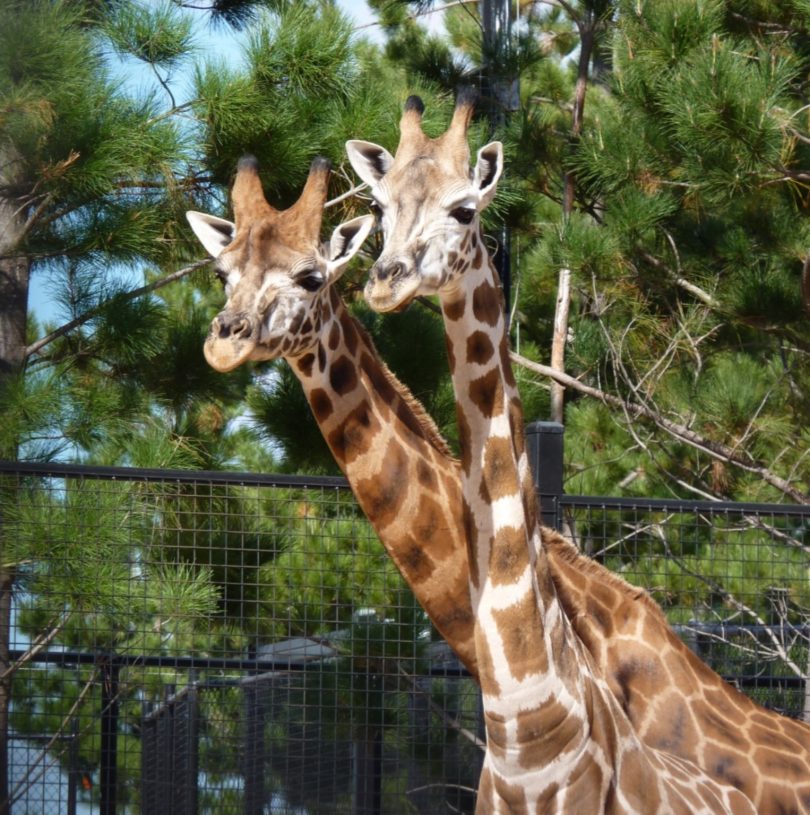 “They were a very sweet little love story,” said Sarah. “They instantly hit it off when they first arrived.

“Our little girl’s behaviour instantly changed. The moment he (Shaba) arrived he brought her out of her shell.”

There’s also the story of the common marmoset couple who had their first babies at the zoo during the Valentine’s Day tour last year – the first one of these events to be held at the zoo in its current form.

While ‘Woo at the Zoo’ guests aren’t promised such action this year, they do get to see the little boy and little girl marmosets celebrate their first birthdays.

There will be two different guided tours running next Thursday, 14 February, with Sarah saying the groups are deliberately kept small, with a maximum of five couples for each group.

“We are opening them up to people who are in love or want to learn about animal love,” said Sarah.

The ‘Woo at the Zoo’ event costs $90 per person and includes all-day entry to the zoo, the guided tour – including special white rhino and reptile encounters – and a glass of champagne or other refreshment at Jamala Wildlife Lodge to finish. 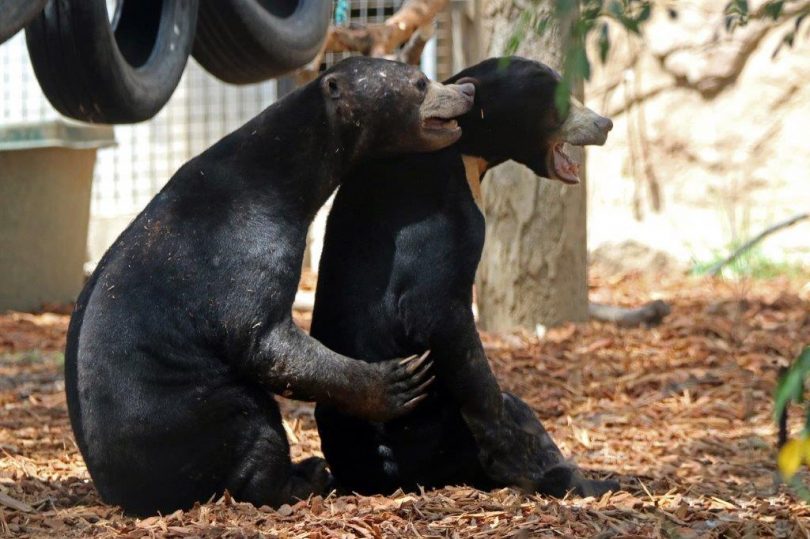 The bear facts: Sun Bears Otay and Arataki are among the ‘animals in love’.

Sarah said the guided tour starts with a visit to see the spotted hyenas, moves on to see the small primates, takes in the black-and-white ruffed lemurs and moves on to see the larger animals, including the breeding pair of giraffes (Shaba and Mzungu), the eland and the white rhinos (which involves a ‘hands on’ encounter).

Back at the lodge, guests will have the opportunity to pat or hold snakes during the reptile encounter.

Sarah said the ‘Woo at the Zoo’ tours give the guides the chance to talk about “weird and wacky things” they normally aren’t able to share.

“We wanted the opportunity to talk about the less-PG stuff we know about the animal kingdom,” she said.

“There’s also lovely stories in there – some very romantic stories in the mix like animal courtship, pair bonding, family ties and that sort of thing.

“We’re trying to strike a balance between romance and sharing facts about life and love and the animal kingdom.”

To find out more about the Valentine’s Day tour or to book, please click here.

Capital Retro - 4 hours ago
Indeed, 29% were made in China one recent month and most of those went to Europe. Most other EV brands are made in China. If... View
Capital Retro - 5 hours ago
If a diesel engine needs an operating temperature of up to 600 degrees to "clean it up", why do they all now come with Diesel... View
Ol L - 6 hours ago
Tesla’s for one are Chinese made. A luxury car tax on a Chinese car? Please…… View
News 1

Tim Gardner - 5 hours ago
Agents are not being fair in this current market, I know of 2 sales in 2 weeks that the asking price was accepted, then the a... View
James Watt - 8 hours ago
Joel Suryawanshi if you were selling your house, wouldn’t you want your agent to maximise your sale price? Not sure why the... View
News 1

consumeradvocatecanberra - 6 hours ago
I am a Vietnam Vet and spent 40 years in Defence. I try to keep abreast of the mumbo jumbo that is coming from the Government... View
Community 2

consumeradvocatecanberra - 6 hours ago
The elephant in the room is of course that we are used to taking the car. Have yoursay and other window dressing engagements... View
show more show less
*Results are based on activity within last 7 days

@The_RiotACT @The_RiotACT
As the winter chill descends, Canberrans are donning their traditional winter garb. But our weekly poll asks if it's a flannie, a flanno - or a booner doona? https://t.co/JemNWfUBre (3 hours ago)