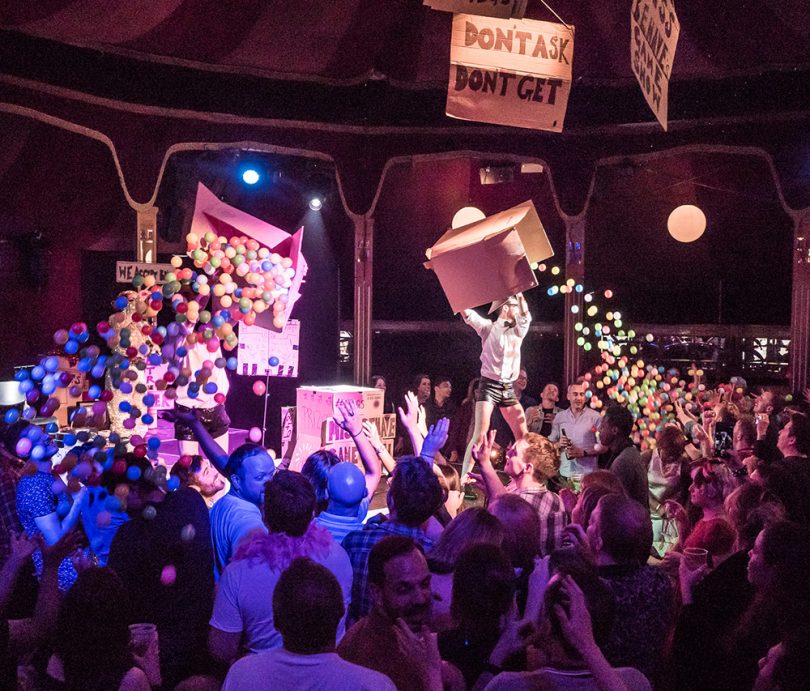 If you go to the theatre, it’s only good manners to turn off your phone. But turn your phones on and your expectations upside down when you walk into the Miss Behave Game Show at the Canberra Theatre this week. Because apart from the glamazons on stage, the other star of the show is you.

Miss Behave (or Amy Saunders) has a long history in “risque, high-end cabaret”, but started re-thinking her approach to the art at the Adelaide Fringe Festival when she worked a tent show where she had 15 minutes to grab a $5 crowd.

“I decided I’d put together a game show and instead of asking people to turn their phones off, to get them involved by using their phones in the show. The grand prize was the chance to throw rubbish at me while I was dancing, on the basic premise that the world is going to crap, so why not play in the dirt and have fun with it?”

“What we discovered is that when you put human beings on a team, they become incredibly competitive, but you can also prod them to think about their own lives. I refined and built on that moment of realisation.”

The result is a 70-minute show where the audience is divided according to what type of phone they have – iPhones to one side, everyone else to the other. Miss Behave is the game show host, with a “glamorously warped Vanna White style assistant” called Tiffany who dances throughout the show, and the silly games begin, using cardboard, markers, a lot of noise and fun. 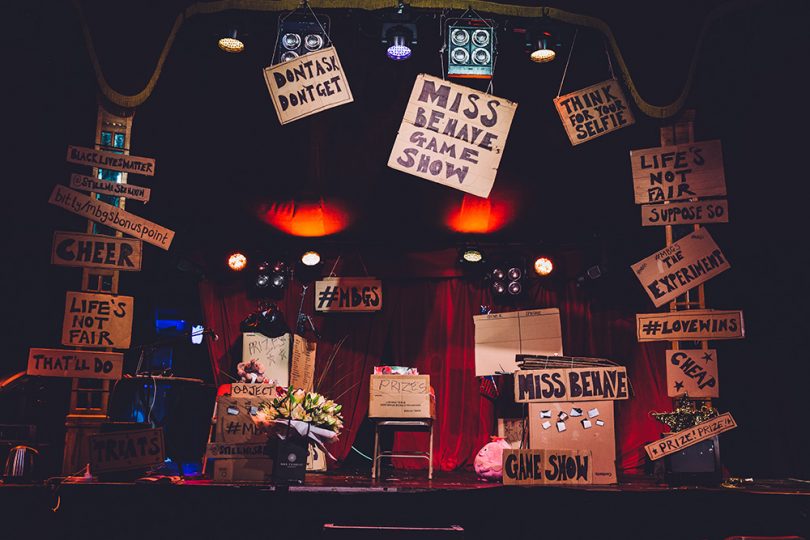 Who says you need flashy set decorations to put on a good show?

“We bend all kinds of norms but present that as absolutely normal,” Amy says. The game show rules ask you to think for yourself and Amy says part of the pleasure is watching people “slowly unpeeled and unwrap themselves”.

“There’s nobody getting picked on, so you get amazing reactions. People who are shy find their inner exhibitionist, some just watch, and there’s a space for people to be funny. You don’t know what you’ll win and none of it matters, so in a deeper sense, that’s our parallel with the world after Brexit and Trump.

“We have fantastic tunes, it’s all funny and silly because I don’t like preaching, but I’m also peppering the show with messages about being nice, having a chat, do what you want, but always consider others.”

Amy loves the idea of contained chaos (while pointing out that it takes a lot of organisation to make that work) and is unfazed by the prospect of an audience of “80 cold, dead-eyed politicians watching” without responding. 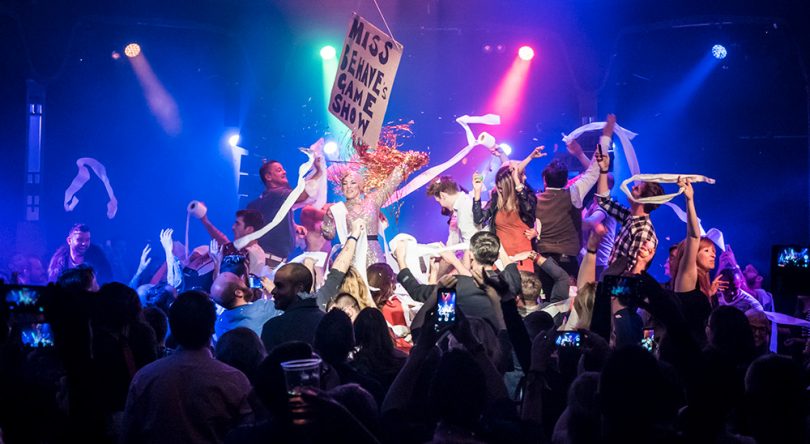 “I’m fine with that, I now have a way through time and experience of reaching them because the audience always drives the show. If your attitude was “this is how it has to be” it would only work a third of the time. I can always find a sweet spot in the show – I’d get a form of madness if I did the same thing every night!”

The Miss Behave Game Show is at the Canberra Theatre until Saturday, February 2. Get your tickets here.

I went and it was great fun

Rick Robins - 4 minutes ago
Laurie Berry it's all ok, Canberra has a tram instead of basic services! View
Opinion 18

Benjammin Murrell - 9 minutes ago
Evonne Deans haha so good! 😂🙌 View
Rob Calvert - 3 hours ago
Nothing regular dosing with Ritalin wouldn't fix. I'd recommend he look at a bit of the history of tennis......but I doubt he... View
Evonne Deans - 3 hours ago
Only can win a match with another player hey View
News 188

Terri Lee Gill - 24 minutes ago
Get over it you have had ample warnings and if you can’t control the pedal under your foot to abide by the law not only in... View
Richard Vlazlovski - 54 minutes ago
Heading toward the social credit system just like in china . View
Chris Jones - 1 hour ago
Knowing our government they’d assess your home as part of your income to fine us more View
Community 28