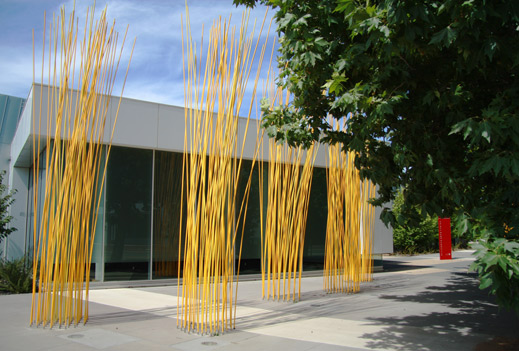 The Canberra Liberals have made a $15 million election commitment to complete the second stage of the Belconnen Arts Centre’s development as part of a $16 million arts package.

A Liberal government would also spend $750,000 for two new arts administrators who would assist in developing a long term arts strategy, according to Shadow Arts Minister Nicole Lawder.

Such a strategy would incorporate long term plans for the Canberra Museum and Gallery, the arts in schools, the evaluation of further development of the Ainslie, Gorman House and Kingston arts precincts and opportunities for private/government collaborations.

It would provide $225,000 for new ‘Canberra Arts Awards’ across a range of categories including performance, painting, drawing and sculpture; and $100,000 to foster the Canberra Area Theatre (CAT) Awards.

Ms Lawder said a Canberra Liberals government would commit to “new infrastructure, incentives for excellence and getting the best from our current arts institutions”.

“Canberra has a thriving Arts scene that can be improved with local government support,” she said.

“Our plans to boost the Belconnen Arts Centre, develop longer term plans for our existing arts facilities and incentivise arts through new awards will add to a richer society for all Canberrans.”

“More public servants for arts? I think we need to be providing more support for artists, and arts organisations,” Mr Bourke said.

“Of course ACT Labor has been at the forefront of support for the Belconnen Arts Centre: We planned it, we built it, and we provided the money to run it. We’re absolutely behind Belconnen Art Centre.

“That’s why in the last sitting week of the Assembly I took a petition from over 500 Belconnen people supporting the extension of the arts centre, and we will of course be making more announcements around the arts in the lead-up to the election.”

Pictured above is the Belconnen Arts Centre.

It would be great if the Arts Centre could be extended. Amazing programs such as RAW artists exhibit their work there etc. It would be wonderful!