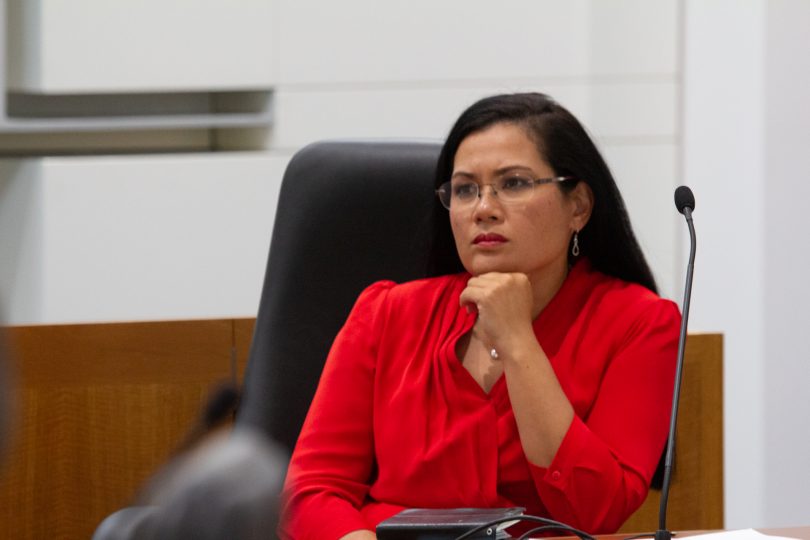 The $2000-a-day pay packet of the new head of the Oversight Committee – which has been established to address shortcomings at the Alexander Maconochie Centre (AMC) and Court Transport Unit – is a waste of taxpayers’ money, according to the Canberra Liberals.

Corrections Minister Mick Gentleman was bombarded by his Shadow in Committee Hearings on Thursday (25 February) for appointing Christine Nixon on a 12-month contract, saying it was “another layer of bureaucracy that has the potential to slow things down even more”.

Shadow Corrections Minister Elizabeth Kikkert criticised Mr Gentleman for not taking personal responsibility for the state of the Alexander Maconochie Centre (AMC) and accused him of incompetence.

“This is a demonstration of the government’s inability to get the job done right themselves,” Ms Kikkert said.

“Why is your government so incompetent in just applying the special training [identified in the Healthy Prisons Review] rather than paying someone $2000 a day to implement … the recommendations?” Ms Kikkert asked.

“What needs to be done is crystal clear. We have reports from the ACT Inspector of Correctional Services, we have the Report on Government Services reports, we have surveys from both inmates and staff, and we have a litany of failures written about in the media.

“I fear that creating an oversight committee is the Minister’s way of being totally hands-off in his management of the AMC and not taking any personal responsibility for the failures of the government.”

Mr Gentleman defended the Committee, saying that the recommendations of previous reports had been accepted and that the government needed another enforcement tool to make sure that they are implemented.

Committees such as this one are not unusual in other jurisdictions, Mr Gentleman said. 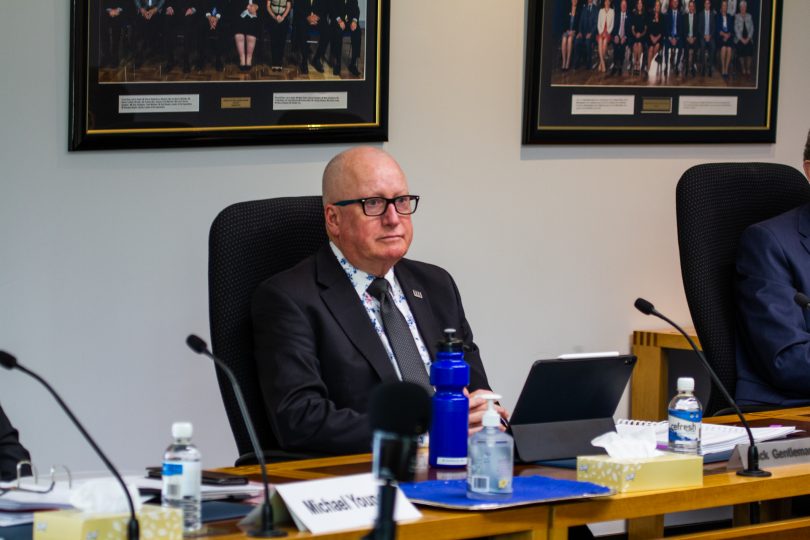 “Much of the conduct demonstrated by individual officers could not have occurred without critical failures of leadership and governance in Victoria Police — in particular, an ineffective command and governance structure; and a pervasive and negative cultural emphasis, led from the top-down, on getting results, with insufficient regard to the serious consequences for the rights of individuals and the proper administration of the criminal justice system,” Ms Kikkert read into the record.

“Are you aware that they are talking about Christine Nixon, that you have just hired to chair this Commission?”

Director-General of the ACT Justice and Community Safety Directorate Richard Glenn said that this was not the finding of the royal commission and that allegations against Ms Nixon were unfair on the basis that she was not at the hearing to defend herself.

“She is a very senior and well respected public sector leader, and she carries great weight and has a very good skill set that is going to enhance the work of this Oversight Committee,” he said.

Mr Gentleman made a closing statement to “correct the record”, saying that none of the royal commission’s recommendations mentioned Ms Nixon by name.

Ms Nixon told Region Media that she understood the findings of the Victorian royal commission and would not comment on what members said in Committee; rather, she was focused on doing the best role that she could with her 45 years’ experience in organisational reform.

Sounds like a bargain in these days of double dole.

I am sure the mainly male residents at the AMC will be excited about Ms Nixon’s mission.

Perhaps they should start reading some of her books now to build receptivity to what is likely to happen.

Mmmmm…. same Christine who as Chief Commissioner had her hair done and wrote a biography while Victoria burned…hope nothing interrupts her deliberations this time.

Minister Gentleman, I would really like to have a $2,000 per day job as well. Do you have anything to offer me? I have 20 years experience in the Federal and ACT public service.