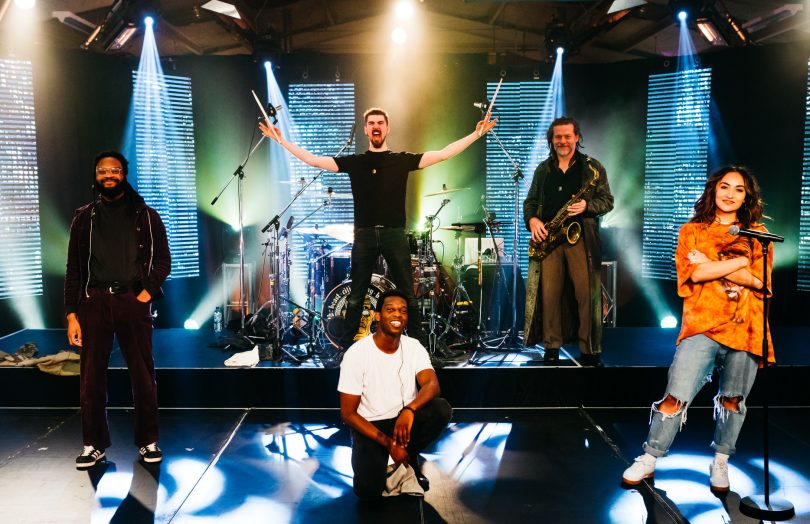 Canberra’s live music scene has been dealt another blow with the weekly Live in Ya Lounge livestream to shut down this week unless financial support comes to the rescue.

Live in Ya Lounge first struck a chord with music fans in March this year as a means for local artists to perform a live concert that was professionally filmed and streamed into people’s homes.

One of Canberra’s premier live acts, Hands Like Houses received more than 65,000 views for the first show. The five-piece progressive rock band will bookend the concert series with its final show this Saturday night, 29 August.

Created by ACT-based Event AV Services (EAVS) shortly after Australia shut down due to the COVID-19 pandemic, Live in Ya Lounge has streamed 32 shows featuring 65 local artists on Friday and Saturday nights.

READ MORE: Lights, cameras and live music as bands get back on stage

The Mallee Pavilion at EPIC was transformed with millions of dollars of equipment, and what was previously a cow shed for the Canberra Show became a live music studio.

EAVS owner and show creator Rob Cartwright told Region Media that each shows costs about $1500 to produce and $3500 in labour costs, however it has become financially unsustainable.

Each livestream averages 4000-5000 viewers but sometimes only $100 comes in via donations from viewers to watch what is effectively a free live music event.

Live in Ya Lounge was a showpiece for RISE Canberra’s Where You Are Festival, launched by the ACT Government to support Canberra’s arts and events sector as it suffered the social and economic effects of the COVID-19 pandemic.

Mr Cartwright said his staff are on JobKeeper, but even with generous venue hire discounts from EPIC and a one-off grant of $15,000 from the Where You Are Festival, money from sponsors and donations failed to cover power fees, staff hours and fees for performers.

An ACT Government spokesperson said about $78,000 worth of equipment, venue hire and startup fees have been waivered and that EAVS had not raised any concerns with Venues Canberra in regards to this agreement.

“We are saddened to hear about Events Audio Visual Solution’s decision to stop running Live in Ya Lounge at this time,” said the spokesperson in a statement.

Mr Cartwright said while it isn’t the role of government to support live music, more can be done to support venues.

“We’ve self-funded Live in Ya Lounge for five months and we can’t keep doing it,” he said.

“It’s been a very hard decision to shut it down. It gave our crew a sense of purpose and something to do, and it definitely gave a platform for a lot of artists. We’ve met a lot of wonderful people throughout the whole process.

“If the community wants the arts to survive, people have to support it because the government also doesn’t have the money to throw at it. It’s a wider issue of people wanting everything for free and artists and musicians getting completely devalued for what they do.” 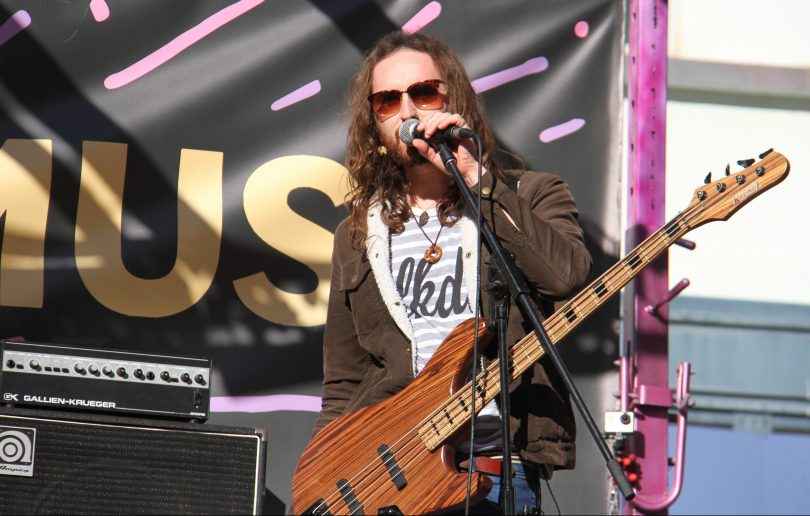 Hands Like Houses bassist Joel Tyrell during a MusicACT protest in Civic in 2019. Photo: Ruwendi Wakwella.

“It’s a huge disappointment to see one of the only things supporting live music in Canberra to be gone,” he said. “Live in Ya Lounge gave a lot of the Canberra community and musicians hope and a home during these COVID-19 times.

“Pre-COVID-19, this was also a huge issue as we have such a low number of live music venues due to a bunch of sound regulations and laws that prevent venues from existing. So it’s a huge shame there hasn’t been more support from the ACT Government to help venues stay afloat and keep live music alive in Canberra.

“We obviously need more people to support live music, but when we’re at this point with limited capacity, it’s going to be hard for artists to make incomes when venues are also struggling to hire bands.”

Live in Ya Lounge host Lexi Sekuless created an online petition which was tabled in the ACT Legislative Assembly on Thursday (27 August) after it easily surpassed the required 500 signatures.