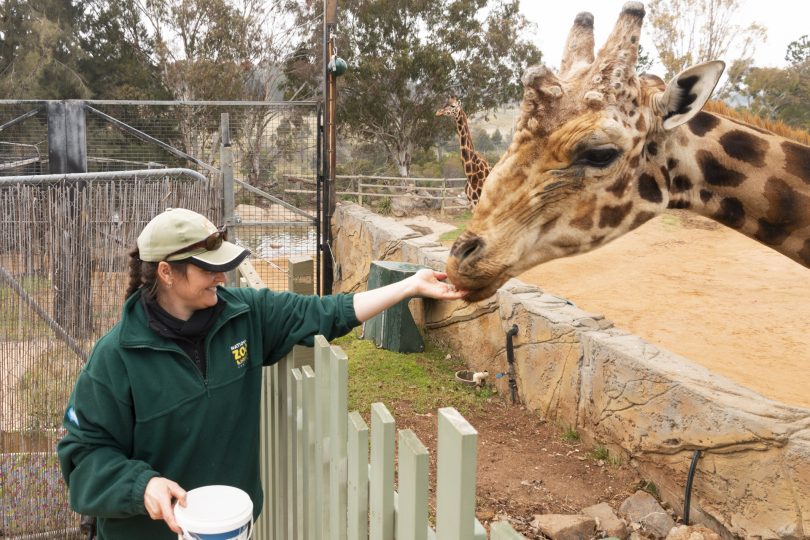 As businesses in the ACT slowly recover from the initial hit of COVID-19 lockdowns, the possibility of another forced closure serves as a constant reminder that the ordeal is far from over. While the ACT hasn’t recorded a COVID-19 case since 10 July, NSW Premier Gladys Berejiklian continues to warn that her state is “on a knife’s edge” and that could have severe implications for Canberra.

A recent survey of 300 Braddon businesses revealed more than half would be forced to close by the end of this year if another lockdown was imposed. Many others across the city share the sentiment.

“It would be significantly detrimental to us if we were to go around again,” said National Zoo & Aquarium business manager Russell Jackson.

“A second punch would make things even dicier for the long-term outlook of a business where the costs don’t drop while closed. At some point you’re at the mercy of those situations. There’s only so much planning you can do.”

With ongoing running costs, including animal upkeep, the National Zoo & Aquarium is unique in comparison to other industries as overheads don’t significantly reduce when doors close. There also isn’t an opportunity to make improvements such as renovations as limited staff have to use their time to look after the animals’ welfare.

“That time [during lockdown] was just about getting the essentials done, making sure the animals were as best serviced as possible,” said Mr Jackson. “There wasn’t any time for extras.”

The human and financial toll of the zoo’s forced closure has been well publicised, but its most important residents were also impacted. The absence of patrons went unnoticed for many animals, but for others it was detrimental. 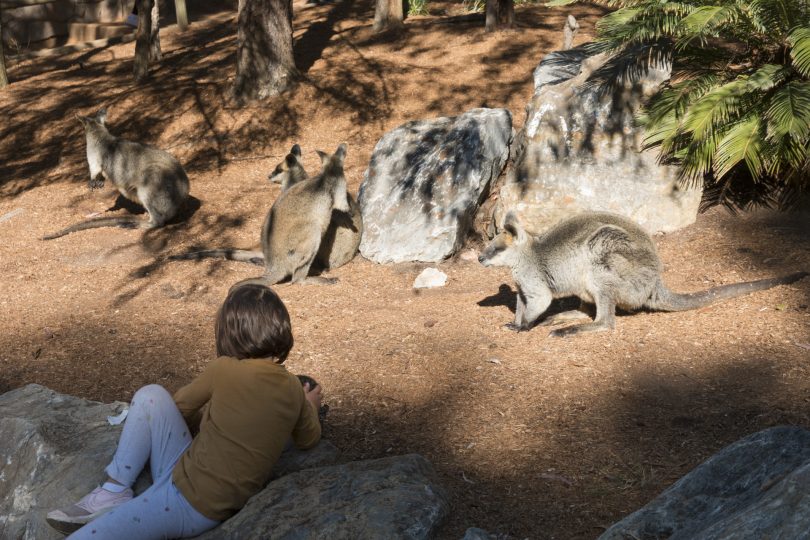 “The very socially engaged species were wondering what was going on, especially very early when it got very quiet,” said Mr Jackson.

“The keepers were volunteering time to come in and even just have lunch with some of their favourite animals just to keep them company when they’d normally have hundreds of faces smiling back at them and engaging them. The primates love to pull faces and there’s a huge amount of enrichment for them in that.” 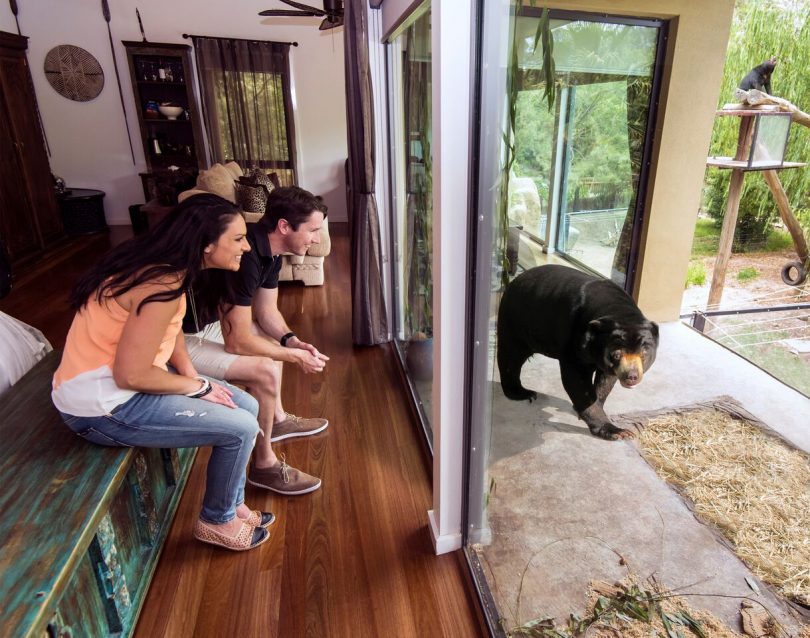 The zoo’s Jamala Wildlife Lodge is a significant revenue driver and relies on travellers from interstate, predominantly NSW. Even if the ACT remains open, a lockdown across the border could still have dire consequences.

“We’d love as much support as we can, especially while people can get out and about. Given the uncertainty, get out while you can and come and enjoy places such as the zoo where it is nice and open and outdoors.” 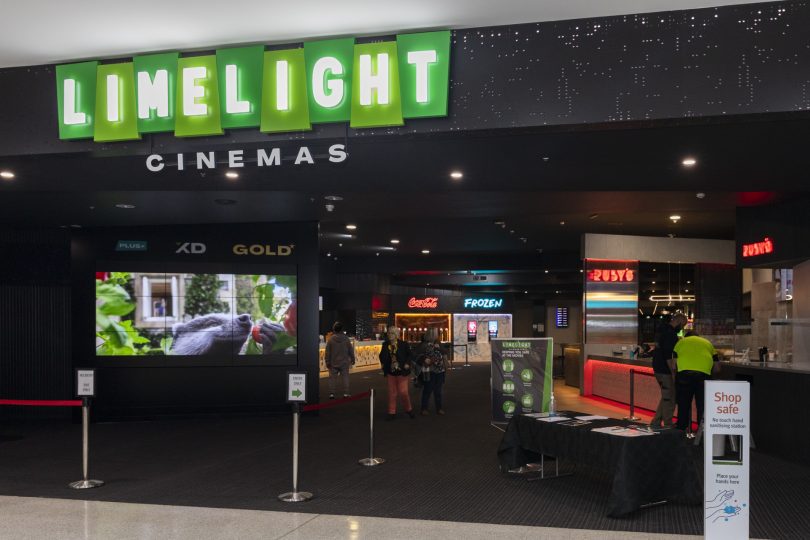 Limelight Cinemas in Tuggeranong has just reopened after extensive renovations and changes to its operation since the beginning of the COVID-19 pandemic. Contingencies are in place for another shutdown, but the likely impact would be “devastating” in the long-term.

“It would be absolutely devastating, particularly given all the work we’ve put in to create a new environment for cinema goers,” said Limelight Cinemas director of operations Michael Singh. “If we were to shut our doors, it would be a big blow.”

Limelight used the shutdown period to its advantage, completing a pre-planned foyer revamp, new food options, bar and a new GOLD theatre which has food and drink service delivered to your seat.

As an independent cinema, it’s part of the fabric of Tuggeranong and has since reached out to all staff who weren’t eligible for JobKeeper to offer their jobs back. 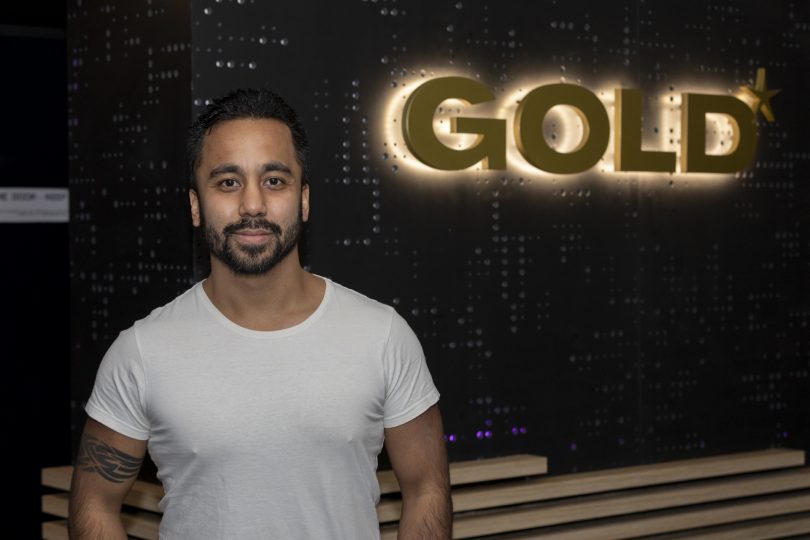 Limelight Cinemas director of operations Michael Singh says the impact of another shutdown would be devastating. Photo: Thomas Lucraft.

“We’ve gone through a lot of work and effort to be a big part of this community,” said Mr Singh. “We feel we’re giving moviegoers every type of experience possible and we want them to support independent cinema and the industry as much as they can.

“A lot of people came in during our opening weekend just to have a look at what we had done, even if they weren’t watching a movie. A few had a bit of a sticky beak.

“The overwhelming response was gratefulness for bringing it to the community and upgrading the offer.”

In his 10 years at Limelight Cinema, Mr Singh has never seen anything impact the business like COVID-19, but he said they’ve survived in the face of adversity before.

“The cinema industry has faced a lot of battles in the past with television and streaming services,” he said. “We still believe people crave seeing movies together and if we deliver a great environment and a great experience, cinemas will overcome this current crisis.”

To find out more about how you can support local Canberra businesses, visit the ACT Government’s Choose Local website. You can also share your support for local businesses on social media via #CBRtogether. 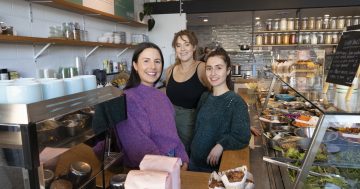