ACT Policing is seeking witnesses to the aggravated robbery that occurred at about 11.20 pm, when two people entered the store and made demands for cash. Staff complied and a sum of money was stolen. No one was harmed during the incident.

They were wearing dark clothing and their faces were covered. 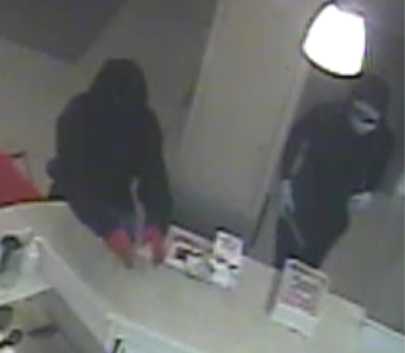 The alleged offenders were last seen in a dark coloured sedan travelling on Bowman Street towards Redfern Street.

I hope the staff involved are ok x

Andrew Sutton - 15 hours ago
Whilst it is great the “border bubble” is expanding, can anyone please explain why the Mollymook area has not been includ... View
opso - 17 hours ago
As per the first couple of sentences of this story 'From midday today, ACT residents can travel for any reason to an expanded... View
Sam Oak - 17 hours ago
There is no reason for being pedantic with the rules. Ironically as NSW reopened the cases have plummeted showing that Austra... View
Business 1

@The_RiotACT @The_RiotACT
Meet Pablo and Boris, the #alpacas who've taken up residence at the Belgian #Embassy in #Canberra after the Ambassador's pet ducks were killed by foxes https://t.co/oZq8MC4T5S (46 minutes ago)