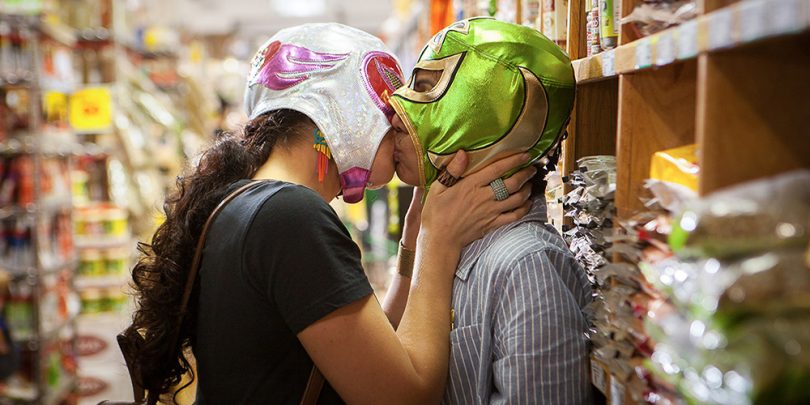 Following the recent 40th instalment of Sydney’s most colossal celebration of colour and sexual identity, Queer Screen now brings the 25th Mardi Gras Film Festival to Canberra to showcase some of the best features from the 2018 program.

On the weekend of the 23-25 March, the National Film and Sound Archive will be looking both back and beyond with five films which cast a multi-faceted and multi-cultural eye over contemporary queer society as well as the origins of one of its most important modern movements: the Mardi Gras.

Opening the selection at 7 pm on Friday 23 March will be a very special NFSA digital 2K restoration of Witches, Faggots, Dykes and Poofters (1980) which proudly recounts the roots of the very first Mardi Gras as told firsthand by those who were there on 24 June, 1978. This 45-min documentary from Digby Duncan paints a picture of political activism, individual persecution, bold resistance and daring outfits. Rated M.

Signature Move (2017) from Jennifer Reeder is the very definition of a multi-cultural lesbian love story. Zaynab and Alma, a Pakistani-American immigration lawyer and a fiery Mexican-American bookstore owner respectively, find themselves falling for each other after a night of tequila-infused romance. In very contrasting stages of sexual honesty and disclosure with their culturally distinct families, the complicated love story tests mother-daughter relationships and expectations. With the added spice of lucha-libre wrestling, this is far from generic viewing. Screening 24 March at 6 pm. Rated M.

Immediately following at 8 pm will be a screening of A Moment in the Reeds (2017) from first-time Finnish writer-director-producer-editor Mikko Makela. This additional cross-cultural inclusion focuses on Leevi in his return from France to his mother-country, Finland (recently voted the happiest country on earth), to assist his father with summer cottage renovations. In the course of his work, he is paired with newly-hired Syrian asylum-seeker, Tareq. Leevi wants to return to the city of love and Tareq struggles to adapt in his adoptive homeland but, as they work alongside one another, infatuation blossoms and bonds entangle. Rated R.

Jennifer M Kroot’s documentary The Untold Tales of Armistead Maupin (2018) tells the true-life tale of gay-fiction icon Armistead Maupin and his relationship with the city that made him: San Francisco. Creator of the Tales of the City newspaper column which would come to be known worldwide through subsequent TV and book adaptations, Maupin dissects all manner of things personally relevant and inextricably entwined with the gay community of 70s/80s San Fran: his conservative upbringing juxtaposed against gay bathhouses and supermarket cruising, the AIDS epidemic and Hollywood affairs with Rock Hudson. Sprinkled with the contributions of many of Maupin’s closest – Sir Ian McKellen, Neil Gaiman, Olympia Dukakis and Laura Linney – this is clearly and queerly a love letter to Armistead. Screening 4 pm on Sunday March 25. Rated MA 15+.

Closing the weekend is Sensitivity Training (2017), the debut feature-film from Melissa Finell and starring Australian Anna Lise Phillips (Harrow, Animal Kingdom, The Devil’s Playground). Following the untimely passing of a co-worker, misanthropic microbiologist Dr. Serena Wolfe is thrown together with her complete antithesis. Forced to undergo sensitivity training with Caroline – effectively her polar opposite – Serena’s tempestuous temperament is contrasted against Caroline’s sunny disposition and altogether diametric demeanour. Described as a comedy about friendship and bacteria, will this odd couple manage to cultivate a friendship, or maybe even something more? Screening at 6 pm. Rated MA15+

All sessions are $19/$17. Tickets on sale at the NFSA box office or online, as well as through Queer Screen and their app.