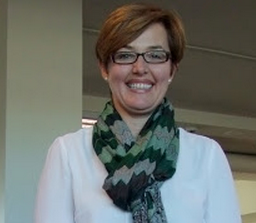 Labor political staffer Meegan Fitzharris will represent the seat of Molonglo after winning the spot left by former chief minister Katy Gallagher in a countback.

Meegan, who was born in New Zealand and moved to Australia in 1998, has lived in Gungahlin with her partner and two children since 2007.

During that time, she has advocated for many developments in the region including the ACT Government office block and the Gungahlin cinema development. She is also a strong supporter of the Capital Metro light rail project.

Meegan was a Labor candidate in the 2012 election and became the chief of staff and senior adviser for Chief Minister Andrew Barr after failing to secure a seat. She has a strong background in strategic public policy with experience in various roles in the government and private sector.

Chief Minister Andrew Barr has welcomed Meegan to the assembly.

“Meegan is passionate about Gungahlin and will ensure that Canberra’s fastest growing community is represented in the Assembly,” he said in a statement released yesterday.

“[She] will be a valued member of the ACT Labor team in the Legislative Assembly, and will work hard to ensure the ACT Government continues to deliver services and infrastructure that the community needs in a fiscally responsible manner.”

Meegan has ruled out taking up a ministry immediately.

Ha….I have to laugh at Andrew Barrs comment “that the ACT Government continues to deliver services and infrastructure that the community needs in a fiscally responsible manner’, Fiscally responsible ? Well, he couldn’t have looked at the Territory’s budget deficit lately.

Whilst I will certainly give the new MLA the benefit of the doubt and it is early days yet, but she is already sounding like yet another party political hack, so she will do just fine with the ACT voters and Ratepayers.

Andrew Ransom - 3 minutes ago
Ian Gay R’Amen View
Frank Trapani - 1 hour ago
Morris Reinbear . Haha..didn't even think about it. Does it means that we are not all Australians ? But mixed up Heinz 57 of... View
Christie Horsfield - 1 hour ago
Kerstin Mahoney agreed ridiculous View
Opinion 21

Joanne Rogers - 38 minutes ago
Surely this woman wasn't acting on her own with this. Instructions must've come right from the top. They're all guilty!... View
Jim Hosie - 40 minutes ago
Nothing surprises. Political standards at all levels and flavours are dreadful. The conflicts of interest, political donation... View
Frank Trapani - 42 minutes ago
Unbelievable, as soon as a politician gives away money instead of taking , all the other politicians from the opposition part... View
News 92

Tammy Britt Welsh - 1 hour ago
Peter Mcleod and the alternative policies are?????? View
Joshua McTackett - 3 hours ago
Peter Mcleod the only part of that I agree with is that we need an ICAC. Every state and territory should, as well as the fed... View
Peter Mcleod - 14 hours ago
Ute Diversi minus 8 joking View
News 49

Alyson Armitage - 11 hours ago
That is so sad View
Karyn Richardson - 12 hours ago
Paula Williams is there a website or charity link fir James and his sanctuary? View
Jennifer Chalmers - 21 hours ago
Such a tragedy. View
News 12

Gary Fynmore - 20 hours ago
If outdoor pursuits is your thing I can highly recommend Braidwood Outdoors. Dare I say it but it's a fantastic 'man cave ' B... View
Sport 4