Meet the 2019 Canberra Citizen of the Year: the UC Capitals 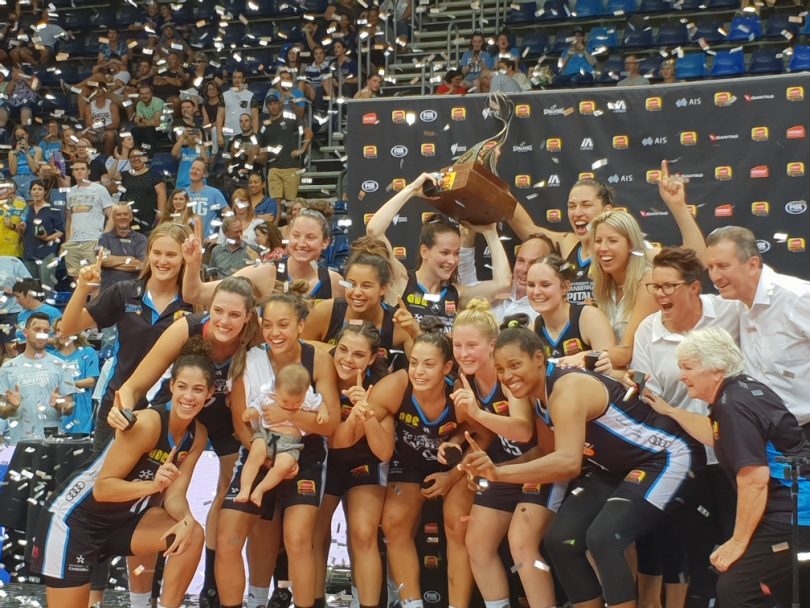 The UC Capitals were awarded Canberra Citizens of The Year presented by the Chief Minister Andrew Barr. Photos: Tim Gavel.

WNBL and UC Capitals MVP Kelsey Griffin was back in Bendigo cleaning her house when her phone rang.

The call was to tell her that she and her teammates, her coaches, her club and their supporters had been named the 2019 Canberra Citizen of the Year.

The award is presented each year to an individual, or a group, who have made an outstanding contribution to the Canberra community – a definition which fitted the Capitals perfectly, according to ACT Chief Minister Andrew Barr.

Mr Barr heralded the Caps not only for their on-court success but also for the way they conducted themselves off it. He said the award went to the Capitals players, coaches, volunteer support staff and local fans, the “entire Capitals family”.

“In an era when the off-court or off-field behaviour in some sports has left a lot to be desired, the Capitals have demonstrated that they cannot only be competitive, successful on-court, but they can also demonstrate off-court a great engagement with the community, working with their supporters,” he said.

“They are role models not just for young women, but for young men and for all of those who value teamwork, long-term commitment and rewards for hard work.” 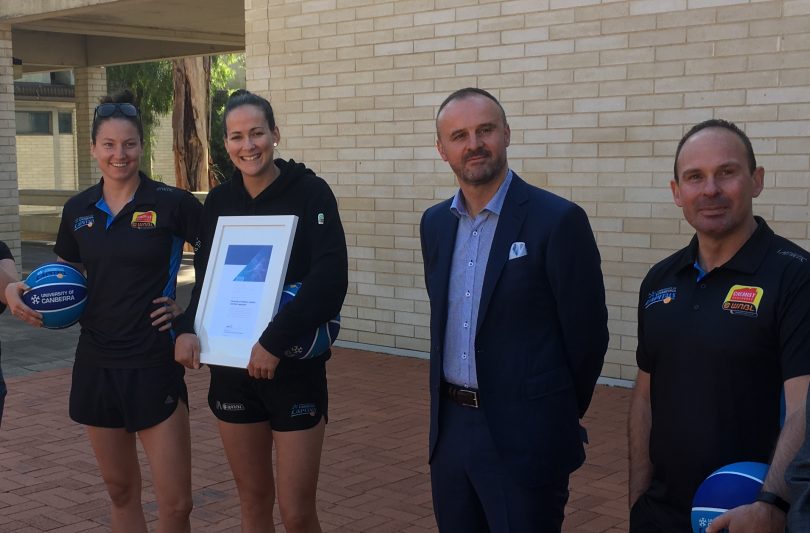 The Chief Minister believes that the Capitals, who won their eighth WNBL championship last month by defeating Adelaide Lightning 93-73 in game three of the grand final series, were a perfect example of what it means to be Canberran.

“It is a very Canberra story when you think about their links into the higher education here at the University of Canberra,” he said. “The team consists of people who have come to Canberra from somewhere else as well as a strong local history.

“It demonstrates that blend of Canberra life.”

The Capitals’ co-captain Kelsey Griffin said she was “very surprised” and said the award and its significance is still sinking in.

“I think it goes to show the kind of community support we get. We have accepted the award but it really is bigger than us and our club, so it is very humbling to accept it,” she shared.

“The term ‘role model’ gets thrown around a lot but you know you are doing the right thing when you get an award like this.

“I am very fortunate that I get to play sport for a living but it comes with a lot of responsibility and one of those is being a good role model. It’s not only me, it’s the entire team, the coaching staff and the club so to be acknowledged for it is really nice.”

Fair dinkum? How many of the team actually come from Canberra?