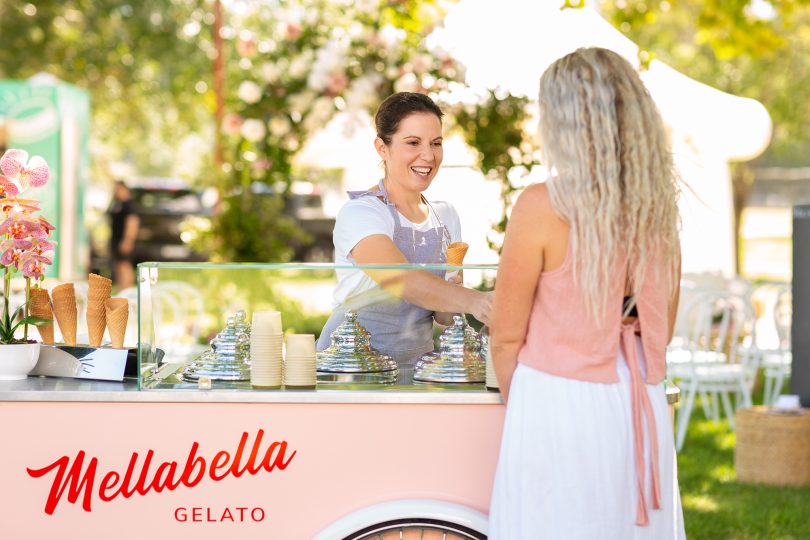 The founder of Mellabella Gelato, Melany Batley, serving gelato from one of her two mobile carts. Photo: Eunie Kim Photography.

Melany Batley had been working as a financial planner for 20 years before she’d had enough and made a big decision. She had always loved gelato so started looking into making it a business as “a simple way to make people happy”, and Mellabella Gelato was born.

Based in Bungendore, the quaint Italian-style gelato carts with the traditional ‘beehive’ lids have been popping up at weddings, birthday parties, and other special events across the region since 2019. The business slowly branched out to cover Queanbeyan, Jerrabomberra and Googong, and last year crossed the border into the ACT.

This month, Canberra’s northside and southside residents have been able to have the fresh and frozen gelato brought right to their doorstep.

Melany says she pivoted to deliveries during the COVID-19 lockdown in 2020, but it petered out once businesses returned to normal. It restarted when lockdown hit this year.

“Everyone loves home-delivered gelato, especially on a weekend,” she says. “The kids wait at the door or peek through the blinds like we are Mr Whippy.” 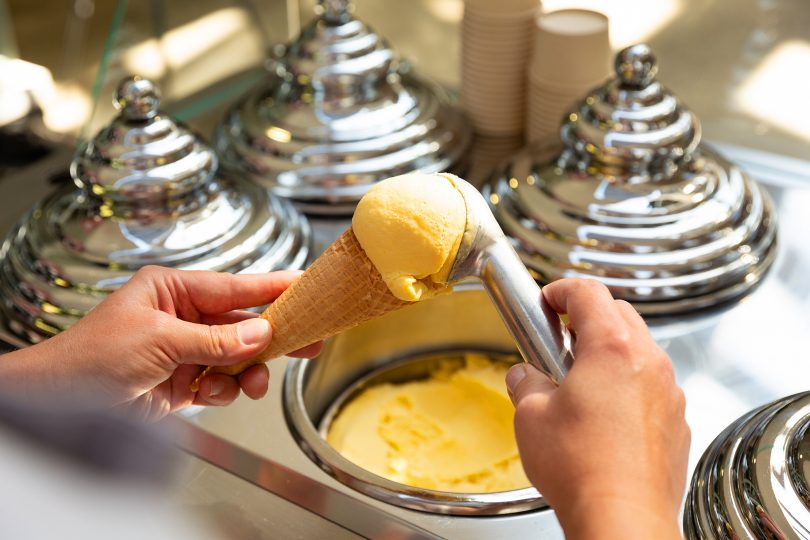 Fresh out of her corporate job, Melany attended a gelato course in Melbourne and met some other girls who had set up a successful gelato business in Noosa. That’s what gave her the inspiration to try it for herself in Bungendore.

“It’s basically me running Mellabella Gelato,” she says. “I make all the gelato and do all the marketing and business side, and then a couple of other girls come along with me to help serve at events. My father, Steve, also comes along to drive and set up. We like to keep him busy.

“It’s niche, but Canberra has a real need for niche desserts.”

All of the flavours are gluten-free, and there are dairy-free, nut-free and vegan options available.

“We make sure there’s something for everyone to enjoy,” she says.

Melany originally hails from Canberra, but she and her husband moved to the small NSW town of Bungendore 15 years ago. They bought a block of land and set up shop in the garage. 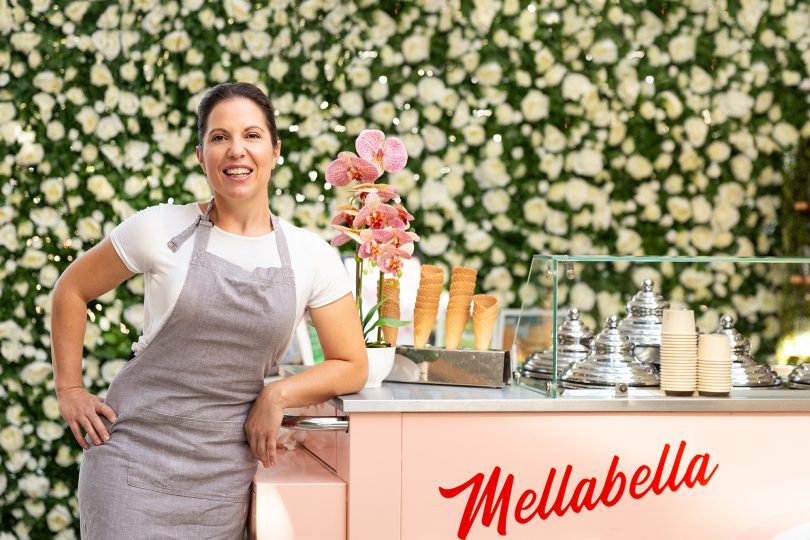 Melany Batley takes care of most of the Mellabella Gelato operation herself, from advertising to making the delicious gelato. Photo: Eunie Kim Photography.

“We’re working on developing a space in the town centre itself, which should be up and running in the next year or so,” she says. “At the moment, we’ve got a commercial kitchen set up in the garage. I’m a bit of a handywoman as well.”

Most of the gelato ingredients are sourced from ‘gelato masters’ in Italy, Belgium and other European countries. Fruit is bought from locals where possible, while milk comes from Tilba Real Dairy on the NSW South Coast.

“They have Jersey milk, which is non-homogenised, meaning the layer of cream is still on top of the milk rather than it being mixed together,” says Melany. “We found this milk makes the gelato more creamy and smooth.”

Melany’s day stretches from 8 am through to 11 pm, answering emails, working on marketing and social media before the time-consuming gelato-making process begins.

“I really, really enjoy it,” she says. “There are so many different parts to the business so it’s never boring.” 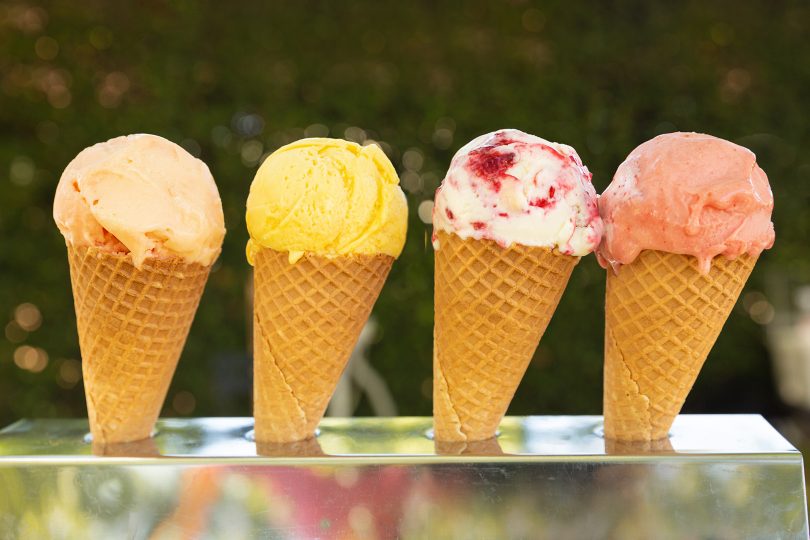 Eight flavours will be available to order for delivery from Mellabella Gelato. Photo: Eunie Kim Photography.

Melany says Bungendore locals are delighted to have a home-grown gelato business so close, with loyal fans extending into Jerrabomberra and Googong.

Mellabella Gelato has also partnered with Provisions Deli & Creperie in Braidwood to bring a pop-up stall to the town in time for the summer holidays. It will be open from 5 November through to the Canberra Day long weekend, prime time to snag Canberrans on their pilgrimage to the South Coast.

A vintage Citroen truck called Georgie is also on the way to help shoulder the extra work alongside the existing ‘Sweet Bella’ and ‘Beauty Blu’ gelato carts.

“Our mission is to create a fabulous gelato experience that brings delight to your day,” says Melany.

For more information, visit Mellabella Gelato, or head to Instagram.

This will do well on the foreshore in Summer!

Love her ice cream and gelato