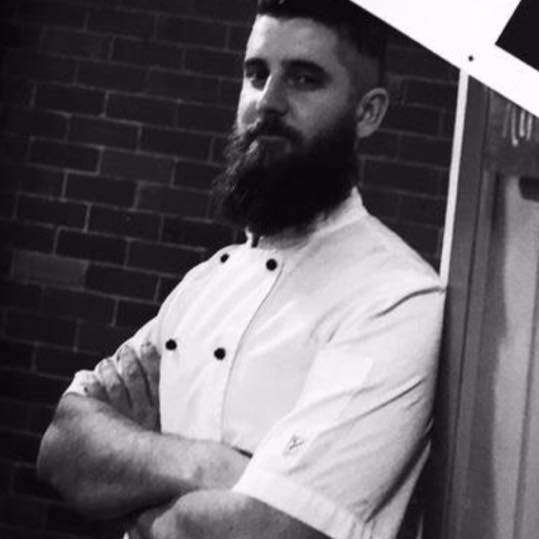 Mark Glenn: “I was told that I wasn’t in the system and they didn’t know I was in quarantine.” Photo: Facebook.

A chef who moved from a usually busy Melbourne restaurant to take a new job in Canberra has described “scarily lax quarantine arrangements in the ACT”.

Mark Glenn was the head chef at Cumulus Inc, located in Melbourne’s famous art and fashion precinct in Flinders Lane, but was one of many to flee Melbourne for a more secure job at Pialligo Estate in Canberra.

In a food podcast by Dani Valent called Dirty Linen, Mr Glenn detailed his experience in quarantine, including claims ACT Health did not know he was in quarantine and that he was not required to take a COVID-19 test.

Mr Glenn told Region Media he remains in quarantine in a hotel in Barton but was unable to provide further details of his experience “as there were some issues with the political discourse that’s come from the podcast”.

“Everything I’ve said is true but I unfortunately can’t give you any further information at the moment,” Mr Glenn said.

In the podcast, Mr Glenn said ACT Health didn’t know that he was in mandatory isolation until he contacted them five days after arriving in Canberra from a Melbourne hotspot.

He also said that authorities took no precautions in escorting him from the airport on his arrival and that he was free to take a taxi or Uber to his hotel.

“I walked across the road and down the street and into my accommodation, and there were no guards, no police, no nothing,” Mr Glenn said.

He claimed the only precaution authorities took to stop him leaving his room was to deactivate his swipe card for one night.

When he enquired about getting a COVID-19 test, which was not mandatory, Mr Glenn was told by ACT Health that they weren’t aware he had arrived in Canberra.

“Upon calling them to find out the process for testing I was told that I wasn’t in the system and they didn’t know I was in quarantine,” he said.

“I’m halfway through two weeks’ worth of quarantine and am unfortunately restricted to my balcony as my only form of outdoors [activity].”

Mr Glenn said it was a “laborious process” to leave Melbourne, obtain the necessary permits and inform ACT Health that he had been cleared to enter the ACT.

“I was one of six people on the plane, which was a really weird feeling, but once I got off the plane, it got a little bit relaxed in comparison.

“It was pretty surprising initially, and then, I suppose, it got looser as the process went on,” he said.

ACT Chief Minister Andrew Barr told ABC Radio on Wednesday morning (16 September) that people are required to register their intention to enter the ACT and that Mr Glenn may have slipped through the cracks.

“We’ll endeavour to find out what the situation is in that specific case,” he said.

Health Minister Rachel Stephen-Smith said she had confidence in Canberra’s four hotels being used as part of the quarantine system.

“In relation to people arriving from Victoria, there really is an onus on people to take responsibility, but we also do need to manage that very closely,” Ms Stephen-Smith said.

“I have been in contact with the office of the Chief Health Officer this morning to discuss this individual case, and it does appear that there was a breakdown in the process.

“He [Mr Glenn] had received an exemption to arrive in the ACT and then it appears that he didn’t get that first-day contact that everybody gets for a reason that we’re still looking into.”

ACT opposition health spokesperson Vicki Dunn also called on the ACT Government to give a full explanation as to why Mr Glenn was not followed up by ACT Health staff.

“We must do everything we can to keep Canberrans safe, and that includes robust and comprehensive enforcement of quarantining arrangements.”

Is it true that COVID-19 testing is not mandatory for people in quarantine? That just doesn't make sense to me, what if they have it but are asymptomatic? They leave quarantine and go into the community.....

Canberrans urged not to visit Melbourne due to COVID-19