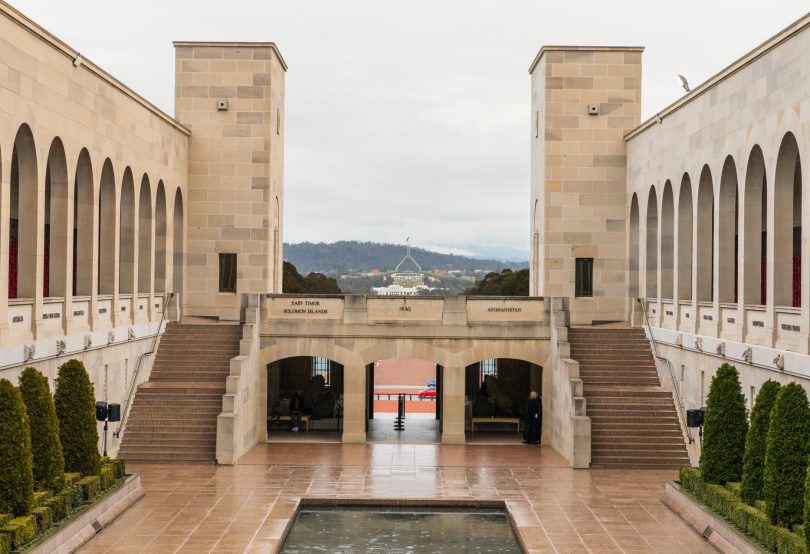 The controversial $500 million Australian War Memorial redevelopment has been given the tick of approval by Environment Minister Sussan Ley despite significant opposition during a parliamentary inquiry into the project.

Ms Ley said the decision was based on departmental advice following a rigorous assessment of the proposal, coming with 29 strict conditions to minimise and mitigate the residual impacts on the site’s National Heritage and Commonwealth Heritage values.

“In making this decision, I acknowledge the diverse range of community and stakeholder submissions made during the consultation period and the public interest in the project,” she said.

The project will require a Heritage Impact Assessment of the final design, which would then need to be approved by the Minister.

Ms Ley said the iconic shape and front facade of the building will be preserved during the redevelopment, as well as the main commemorative area including the Pool of Reflection, Roll of Honour and the Hall of Memory.

But the award-winning Anzac Hall will be demolished as part of the expansion, which is motivated by a desire from the Memorial to tell the stories of more contemporary missions such as Iraq and Afghanistan.

The Australian Institute of Architects opposed the expansion from the outset and waged a loud campaign to save Anzac Hall from bulldozers.

Prominent members of the community also opposed the project, including former Defence secretary Paul Barrett and former senior memorial figures such as former director Steve Gower, who called the extension an ”excessive veneration” of the Anzac story.

Signed by 82 prominent people, the Heritage Guardians submission to the inquiry said the extension would destroy the Memorial’s character.

But Ms Ley said she was satisfied the approval conditions would ensure the AWM will continue to be an outstanding national museum and memorial that recognises and commemorates an important part of Australia’s history.

The Memorial welcomed the approval under the Environment Protection and Biodiversity Act.

”This is the first of three major approval processes required to progress the development, which aims to honour the commitment of the 100,000 Australians who have served our country over the past 30 years,” Director Matt Anderson said.

Good news. I look forward to visiting the renewed and expanded Memorial when these works are complete, along with many others who come to remember and reflect on the sacrifice of those who came before us.