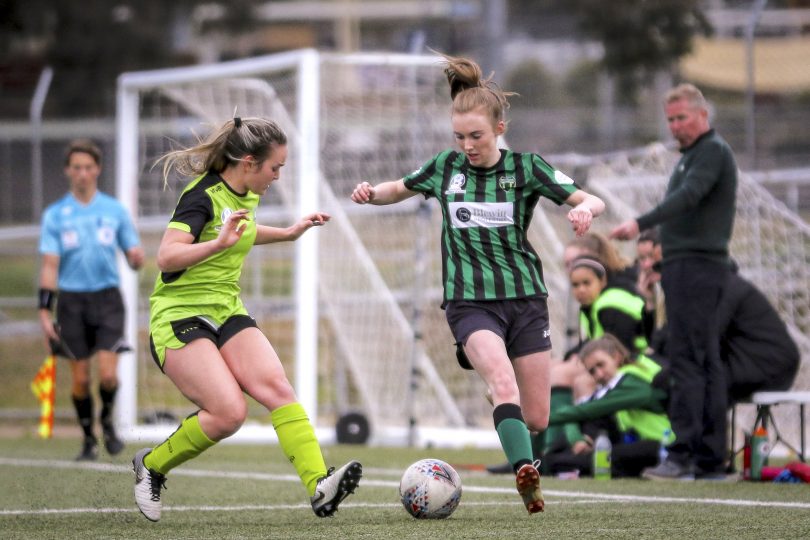 The Monaro Panthers Football Club has labelled a decision by Capital Football to axe all their women’s and girls’ teams from the 2021 National Premier League Women’s (NPLW) competition “discouraging and extremely short-sighted”.

The decision was made late last week after all clubs in the league were invited to apply to field teams in all five divisions, from first grade to under-13s.

Following a series of meetings between Capital Football committees and club presidents in August and September, the new structure was announced for the NPL women’s and girls’ competitions on 2 October, which would be reduced from nine to eight teams.

Capital Football said in a statement that this would provide “parity across leagues and genders, with all Capital Football NPL competitions consisting of an eight-team format with three rounds, providing five extra games for our most talented female footballers”.

However, Capital Football rejected Monaro Panthers’ application which was based on results during the past three seasons, fielding teams in all age grades, any forfeits, coaches’ qualifications, as well as the club’s commitment to developing football across Canberra and the region. 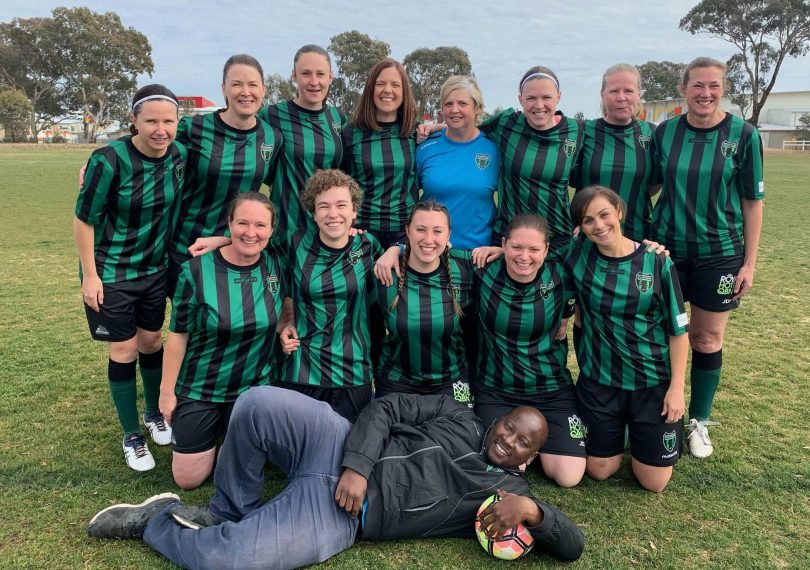 The Monaro Panthers women’s division 5 side played in the grand final in 2019. Photo: Supplied.

Monaro Panthers’ co-president Anthony Nicoletti said more than 75 women and girls will now be looking for a new club to play with and he fears players will be lost to other sports such as Australian football, rugby league or netball.

“This decision is discouraging and extremely short-sighted,” Mr Nicoletti said. “It is an extremely disappointing decision, not just for Monaro Panthers, but for football in the region.”

“Monaro Panthers is more than a club catering to a few suburbs. It’s a club for an entire region and beyond, with backing at all levels of government, millions of dollars going to local facilities and incredible wider community support.

“We have players at all age grades within the Premier League structure who travel throughout our region to come and play with the Panthers such as from Goulburn, Bega, Batemans Bay, Braidwood and Bungendore amongst others, and this decision will deny them that access.”

Mr Nicoletti said the decision has far-reaching consequences for participation levels with those players now denied a place to play in the Canberra competition ahead of Australia hosting the Women’s World Cup in 2023.

He said the club had partnered with the Brindabella Blues FC to bolster numbers and provide a stronger pathway for girls in the region, but it appears that carried no weight with the decision made by Capital Football.

Even Member for Monaro John Barilaro and federal member for Eden-Monaro Kristy McBain both hit out at Capital Football’s decision to cut Monaro Panthers, saying it was a massive kick in the guts for the club and its young players.

“I’m absolutely dumbfounded by Capital Football’s decision to remove the Monaro Panthers women’s side from its league. This is a massive blow for grassroots football and women’s sport in our region,” Mr Barilaro said.

“I understand that the Monaro Panthers is currently considering their legal options. However, I’m asking Capital Football to reverse this decision immediately.”

With no appeal process offered, Mr Nicoletti said the Panthers will continue to move forward and will seek to overturn the ruling.

“Monaro Panthers can assure all of our current female players and those looking to join our progressive and visionary footballing family, that their football dreams and aspirations will not be negatively impacted in the face of this bewildering and highly concerning decision,” he said.

READ ALSO: Power to the chairs for Canberra team of champions

Capital Football CEO Phil Brown said the decision was a competitive process and he thanked all the clubs for their efforts in submitting applications for the 2021 season.

“The eight-team format with three rounds across each of our NPL competitions will deliver competitive and challenging matches that will showcase a very high level of football. We will now turn our attention to preparing to deliver the 2021 NPL competitions,” Mr Brown said.

So remove Monaro, and bring in Wagga City Wanderers??

An embarrassment? In what way? Wagga’s junior Women’s teams have alll made finals both last year and this year. Seniors finished mid table this year. Wagga does not compete with Monaro for the same player pool either. Fail to see why you are drawing Wagga into this debate as the decision has nothing to do with us.

CF are very quick to demand fees come season time, and are equally as quick to dismantle and ruin local soccer, yet have announced the NPL will have 2 NSW towns some 4 hours away included at the expense of two local clubs…

Wow that’s so wrong. Maybe the CF board need axing?

Belinda Makrides - 48 minutes ago
Nothing against america, just rather my toyota to me built in Japan and I want a tesla built in USA there country of origin s... View
Mark Johnson - 3 hours ago
Belinda Makrides don’t think it would make a difference. Toyota have a pretty good rep no matter where they are made. The H... View
Mark Wallin - 4 hours ago
A car you operate rather than drive. View
Public Sector 14

Tracy Hancock - 1 hour ago
Nurse and midwife here. Have looked after patients who were Covid positive and didn’t know it when they saw me. I haven’t... View
Sa Rah - 2 hours ago
Yeah, not really sure this was well considered both for availability and practicality.... View
Jay Kay - 2 hours ago
So this wave will be a dead cat bounce, with another surge driven by children spreading towards their families. Hope business... View
News 12

Capital Retro - 2 hours ago
Well, it's the first one and it's a failure so they don't want all of Canberra to know about it so it doesn't matter really w... View
Capital Retro - 5 hours ago
Another ACT government "pop-up" failure. View
kenbehrens - 5 hours ago
CR, I'm not sure that he's been this far south? There's no Light Rail planned for Erindale! Why didn't they place this large... View
Property 6

doomattheend - 3 hours ago
Good to see the Greens MLA attacking a private school for a federal issue rather than keeping the labour party in check. Of c... View
Opinion 43

HiddenDragon - 4 hours ago
Boiled down, that sounds like an argument for more people on the public payroll in Canberra - good luck with that when the Au... View
Monda Scoltock - 4 hours ago
Alexandra Hunter - no doubt! View
JS9 - 5 hours ago
While the health system had in totality coped fairly well, I'm not convinced it has held up as well as it may appear. A not s... View
News 32

Kalo Arepo - 5 hours ago
Also in cases of bushfires gum trees explode like bombs whereas many species of exotic deciduous trees are fire retardant-thi... View
show more show less
*Results are based on activity within last 7 days

Over the past few years, Canberra's sportsmen and women have been prominent promoting causes and charities considered beneficial to the...
Community 113

NAPLAN tests results have again provoked controversy in Canberra, and your poll results are an indicator of a deep divide...
Best of Canberra 73

@the_riotact @The_RiotACT
#Canberra has plenty of delicious dining venues where carnivores, omnivores, #vegetarians and vegans can all enjoy a meal together. Here are some of the best https://t.co/plnOQDKZ25 (4 hours ago)

@the_riotact @The_RiotACT
This beautifully modernised three-bedroom family home at 27 Bullock Circuit in #Kambah is new to the market, offering an opportunity for a #family to snag a perfect first home on a prime piece of land https://t.co/RX2qhxXXVq (5 hours ago)