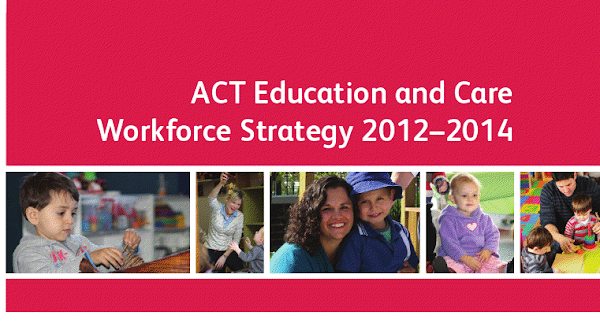 The ongoing prostitution of the budget process continues with today’s announcement that there’s some money (a bit less than the amount required to build a seagull intersection on a highway) going into childcare.

Making the announcement at Civic Early Childhood Centre, Ms Burch also released the ACT
Education and Care Workforce Strategy 2012-2014, which outlines the Government’s strategy to work with the childcare sector in attracting new educators, retaining existing staff, and developing and up-skilling the workforce.

— $1.65 million for regulatory support to the sector as it transitions to the National Quality Framework, which provides new industry standards around staff qualifications and child-to-carer ratios

— $350,000 to investigate options for redeveloping or relocating Civic Early Childhood Centre, which is operated by Northside Community Services. The centre currently occupies ageing premises and is facing pressures from surrounding capital works.

Possibly more significant is the release of the ACT Education and Care Workforce Strategy 2012–2014, but if anyone can find more than motherhood statements in that document they’re smarter than me (and I’d value your feedback).

Matt Fallon - 59 minutes ago
weekend breakfast Samantha Harding View
Moira Campbell - 5 hours ago
Nicole Fitzgerald this is the place I was telling you about! View
Joanne Trounce - 5 hours ago
Shannon Lee will make sure we do it!🥗🥗 View
News 5

@The_RiotACT @The_RiotACT
The first Canberra Street Dance Festival is set to celebrate all the elements of hip hop culture including dance, music, art & fashion this Saturday https://t.co/aJNfRCcQBK (38 minutes ago)