Motorcyclist dies after collision at Stromlo 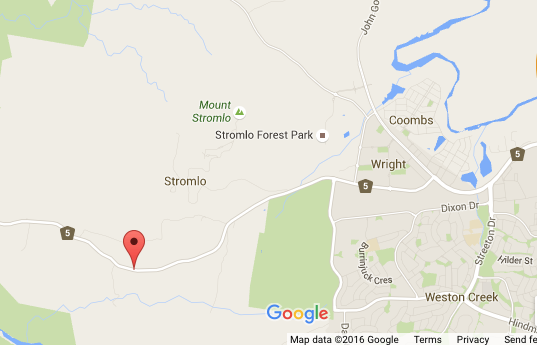 A man died in hospital late yesterday afternoon after suffering serious head and chest injuries when his motorcycle collided with a tree on Cotter Road, Stromlo a short time earlier.

His death is the first fatality on Canberra’s roads this year.

ACT Policing is investigating the single-vehicle collision, having responded initially to a report of the accident at about 5pm yesterday.

ACT Ambulance Intensive Care Paramedics transported the man to The Canberra Hospital late yesterday, however he died shortly after. He had sustained serious head and chest injuries.

ACT Policing’s Collision Investigation and Reconstruction Team is examining the circumstances surrounding the collision. A report will be prepared for the Coroner.

A police statement noted that the fatality came one day after the launch of the Country Roads Safety campaign and was a tragic reminder to drive to the conditions on country roads.

Police ask that any witnesses to the incident who have not yet spoken with them contact Crime Stoppers on 1800 333 000, or via act.crimestoppers.com.au. Information can be provided anonymously.

Julie Macklin - 51 minutes ago
I volunteer, although as I also go travelling now at times, these days it is only in between that. I thought of volunteering... View
Sharee Schultz - 4 hours ago
Lynn Nerdal thanks Lynn. That is exactly what I meant 😉... View
Lynn Nerdal - 4 hours ago
Suzanne Milne Sharee certainly did not say that! The reason people volunteer is different for each one of us. We might have s... View
News 47

Tania Shaw - 4 hours ago
Jesse Ward yes I am fully aware of that View
Lance Hallström - 14 hours ago
Lyndon Ogrady did your house evaporate when you settled? If an investor bought it then it's still for rent. If a renter bough... View
John Hynes - 14 hours ago
Gee, the Labor Party getting commercial policy wrong? Never!... View
Opinion 102

Peter Mackay - 10 hours ago
Sean Kinmonth Think about it. Self-driving vehicles are on Australian roads right now, and every year there are more of them... View
Sean Kinmonth - 14 hours ago
Peter Mackay do tell were your information for self driving cars being implemented before the trams are paid off comes from?... View
Maddison Farrawell - 15 hours ago
https://youtu.be/17cxH9p-xps View
Community 20

Chanelle Fyve - 12 hours ago
Can they lend them out to backyard - I know the Canberra bee society puts them into people yards so they can have different v... View
Bente Hart - 20 hours ago
Susan Nicholls 1kg sugar to 2L water heat gently until sugar is dissolved. Cool down. Poor into shallow tray with straw or th... View
Capital Retro - 1 day ago
There are definitely more bees than flowers in my garden this season. I think the urban situation will improve but it's prett... View
Business 7

Susan Guelman - 12 hours ago
I have lived in Canberra for 63 years (emigrated from UK) and wouldn’t live any where else. I get so angry and frustrated w... View
Malcolmo Oz - 1 day ago
Trudy Jane Even worse Jane (and Betty) - many have never even come here!! View
Opinion 24

Amy Jones - 20 hours ago
Britt Shephard shall we attend for a few ciders?? 👍🤷‍♀️ View
Community 39

The Bureau of Meteorology (BOM) is warning Canberrans of dangerous conditions as heavy rain and thunderstorms begin to make their...
News 47

@The_RiotACT @The_RiotACT
Power lines are down on Tungun St in Narrabundah as well as Dawes street in Kingston, as Canberra is set for another day of high winds. Emergency units are on scene. (2 hours ago)