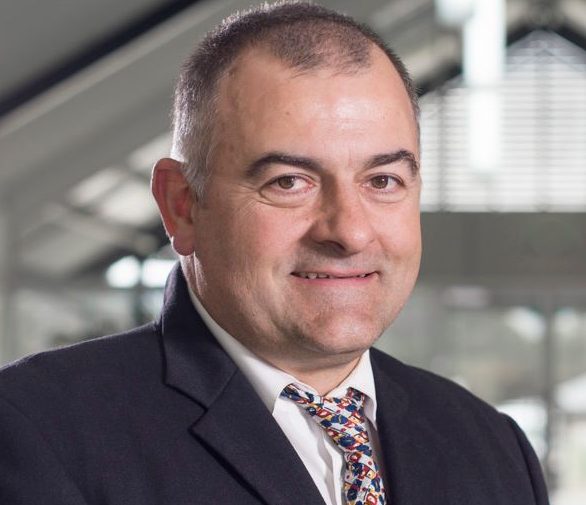 Trevor Hicks has been endorsed as the National Party candidate for Eden-Monaro. Photo: QPRC Facebook.

In what’s rapidly developing into a Melbourne Cup field, the National Party has pre-selected Queanbeyan Palerang Regional Council member Trevor Hicks as its candidate for the forthcoming Eden-Monaro by-election.

Nationals leader and Deputy Prime Minister Michael McCormack made the announcement on Saturday (6 June), flanked by Mr Hicks and the Member for Monaro, John Barilaro (who is alleged to have sent a series of angry texts to his leader several weeks ago, at the height of speculation over the seat).

A Captains Flat resident, Mr Hicks is a longtime councillor who has also been deputy mayor (and a former Braidwood Redbacks rugby player). Local speculation had been mounting over the past few weeks as he appeared at funding announcements alongside Mr Barilaro and Queanbeyan mayor Tim Overall.

Mr Barilaro said Mr Hicks was a “grassroots candidate … who understands the land”.

Mr Hicks flagged the need for job creation in the fire devastated electorate, adding that there was a need to “get the community back running, back working” after an extremely difficult summer.

The announcement comes weeks after a very public row between Mr Barilaro and the neighbouring Liberal Member for Bega, Andrew Constance, over who would run for the seat. In the event, neither man will contest the by-election and Fiona Kotvojs won Liberal pre-selection with strong support from local branch members.

Leaked texts are said to have revealed that Mr Barilaro questioned Mr McCormack’s National Party leadership and failure to support his quest for the plum seat, long a bellwether for Australian politics.

“To feel threatened by me clearly shows you have failed your team and failed as a leader. You will never be acknowledged by me as our leader. You aren’t. You never will be,” the texts are alleged to have said.

“Your lack of public enthusiasm or support for my candidacy went a long way to my final decision”.

However, no National has ever held the seat and at the 2019 election Yass Valley resident and small business owner Sophie Wade garnered just 7 per cent of the vote in a tightly contested race between sitting ALP Member Mike Kelly and Liberal candidate Fiona Kotvojs.

The 2020 election will be just the second time in three decades that the Nationals have run a candidate. Last week the Shooters Fishers and Farmers Party announced that Harden businessman Matthew Stadtmiller would run for the seat and the Greens announced Cathy Griff as their candidate.

High profile former Bega Valley mayor Kristy McBain won ALP preselection and a number of other smaller party candidates and independents have also indicated their interest in the seat.

Both Mr McCormack and Mr Barilaro strenuously resisted attempts by media on Saturday to draw them back into the leadership confrontation, although it was the first time they’d been seen together in public since May’s dramatic events.

“John and I know we’ve got an outstanding candidate in Trevor Hicks. We’re both very much behind him,” Mr McCormack said, while Mr Barilaro said that he and the Deputy PM were united in their support for Mr Hicks.

“Michael McCormack is the deputy prime minister of this country. He leads the federal National Party. I lead the NSW National Party. One of the things we will always put first is our communities,” Mr Barilaro said.

He was, however, insistent that a vote for the Nationals was not simply a vote for the Coalition, denying that they were the junior partner in the long-standing arrangement. At this stage, there is no formal indication where Nationals preferences will flow.

“We’ll make those decisions as we need to but at the end of the day the voters of Eden-Monaro will decide where their preferences go,” he said.

Sean Kinmonth - 1 hour ago
I thought the ACT had the second cheapest supply due to 100% renewables. Only Tassie had cheaper due to hydro. From what I re... View
Sean Kinmonth - 1 hour ago
There is a risk with every power source. The link is particularly biased and tells half truths and should be discounted as be... View
dulynoted - 5 hours ago
the electricity market in australia seems rigged, we pay way more for electricity than other countries with similar generatio... View
Sport 4

Capital Retro - 3 hours ago
Forget the "the significant costs and operational requirements associated with the program." being the reasons. The risk is u... View
ChrisinTurner - 4 hours ago
It is amazing how the number wishing to return home has remained constant despite over 100,000 returns. View
Opinion 84

chewy14 - 4 hours ago
The solution to this is simple. Instead of building more public housing, the government should divest itself of almost all of... View
JC - 14 hours ago
So so true. With social media such as this type of site and Facebook etc so many political decisions these days are about opt... View
Food & Wine 2

@The_RiotACT @The_RiotACT
Music festival organisers are chafing at the ACT's continuing COVID-19 limits on live performances and the uncertainty they face trying to plan and stage events https://t.co/rSXG3xdIXs (43 minutes ago)