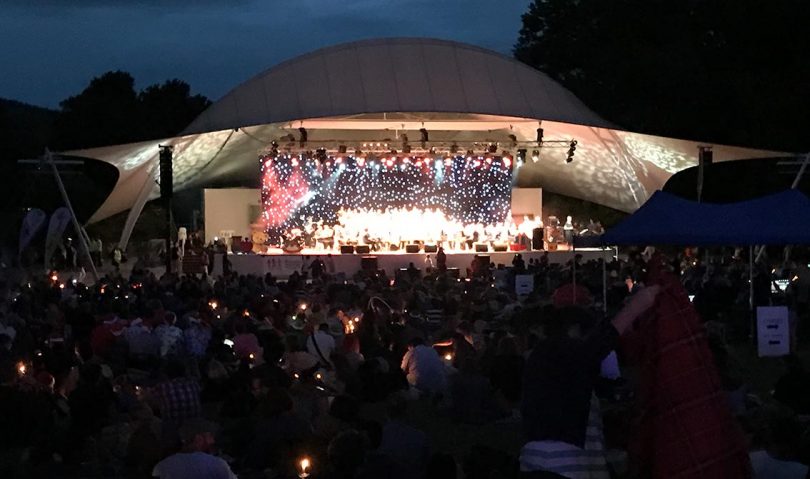 Carols by Candlelight has a 74-year history in Canberra. Photo: WVYC.

Organisers of one of Canberra’s oldest and most beloved charity events have been staggered to find that for the first time in memory, they will be asked to pay a fee for holding Carols by Candlelight at Stage 88.

Woden Valley Youth Choir has organised the Carols for the last quarter century, forming part of an event history stretching back almost 75 years. But this year for the first time, the organisation was told by the National Capital Authority that they would have to find a $2000 fee.

Region Media made a request to the NCA this morning for an explanation of how the fee decision was made. WVYC heard this afternoon that the NCA had failed to include a 50 per cent charity discount in their invoice and will be re-issuing the documentation.

The change comes after prolonged negotiations between WVYC and the NCA. The Choir’s organising sub-committee say they had made repeated requests for the NCA’s event coordinator to consider waiving all fees. They had also recently contacted Chief Minister Andrew Barr for assistance, and are pleased with the late change which comes just over a fortnight before the event on December 19.

But a spokesman says that even with the reduction, there will still be a considerable impact on fundraising for the event’s major beneficiary, the Domestic Violence Crisis Service.

“Woden Valley Youth Choir is a not-for-profit organisation and every cent counts. Our goal has always been that Carols by Candlelight would be a free event for the Canberra community. We see it as our gift to the community and community-based charities and generally, everyone involved has the same vision.

“Everybody donates their time and services so that as much as possible can be given to the selected charity and the event has raised over $100,000 for local charities over the last 20 years,” the spokesman said. Depending on the weather, crowds at the event range from 2000 to 10,000.

Region Media understands that the decision was made to change the fee structures late last year and that the WVYC, as a not-for-profit organisation, is receiving the discount rate. The total fee includes venue hire and the use of electricity and water. However, the WVYC’s Carols by Candlelight sub-committee volunteers seek sponsorship for toilets, garbage bins, waste removal, cleaners at the end of the function and more.

Late this afternoon, the NCA responded to a request for comment with a statement. “The NCA and the Woden Valley Youth Choir have entered into an event partnership arrangement going forward to reduce fees for this community event and will continue to do so for Not for Profit community events where there is mutual benefit and alignment with the NCA’s goal of promoting the National Capital.

“The NCA charges fees for the use of infrastructure and prime event venues to offset the cost of maintenance of these sites. The NCA supports the use and activation of National Land by the community. The NCA continues to work collaboratively and in many cases form active partnerships with event organisers for community-based events, to ensure that these events can continue to benefit the Canberra community.”

Is it fair to charge an event fee for a charity fundraiser?

They could just say thankyou really and look for a better target.

I bet it doesn’t cost $1000 in electricity and water to conduct the event. Cost recovery is one thing, gouging is quite another.

even if it did aren’t these places supposed to be public spaces for all to use?

I thought so. The Monaro Folk Club used to run Summer Dancing in the Park. No more as the cost is prohibitive.

I would like to support this event, and I would be happy for my business to donate some funds towards this fee, to ensure this event stays alive for the Canberra community. We do not have many events now so anything we can save has got to be good! Who do I contact in regards to this.

Hi Brennan – could you please email info.wvyc@gmail.com? We’d love your support, thank you!

Brennan Blaseotto please call our office on www. Wvyc.Org.au Brenda can give you more information.

Agree with all of the above. This event does not make a huge amount of money so taking the $1000 off the top will put a big dent in the amount going to charity.

Well then that Terry Weber and PWC can shell out $10000 to the DVCS
today Terry right now
Or we’ll wonder why u don’t support a domestic violence crisis service , and indeed have fined them???? Same for PWC

Not cool at all 👎

Oh the irony! The NCA couldn’t conduct its activities without volunteers who provide services at the National Capital Exhibition, the Old Parliament House Rose Gardens along with the volunteers for the ANZAC Parade memorials, Lake Burley Griffin, Blundells Cottage and Commonwealth Place. If the NCA had to pay for this, it would cost them thousands. Giving back at Christmas time surely wouldn’t hurt them.

When funding has been cut for services that already affect people using this service and associated services, this really is appalling!

Mia Cliff That is an accurate description of the current Assembly

What a joke. NCA are not for profit either so why charge. Surely a 1 night event can be free for the charities

Where is the NCA’s spirit of Christmas for goodness sake!

This is really sad news

This is a really dirty example of the Commonwealth Government doing it because it can. It takes hundreds of volunteer hours to make public events happen, and this is easy money for the NCA and by extension the Commonwealth. The upcoming election is time to really put the squeeze on the sitting members and senators for the ACT, and make the greed of the NCA an election issue for Canberra politicians. The Federal Government doesn’t own Canberra and needs to stop acting like it does.

To be fair it is probably not the majority of our elected officials at fault as they are not in government….. except Zed. It can’t hurt letting the others know that if they are in government to look at the rules. I daresay the budget has been tightened at the NCA again…..

Where is the Christmas spirit?

Time to overthrow the NCA #takebackCanberra

They are doing this to every NFP/community group that want to use facilities around the lake. Some have paid modest fees in the past and are now being asked for hundreds of dollars with very little notice of the change.

Great, we can look forward to Carols in Queanbeyan next year perhaps?

Do the NCA really need to maintain the land if no-one is there to see it?

I’ve said it before and I’ll say it again.. The NCA is a leech on the city and I’ve yet to see something positive come from anything they do. 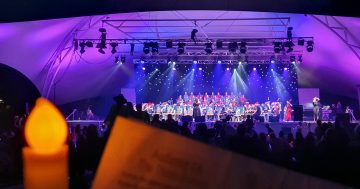