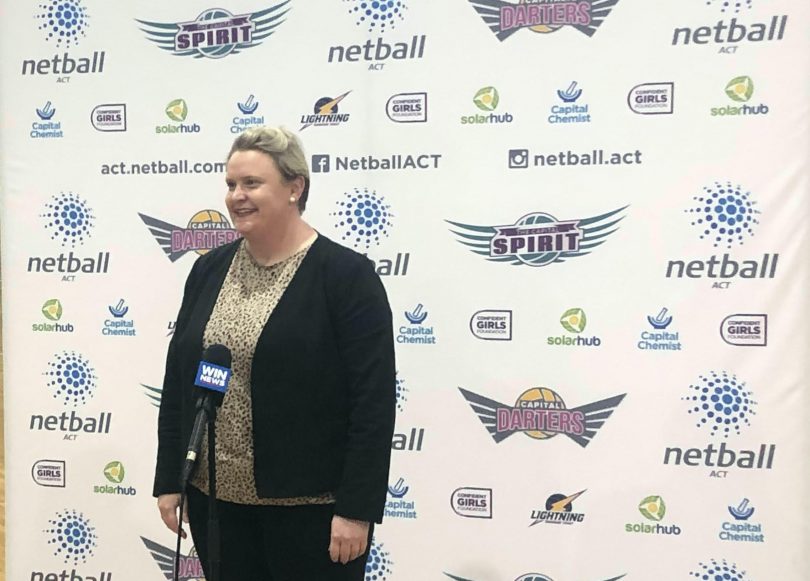 As we enter Mental Health Month, Netball ACT (NACT) and Mental Illness Education ACT (MIEACT) have partnered to encourage athletes, coaches and families to take the conversation about mental health off the court.

This year’s theme is Conversations and Connections, so NACT is using its app to provide the community with a series of videos and resources to help people start talking about issues like depression, anxiety and self-esteem.

Given the unpredictability of 2020, taking the time to have these conversations and create connections with new people has never been more important.

“Young people have an emotional readiness to participate in sport, especially at a grassroots level, so it can be a place where changes in emotional wellbeing may be noticed first,” MIEACT CEO Heidi Prowse said.

“Providing education to meet players, their coaches and athletes where they are empowers a whole community response to support each other on and off the court, and how to connect people to local service providers should they need it.”

While research shows that sport has psychological benefits for its participants, NACT recognises the need to provide a safe space for these conversations to occur and increase the awareness around mental health in the community.

NACT’s General Manager – Operations and Sport Nicole Bowles expressed her excitement about the partnership with MIEACT to help provide educational resources for the community.

“We are ecstatic to partner with local Canberra business MIEACT,” she said.

READ ALSO: All abilities netball team shoots for the stars

“The Netball ACT app has been a wonderful resource for the community to access information regarding practical netball skills. Through our partnership with MIEACT, we are pleased to provide resources around supporting athletes, building resilience, performance under pressure and planning wellbeing for performance.”

Ms Prowse said the initiative was great and would provide a positive mental health and wellbeing environment for the community. She said a performance environment might be the first place changes were noticed.

“This is a great initiative by Netball ACT to create an environment of positive mental health and wellbeing in their sport and we are delighted to be a part of it,” she said.

To access the mental health resources and more download the Netball ACT App, visit the Apple or Google Play stores.

Ol L - 3 hours ago
Brindabella s? Would look like nothing recognisable as there hardly the Himalayas View
Capital Retro - 1 day ago
".... An emblem showcasing medieval queens, crowns, and castles, doesn’t represent 21st century Canberra..." We have all th... View
Stephen Saunders - 1 day ago
Symbols do matter. The British monarch is the white hereditary chief of the Church of England. An emblem showcasing medieval... View
Food & Wine 1

TimboinOz - 16 hours ago
How to spend money, in public? AKA Konspikewus Konsumption. Look at ME!!!!! YAWWWWWWrrrrm. Build a veggie garden, grow your o... View
Food & Wine 1

chewy14 - 17 hours ago
BJ, You aren't meant to bring these things up. The only information allowed is positive. It's efficient, it's modern, it's vi... View
chewy14 - 18 hours ago
JC We don't need news reports, transport Canberra publish the patronage reports. BJ's figures are accurate. https://www.trans... View
bj_ACT - 18 hours ago
Just for the record, the light rail business case for expected daily patronage was quite low in 2019 and we beat that in the... View
Property 6

JC - 19 hours ago
China may well be a developing country with many that are very poor. It does however have a massive (millions) middle to uppe... View
keek - 21 hours ago
Nobody held a gun to the Chancellors head and said "You must rely on income from foreign students and expand to a level where... View
chewy14 - 24 hours ago
JS9, Whilst I would agree that the Federal government has set the framework and playing field that the Unis are operating in,... View
News 4

The mental health impacts of the COVID-19 crisis

@The_RiotACT @The_RiotACT
Canberra's second repatriation flight of the year is due to arrive from Singapore on Monday night with between 150 and 180 Australians on board https://t.co/vNY4C8cvTn (32 minutes ago)