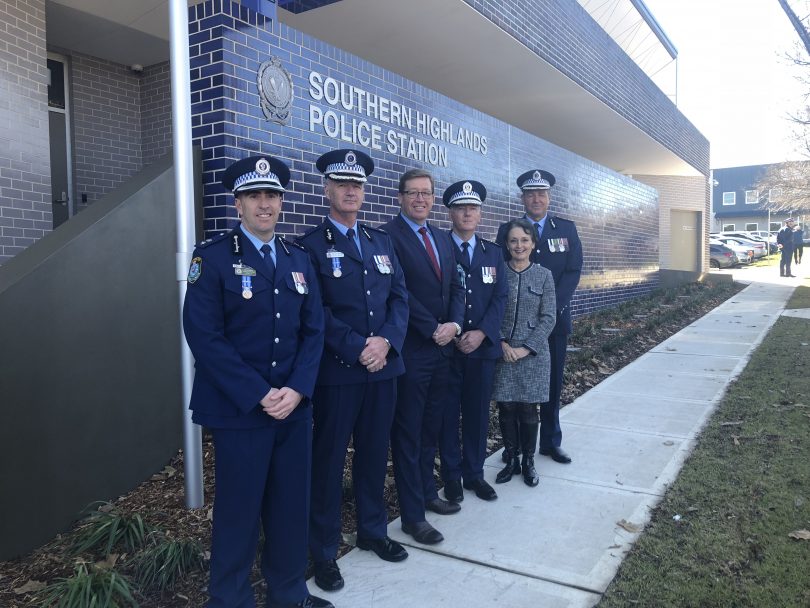 Officers from the Hume Police District, Minister for Police and Emergency Services Troy Grant and Member for Goulburn Pru Goward at the official opening. Photos: Supplied.

The new multi-million dollar Southern Highlands Police Station has officially opened, boosting the crime-fighting capability of police throughout the region.

NSW Minister for Police Troy Grant, who opened the police station last Wednesday (4 July), said the Southern Highlands and Tablelands have a long history as a police epicentre.

“It is great to see the new station now up and running, with so many specialist units working together to detect and prevent crime,” Mr Grant said.

“This modern station provides local officers with state-of-the-art technology and equipment to help keep the community safe and secure.

Mr Grant commended the Member for Goulburn Pru Goward and the Member for Wollondilly Jai Rowell for their “unwavering advocacy” on behalf of their local police and communities to get the project off the ground. 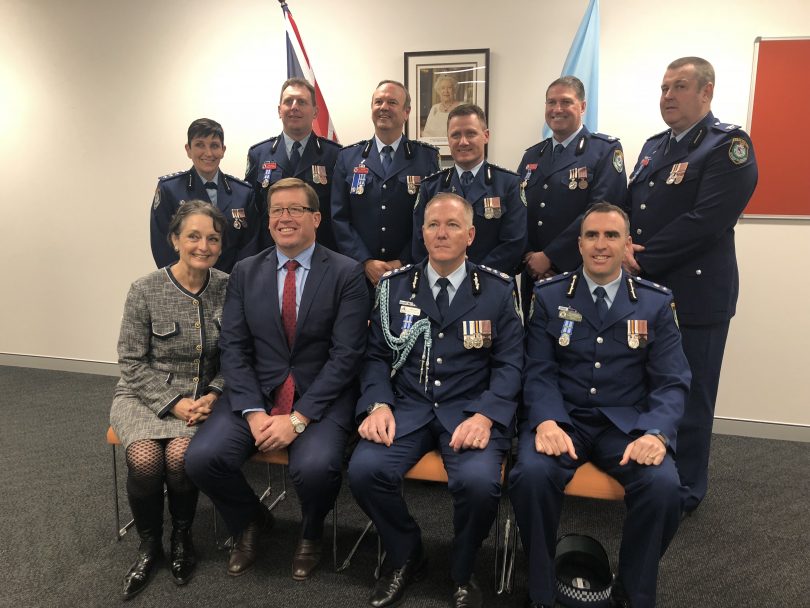 Member for Goulburn Pru Goward welcomed the opening of the new Southern Highlands Police Station in the heart of Moss Vale.

“The Southern Highlands might be a large geographical region, but at heart we are a close-knit community with strong ties to the NSW Police Force,” Ms Goward said.

“I’m thrilled that our dedicated officers have a new hi-tech base to support them combat and crack down on local crime.”

Member for Wollondilly Jai Rowell said community safety is one of the top priorities of the Liberals and Nationals Government.

“Our men and women in blue put their lives on the line each and every day, attending violent incidents and supporting victims of crime. It’s only fitting they have the best possible tools and facilities to support their invaluable work,” Mr Rowell said.

“Now fitted with cutting-edge technology and upgraded resources, the new Southern Highlands Police Station means our officers will be better equipped to target, disrupt and prevent crime in the area,” Commissioner Fuller said.

“We are in a better position to be more strategic in our policing and, as part of the re-engineering process, we are strengthening frontline police numbers as we continue to maintain safety and security where it matters the most: in the community.”

Mechanism Of Action - 52 minutes ago
Nugget Harris as they should be View
Silentforce - 10 hours ago
Another solution would be to enforce pedestrian laws (if any in the ACT). Working in Civic, each day I witness jay-walking, c... View
Tāmati Kentwell - 10 hours ago
Hugh Gregory most income based schemes like this take into account number of dependents View
Community 43