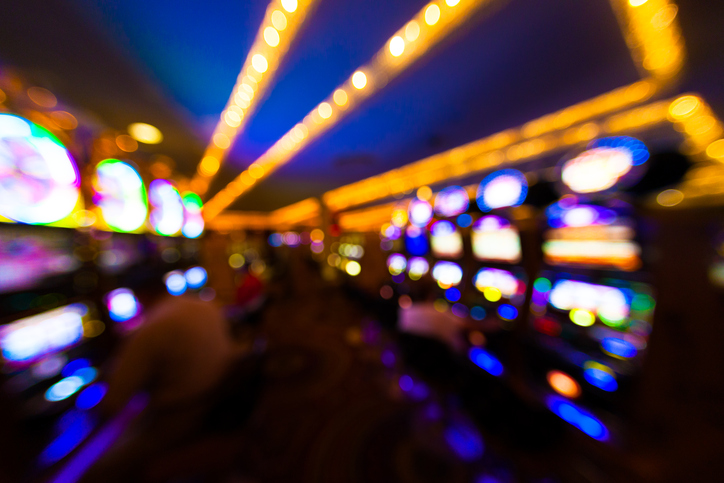 Gambling is currently a topic of much conversation in the ACT. It is becoming clearer that the time is right to reform gambling regulation to better protect the community from the harm.

We are regularly being presented with information regarding the failures of the current system and the harm being caused. Only last week new research, funded by the Foundation for Alcohol Research and Education and carried out by the Monash University, was released that found that the community contributions scheme, a key feature of the ACT’s ‘community gaming model’ is being used primarily to fund sport and recreational activity, often funding administration and elite sport, rather than being directed towards reducing gambling harm, charitable activity or grass roots activity.

Not long ago I wrote a column for The RiotACT following my resignation from the ACT Gambling and Racing Commission about the need for significant legislative reform, and signalling the need for a community voice to balance the strong industry voices that have often persuaded Governments to adopt light-touch regulation around products that are causing significant gambling harm.

Given this, it is exciting to now join with a range of individuals and organisations who have been working in this area to announce the formation of a new community alliance, the Canberra Gambling Reform Alliance. The Alliance was formalised at a meeting last week and more information can be found via Facebook.

It is a privilege to be working with this group of individuals and organisations who have a deep understanding of the harm that gambling can create given their work at the front line of social services. They include service providers including Anglicare NSW South & ACT and Belconnen Community services, peak organisations such as ACT Council of Social Service and ACT Shelter, as well as individuals working in this area. All of us have tried to work within the existing systems to reduce risks to the community and increase support. We have come to the collective view, however, that the Government is not doing enough to protect vulnerable consumers of products that are potentially dangerous and are designed to be addictive – particularly the pokies.

The Alliance aims to be a moderate community voice, calling for reform that responds to the increasing evidence base around the causes and impact of gambling harm. The Alliance is calling for a range of reforms including reducing the number of pokies by half within a decade, the introduction of mandatory pre-commitment for all venues, $1 bet limits on all machines, aligning the rules on EFTPOS machines with ATMs, as well as an overhaul of the community contributions scheme to improve social benefits flowing from pokies profits.

We enter this conversation with optimism and positivity that the time is right for reform. We are extremely hopeful that we can work with the community, and the Government to achieve sensible change that levels the playing field in favour of consumers rather than the Industry that is profiting from a product that can cause real harm.

This optimism is partly driven by the way in which mainstream media is profiling this issue. We rarely see a commitment to sensitive, regular and balanced reporting on an issue such as this. We are also heartened to see that Industry is clearly reflecting on the role they should play, evidenced by the emergence of a new peak organisation to represent elements of the club industry. There appears to be an understanding from Industry that there is a need to change the tone of engagement on this issue. We are hopeful that this also results in Industry being open to evidence-based regulatory change to reduce gambling harm.

We hope that the Government is listening. The Parliamentary Agreement provides a platform for initial work, and we stand ready to contribute to achieving the reform that is needed.

What do you think are the most effective ways to reduce gambling harm in the ACT?

Want to find out more? A screening of Ka-Ching, a documentary where industry insiders go on the record to explain how carefully pokies are programmed for addiction, will be held at the Polish Club in Turner on Thursday 25 May from 7pm. RSVP Here. Kate Seselja will share her story of recovering from a gambling addiction as part of the Canberra Wise Women Series on Monday 5 June at the Vibe Hotel, Canberra Airport from 5.30pm. RSVP Here.

I’m with you HC. Robbing the poorest to fund the dreams of our overlords through taxation of the proceeds of gambling.

I was particularly taken by the way the Tradies club stuck out its hand as soon as Barr said the government would no longer deal with Clubs ACT.

Get every pokie machine in Canberra, put them in a big pile and melt the bloody things!

A wonderful initiative on a very important issue in our community. Wishing you every success in bringing about change.

Andrea Mya Riboust - 8 hours ago
Jamie Angela our large noisy friends from up north, must have just been a particularly busy couple weeks for them 😄 I thin... View
show more show less
*Results are based on activity within last 7 days

Kate breathes new life into fighting back from gambling and addiction