Canberra, we need to talk about our gambling problem 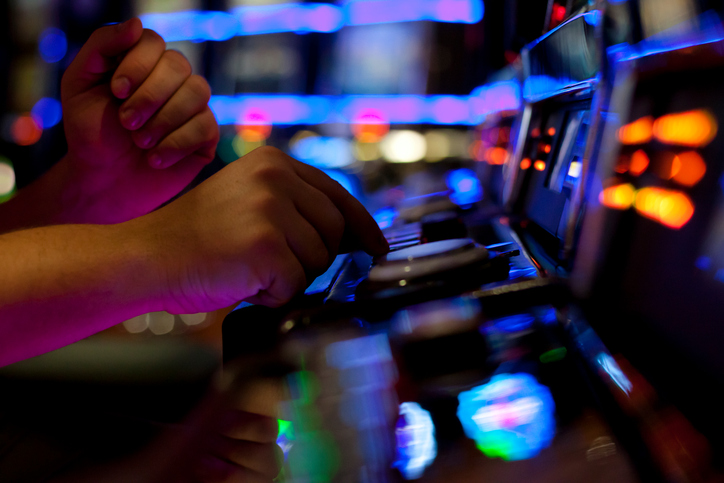 Like many Canberrans, I was deeply moved last week when I heard the story of Laurie as she went public about her addiction to poker machines on local radio. Given the stigma that surrounds gambling addiction, this was a gutsy move and gave a personal perspective of the devastation of gambling addiction. It was a powerful testimony that highlighted the dangers of pokies.

Laurie’s experience raises important questions about how well our current regulation is working and where responsibilities lie when people are clearly in the grips of an addiction. In telling her story, Laurie notes she was a regular in her club, the staff knew her, and knew how much money she was losing. She reported that the tens of thousands of dollars she lost from her retirement savings were withdrawn using the staff-operated EFTPOS machine at the club. Yet no-one at the club intervened to ask her if she was okay or needed help with her gambling problem.

Venues have clear obligations in relation to responsible gambling which appear to have failed in this case. These are part of broader set of laws and obligations that are key to maintaining a social license to manage products that are harmful. While much is made of the ACT’s model of ‘community gaming’ which sees some profits returned back to the community by the way of community contributions, we need to also ask what is the cost of this model. We need to be confident that obligations are taken seriously by industry and profits are not put ahead of people. In the wake of revelations about the failures of industry to meet their obligations, we need to ask why we are seeing local clubs apply for increases in the number of pokies licenses in venues that are located in areas of low socio-economic status or already higher rates of gambling.

While fewer and fewer people play the pokies in the ACT, there is still millions of dollars being poured through them. Canberrans gamble on a variety of products but poker machines are the most popular form of gambling and are causing the most harm. According to Australian Gambling Statistics, in 2014-15 ACT residents lost $167 million on the pokies. ACT research suggests that almost half of these losses (44%) come from people experiencing gambling harm. That is right – almost half the profits made from gambling locally come off the backs of problem gamblers. In addition, this research also suggests that amongst people who have been identified as having a gambling problem, over 75% of these are playing the pokies. This is no surprise given what we are learning about the how pokies are intentionally designed at every level to foster and perpetuate addiction -facts explosively unmasked in the documentary Ka-Ching a few years ago.

While the regulator is trying its best, it is clear that the current laws are not protecting Canberrans from dangerous poker machines that are designed to be as addictive as possible. Basic consumer protection is hampered by ineffective self-regulation, half measures and an inability to introduce measures that we know work.

The Government needs community support to take brave measures and stand up for ordinary Canberrans to protect them from gambling harm. There is a range of simple measures – like mandatory pre-commitment and maximum $1 bets – that we know that will make a difference by protecting those spend the most on poker machines, without causing major hassles to those who only gamble moderately.

Until recently, I was on the Board of the Gambling and Racing Commission. I have decided to step down from the board because I am convinced that we need a community-based movement to protect players from dangerously addictive poker machines and want to be part of this movement.

Nobody wants a nanny state but we do deserve basic protections. We have laws for seat belts and cigarette packaging and it’s clear that gambling addiction deserves no less consideration.

Given the level of harm caused by gambling, I think that the community supports stronger legislation and will reward a government that values community over industry. What changes to gambling laws do you think are reasonable?

Rebecca Vassarotti was a member of the ACT Gambling and Racing Commission Board from 2014 to 2017 and held a role focused on problem gambling and harm minimisation. She was an ACT Green’s Candidate in the 2016 Territory Election

3 Responses to Canberra, we need to talk about our gambling problem
Filter
Showing only Website comments

I don’t think bar staff are the right people to recognise or deal with people in stress at a venue perhaps as a pokie licence condition clubs must have a least one trained independent councilor on duty who can intervene and offer assistance.

Nowhere else in the world has this pokies saturation and yet there are countless examples of strong communities and pastoral societies. Do we really have to gouge it all from the vulnerable? Of course not. It’s a cynical farce and we absolutely deserve better.

Dani Glatz - 7 minutes ago
The simple answer Mark is there is no such thing as a cycle path in Canberra. Only Shared Paths. Would you choose a road with... View
Morgan Stuart - 4 hours ago
I love the way people whose obvious only method of transport is a car always bang on like someone forced them to be in it....... View
Geoff Col - 5 hours ago
Peter Mcleod Ha ha Barr promises a lot of thinks but simply won't deliver. I remember him promising a new ice hockey rink dur... View
Opinion 169

theroundone - 4 hours ago
It's a damning indictment on Canberran mentality that an article like this goes without any comments. It's a sad reality that... View
Property 4

Rose Lovejoy - 4 hours ago
Michelle Jenkins I could see you here. View
Allison Lubransky-Moy - 4 hours ago
Erica what a dream 😍 View
Bethany Corr - 5 hours ago
We will keep the main cottage, you guys build your dream house! Craig Corr Hayden Miller View
News 19

Chris Allech - 4 hours ago
What does me looking at that, do to help with the current situation? View
News 1

buzz819 - 4 hours ago
Waaaah what about me! The teacher's union is a bunch of prima donnas. Going by their rhetoric then retail workers, hospitalit... View
Opinion 23

Jennifer Gee - 5 hours ago
Some really spiteful comments on here. He was very young when he entered the limelight and acted out as many young teens do w... View
Alan Davey - 7 hours ago
Very loose has he grown up yet more show than go onthe fringe... View
News 2

Kate breathes new life into fighting back from gambling and addiction

@The_RiotACT @The_RiotACT
It’s that time of year again: holidays, heat & the Hottest 100. Here are the Canberra bands to listen out for this year https://t.co/sojU14ngrJ (2 hours ago)

@The_RiotACT @The_RiotACT
After a crushing defeat in last year's election, former Liberals leader Alistair Coe will resign from the Legislative Assembly in March https://t.co/yvyGv7fyUK (3 hours ago)