New community gardens for multi-unit developments in Belconnen and Lyneham 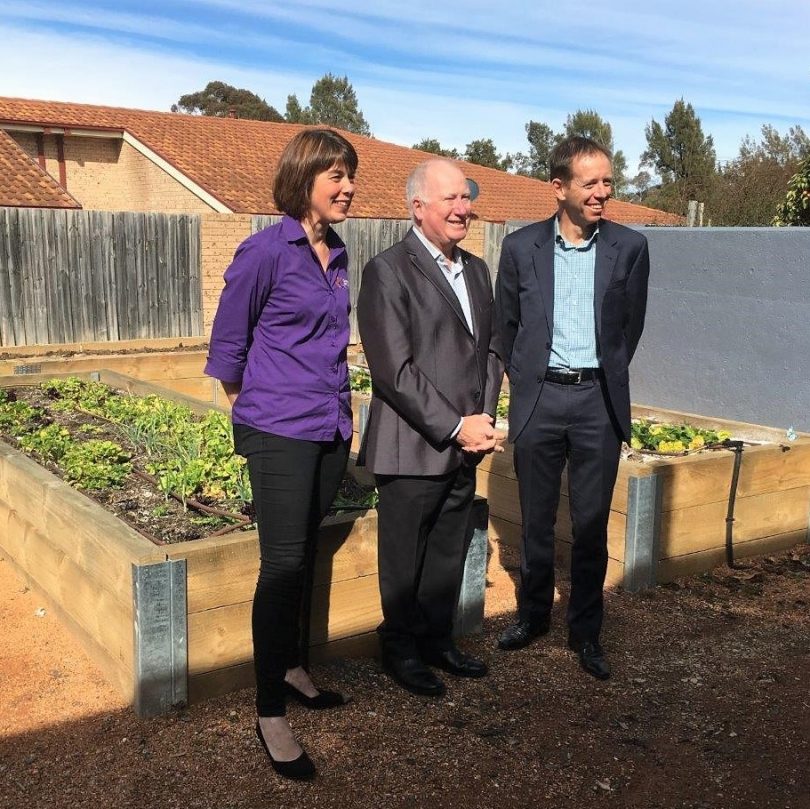 Community gardens will be established at multi-unit developments in Lyneham and Belconnen after receiving funding under an expanded ACT community garden grants program.

The two new community gardens at Hamilton Park in Lyneham and Sentinel Apartments in Belconnen are among nine projects to share in $40,000 of funding announced by the ACT Government this week.

They are eligible to receive grants for the first time after the Government decided to extend the program to cater for Canberrans living in units and townhouses. 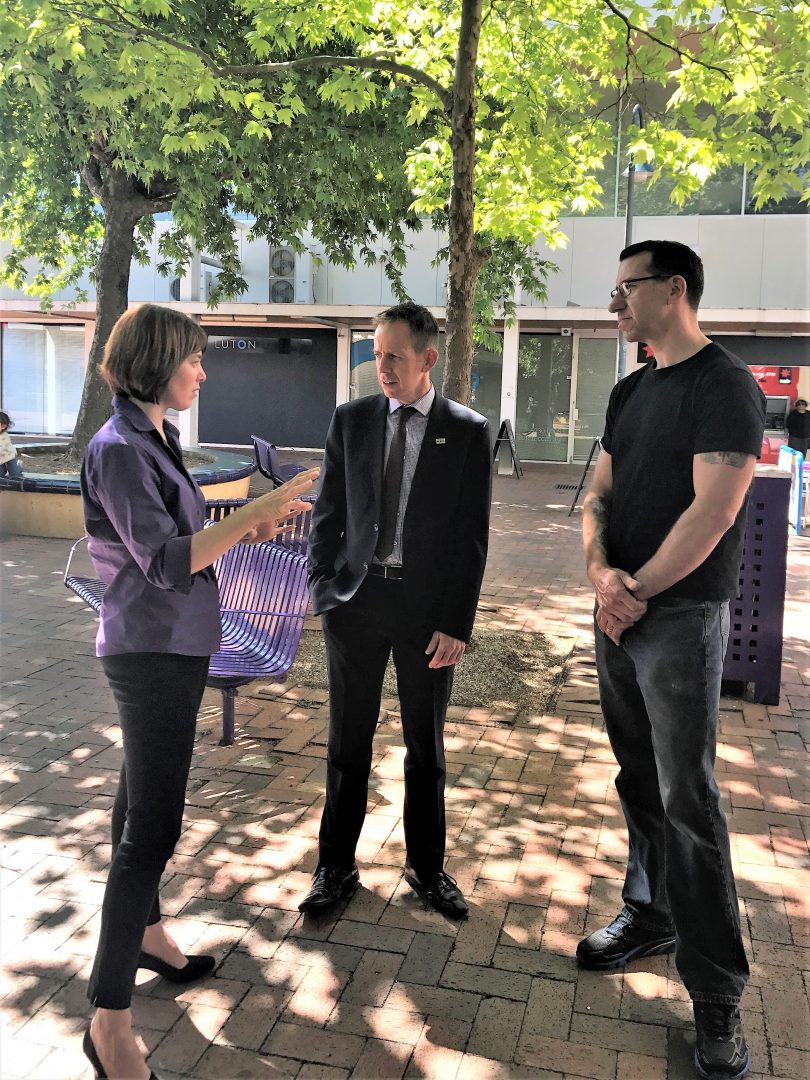 ACT Minister Shane Rattenbury (middle) speaks with Jhay Mann from Dickson Traders Association and Danielle Bate from Canberra City Care at the announcement of the third round of grants this week. Photo supplied by the ACT Government.

Minister for Climate Change and Sustainability, Shane Rattenbury, said the third round of grants under the program has awarded funding to owners’ corporations of the Hamilton Park and Sentinel Apartments developments.

“This will be a great addition for these complexes, help build a sense of community for their residents, as well as the potential for multi-unit residents to compost their organic and food waste,” Mr Rattenbury said.

“Community gardens play an increasingly important role in bringing people together and enabling people to grow their own healthy food,” he said.

“The gardens also improve our resilience to climate change and regional food security.”

Mr Rattenbury said that the nine successful projects to receive grants include:

Mr Rattenbury said there are more than 20 community gardens already established in Canberra.

“I look forward to seeing these nine new projects take shape over the coming months and encourage interested Canberrans to consider joining their local community garden.”

Do you think community gardens are a good idea? Have you ever worked in one? Let us know about your experiences in the comments below.

My wife and I recently left a community garden. Our experiences were:
– nepotism. (Contract work being given to family members of the committee.)
– no minutes to meetings
– slander
– lying
– bullying

It was a truly horrible experience. I considered going to the ACT Government, but in the end decided it wasn’t worth the trouble for a small patch of dirt.