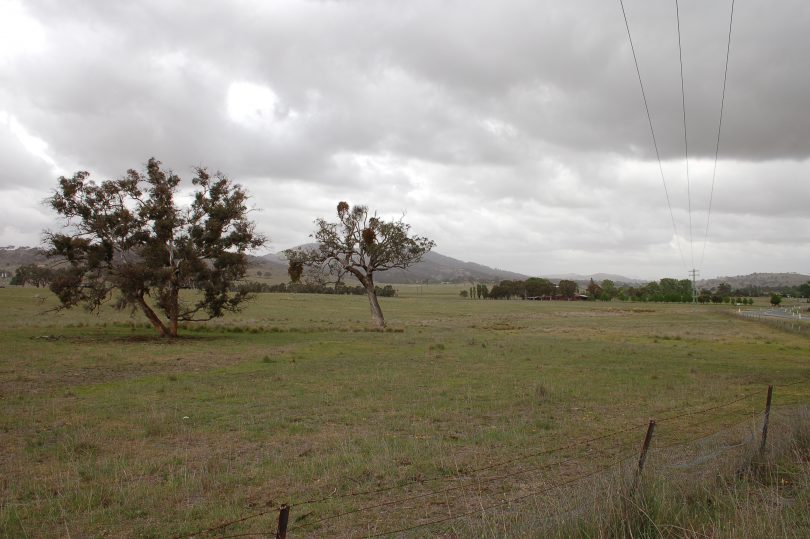 A proposal by the Queanbeyan Palerang Regional Council to include a cemetery and memorial park as a permissible use of land on two blocks in Googong has been given the green light by the NSW Government.

Mayor Tim Overall said the approved use of land at 1187 and 1241 Old Cooma Road is a step forward for the Council’s plan to secure a site for a new memorial park for the communities of Queanbeyan, Jerrabomberra, Googong, Royalla and Burra.

The current cemetery along Lanyong Drive is expected to be at capacity within the next couple of years, putting pressure on the Council to find and develop a new site before space runs out.

“The Queanbeyan Lawn Cemetery is nearing capacity and we have to find a new site to provide for the future,” Mr Overall said.

“As part of the approval process with the Department of Planning, Industry and Environment, we have conducted a number of studies on the property on Old Cooma Road, including flora and fauna, traffic, visual amenity, [and] Aboriginal due diligence and heritage.

“These studies have all indicated the site will be suitable for a memorial park.”

The Council will now begin to develop concept designs and landscape plans for the site, which will be available to the public and open to feedback.

The Council will then lodge a development application for the proposed memorial park next year following public feedback and consultation stemming from the concept designs.

The Southern Regional Planning Panel will assess the development application and the community will also be able to provide feedback on the application.

Residents of the nearby Mt Campbell Estate have previously expressed their concerns with the proposal, which has been in the works since February 2017, saying the area is a flood plain and not suitable for a cemetery.

Preliminary investigations found no issues with the viability of the project when the land was purchased in 2017.

The need for a new cemetery was first raised in Council’s 2009-13 Delivery Program.

Tom Wills - 2 hours ago
Jorge Gatica Dont rent your house then, simple. Pay for it off your own back rather than the backs of tenants. Actually stick... View
jorie1 - 6 hours ago
Agree Realist. Landlords in the ACT are not treated fairly. I guess the proof is in the lack of rental properties available.... View
Rob - 7 hours ago
This article seems to misunderstand some basic investment concepts: “But the main reason for owning rental properties is no... View
News 31

Sophie Patterson - 5 hours ago
James, I love the namea View
Mark Dennis - 9 hours ago
Lee Hearn have I got a deal for you!! 🤣🤣🤣 View
News 11

erikah - 6 hours ago
Tahlia is one of the most intelligent 14 year olds I have ever met. She’s incredibly cautious when it comes to risk assessm... View
Property 10

Jenni 'Gabrielle' McInnes - 10 hours ago
Excellent They should not be there and the idea of glorifying a feral species and protecting them under law is absolutely mad... View
Jenni 'Gabrielle' McInnes - 10 hours ago
Helen there are. Are you disputing the work professional scientists have done? What is your background in saying this?... View
show more show less
*Results are based on activity within last 7 days