Nice, different, unusual: Kimmie (the puppy) bounces back after a rough start 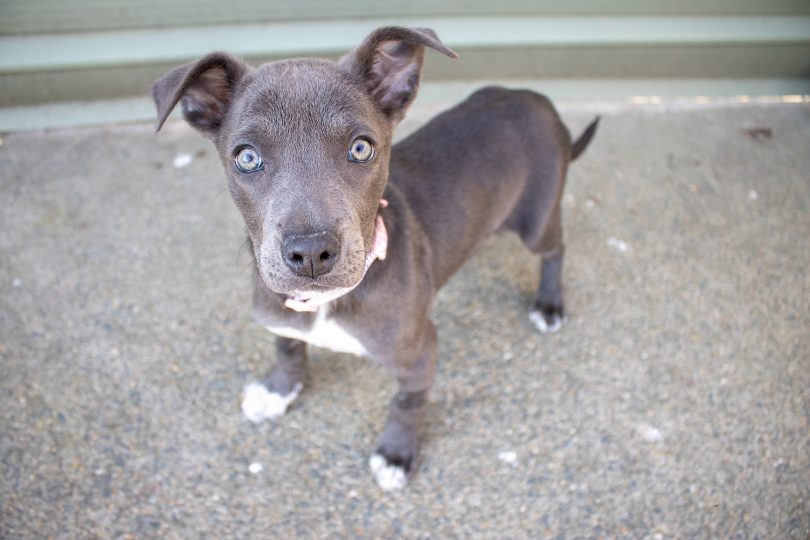 Kimmie turned up at the RSPCA ACT in July this year as a four-week-old puppy. Photo: RSPCA.

You wouldn’t know it from her sparkling eyes, inquisitive head tilt and active personality, but young Kimmie has been through the wringer.

At the tender age of four weeks, the puppy went through not just one but two major abdominal surgeries.

Kimmie is a cross between a kelpie and a staffy, and turned up at the RSPCA in July this year alongside her three siblings.

RSPCA veterinary surgeon Dr Eloise Bright says the owner surrendered the puppies to cover the cost of desexing the mum as part of the RSPCA’s last litter program.

“We sometimes encourage this for pets that need desexing. The litter program is an ongoing offer for pet owners who can’t afford desexing.”

Dr Bright says the staff in charge of the on-site kennels love naming the animals that come through and these cute puppies were to be no exception.

“These guys just seemed to suit the Kath & Kim theme,” she says. 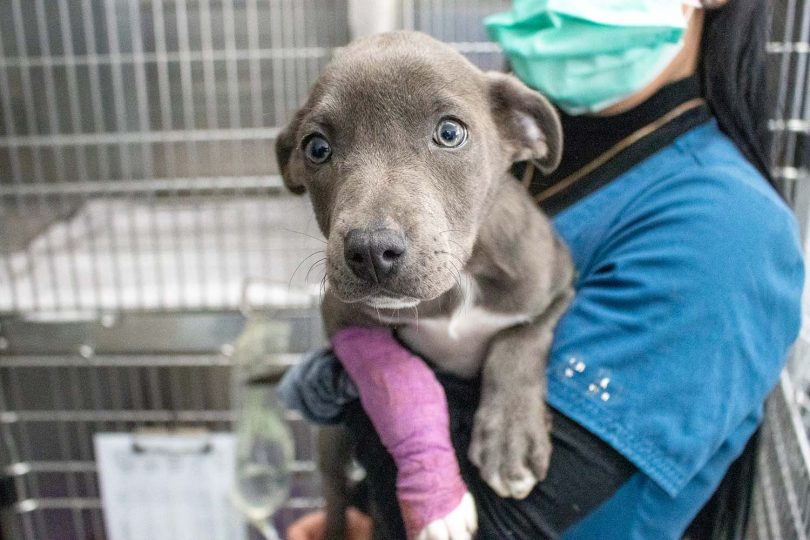 It was then they discovered Kimmie had a problem.

An ultrasound revealed that she had developed what’s known as an ‘intussusception’, where segments of the intestine fold back in on each other, in much the same way a telescope folds.

This can happen in both dogs and cats, but predominantly in those less than 12 months old, resulting in bouts of diarrhea or vomiting.

This is when Dr Bright came onboard. The only way to remedy the situation was to perform abdominal surgery, and quickly, before more significant problems arose.

Once open on the table, Dr Bright located the areas of the intestine that were folded up inside each other and gently massaged them apart.

All was well, at least to start with. The surgery typically enjoys a success rate of 80 to 90 per cent, but Kimmie was “a bit unlucky” and five days after the initial surgery, was back in the operating theatre for ‘take two’.

Dr Bright says she see bounced back much happier this time and, along with her siblings, has since been adopted.

“She is now very happy with a family and living her best life.”