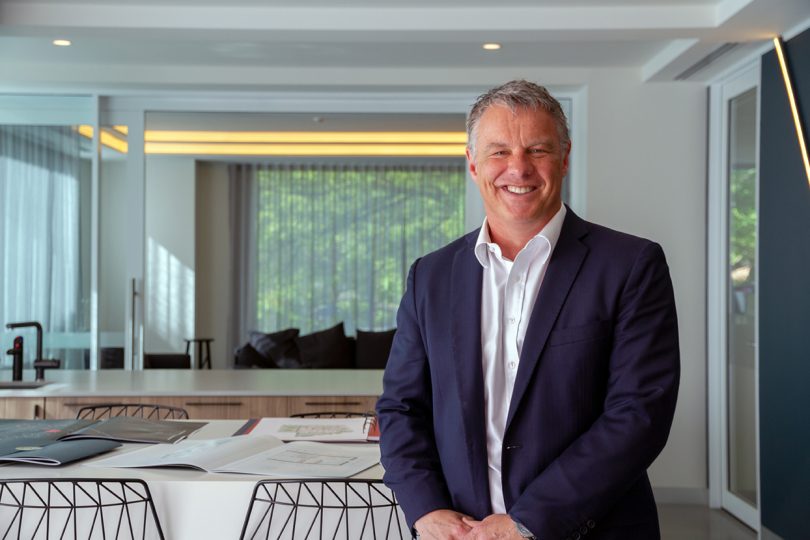 Wayne Harriden recommends coming in to visit the display suite first when buying off the plan. Photo: Supplied.

The new $25,000 HomeBuilder grant has seen a surge in buyers snapping up off-plan properties. New construction approvals soared after its announcement in June 2020.

“We have five developments that are eligible for the HomeBuilder grant right now,” he says. “HomeBuilder has definitely made people decide to take the leap, but what we’re finding is that many people don’t really know how to buy off-plan.

“Off-plan sales have been part of the Australian real estate landscape for decades. But the process still confounds a lot of people.

“The model we all grow up with is that you go and inspect houses, decide which one you like and negotiate a price. However, buying off the plan works differently right from the start so it’s not surprising people get a bit lost.”

“This is the best chance you’ll get to visualise the new development and find out the things you really need to know,” he says. “Ask about the developer, including what other developments they’ve worked on. That way you can research if there have been any problems with previous builds.

“You’ll also want to ask what the timeline is for the development. If you’re hoping to get the HomeBuilder grant, it needs to be completed before 31 October, 2022.”

Buyers can also ask questions about the building, find out which floor plans are available and find out what they can and can’t change about the colour schemes and finishes.

“Because you’re buying before it’s built, you can make changes,” says Wayne. “If you want a bigger bathroom with a proper tub, and don’t mind the second bedroom being a bit smaller, talk to the developer and see if that’s a change they can make.”

And while most people know about the government incentives that come with buying off-plan, many don’t know that developers often throw in a little extra as well.

“Ask whether they’ll throw in a blinds or furniture package as part of the deal, or reduce the deposit,” says Wayne.

For first-home buyers, putting down cold, hard cash for a home that doesn’t exist yet can feel pretty daunting. ACT legislation requires developers to put your deposit in a trust account until the building is completed so there’s no risk of a bad actor running off with the money. However, for many people, doubts still linger.

“Buyers should definitely make sure they schedule a pre-settlement inspection,” advises Wayne. “You get to see the unit when it’s substantially completed, but before you settle. You can go room by room, checking everything works and that everything you paid for has been included.”

If there are faults you don’t notice until you move in, off-plan has you covered there as well.

“Developers know that sometimes you can’t pick up a problem until you’re using something regularly,” says Wayne. “Whether it’s a cabinet handle that comes off, or a door that doesn’t fully close, you have 90 days after you move in to spot any problems and ask the builder to fix them free of charge.”

To get more insider tips on how to buy off-plan, visit Independent where you’ll find a complete guide that steps you through the process. 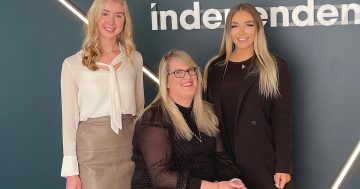 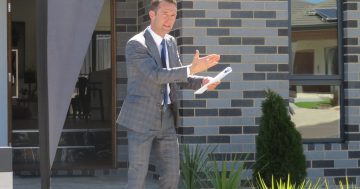