Parkinson's becomes a walk in the park this weekend 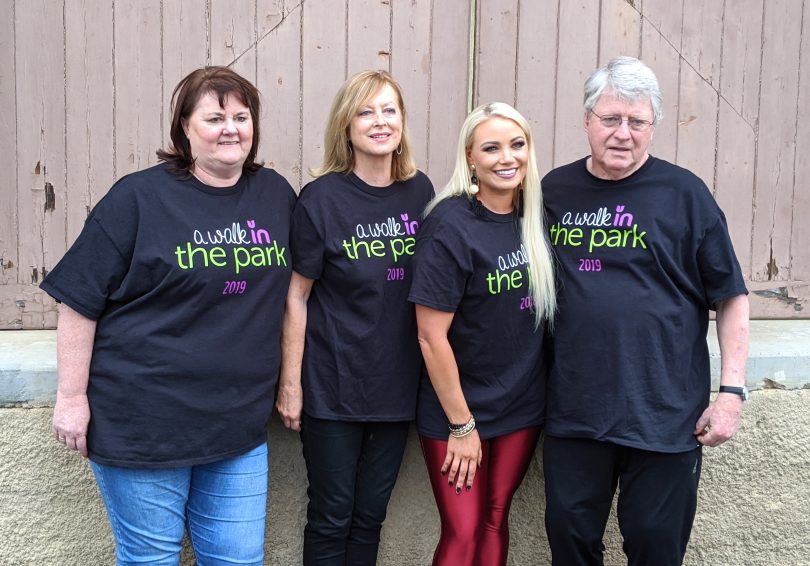 “I have lived with Parkinson’s for five years, diagnosed at 48,” Jen says.

“I am what you refer to as young-onset Parkinson’s. I first noticed symptoms like loss of smell and a stiff shoulder, but ignored them until my symptoms had progressed to a tremor in my left arm and leg.”

This Sunday, 20 October, Jen will be one of many walking to raise funds and awareness of a disease that is often thought of as an older person’s illness.

Former Canberra singer-songwriter Hayley Jensen will participate, as she too, is among those with a personal connection to the degenerative disease.

“This cause is close to my heart as my uncle John was diagnosed with Parkinson’s disease just over 10 years ago,” Hayley says of her uncle who was a very active member of the Canberra community.

“He was a highly successful competitive squash player and footballer.

“He was also president of the Belconnen Magpies Football Club and a local businessman.

“All of this came to a halt with the Parkinson’s diagnosis and the subsequent decline caused by the debilitating disease,” Hayley said.

Hayley and local band Loose Connections will perform at this Sunday’s Walk in the Park, which offers a 5 km bridge-to-bridge course to navigate as a fun run, walk or even as Australia’s first-ever officially timed Nordic Walking race. It’s a family-friendly, dog-friendly event.

Parkinson’s disease is a degenerative movement and mood disorder typically presenting with symptoms such as slowness of movement, muscle rigidity, instability, tremor, depression and anxiety.

Funds raised will help Parkinson’s ACT provide and expand its services, which address aspects of the disease that go beyond the medical diagnosis. This includes therapeutic sessions for movement disorder by targeted exercise delivered through dancing or singing. Singing, for example, is used to exercise muscles used in speaking and swallowing.

While medication and exercise help with the symptoms, it is estimated that at least 1500 people in the ACT region live with the knowledge that the illness has no known cure and the debilitating symptoms will progress with time. About 300 are under the age of 50. They are still working, raising children and paying mortgages, but fight to hold onto their health so they can give their families and themselves the best life they can. 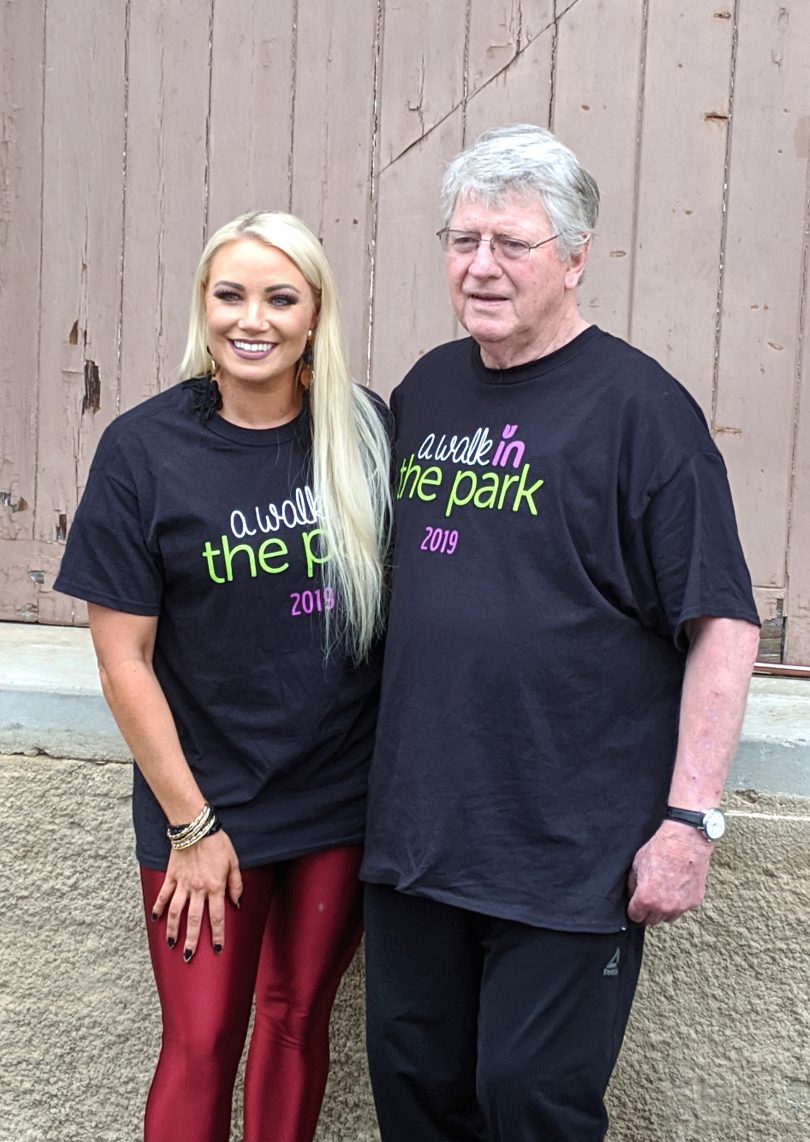 Hayley Jensen with her uncle John, who was diagnosed with Parkinson’s disease more than 10 years ago. Photo: Supplied.

“Parkinson’s ACT has been an incredible support, providing services and activities for uncle Johnny, along with many other local Canberrans living with Parkinson’s, including early-onset,” Hayley said.

“These activities have dramatically improved his quality life and the quality of life of many others, but they need the support of, and donations from the local community to fund their amazing work.”

Jen Harkness also focuses on staying positive while continuing to help people younger and older than herself who live with the effects of the illness.

“Besides Parkinson’s, we all have two things in common. We are not fans of Parkinson’s and we all want a cure or at least something that will stop the progression.

“I plan on fighting and staying as positive as I can for as long as I can,” Jen says.

The Parkinson’s ACT Walk in the Park is this Sunday, 20 October at Rond Terrace near Commonwealth Park. Registrations from 8:30 am; walks and races start at 10:20 am. Details and registration are available from Parkinson’s ACT.

Vince Chris Dwyer sorry that we will miss this.