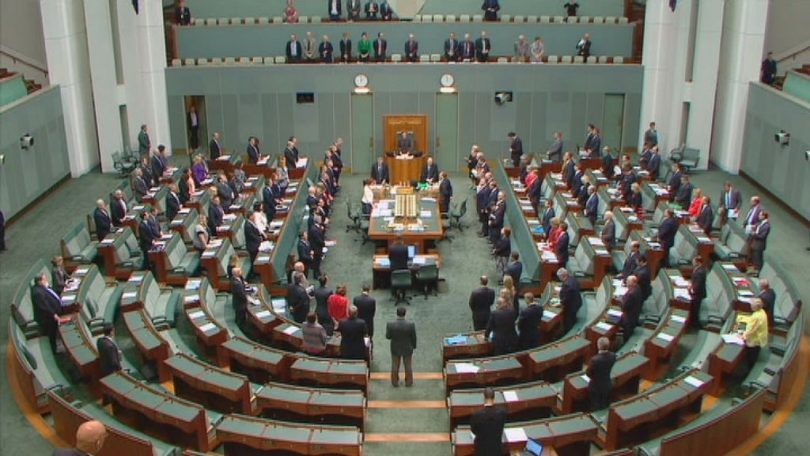 The citizenship debacle has got us questioning just how many of our representatives have abided by the Constitution.

I always, like many of you, thought Senator Stephen Parry was a reasonably nice bloke and a fairly good President of the Senate, contrasting heavily with the uber-biased Speaker Bronwyn Bishop.

He seemed to bring a warmth and levity to a sometimes difficult job. But what he’s done now seems beyond human comprehension.

How many people do you reckon are unaware of the fiasco which has been unfolding over the past few months regarding eligibility to sit in federal Parliament because of the application of section 44 of the Constitution?

Everyone, and I mean everyone, from Members and Senators, their staff, members of their parties’ executives all knew that there was a good chance that some of the six Senators and one MP could be tossed out. I would have thought that frantic exploration of antecedents’ birthrights and the possible transfer of dual citizenship would have been the go. Apparently, this lot are slow learners.

We see a raft of possible victims in the parliamentary phone book and who knows what’s happening in the halls of power?

So Senator Parry didn’t know his dad was Pom? I believe it. Thousands wouldn’t but I do. Yeah right! Both my daughters know that their dad has dual citizenship. I know cos I asked them.

Just how reckless is this guy? How could he preside over a Senate in crisis with (as it happened) four of the senators being ruled ineligible to stand let alone continue? He saw the public stoning of Big Barnaby for not removing himself from office when there was suspicion of his being a Kiwi. He saw Senator Fiona Nash kicked out because of Pommie citizenship through descent. He must have known that there was a good chance he had it through descent. He just must have.

Tell you what though. The fall out could be huge.

We know that there is a question about the legality of legislation and appointments by ministers who were deemed not to have been eligible to hold the post. The rule that a person can only be a minister and not a member of parliament for a period of three months is red herring here. Most of these guys were in the previous parliament and you wonder what decisions they took then or what legislation was passed by a slim margin and whether these were unconstitutional as well as the post-2016 ones.

I do not subscribe to the notion that these folks should repay their salaries and allowances because I don’t believe that any of them deliberately sat in the chambers actually aware that they weren’t supposed to be there. They served in good faith.

But that doesn’t legitimize the legislation and appointments or grants that they promoted. Cabinet does not authorise legislation. It agrees with recommendations put to it by ministers who sign off on the legislation through the commission they received from the Governor General, representing the Crown.

Ministers sign off applying the authority they have personally, so they should take responsibility for them.

There will be more fall out as third parties with something to gain from the overturning of legislation start proceedings in the High Court challenging the legislation, appointments, and grants. What a mess!

I reckon an audit just has to happen or a general election called to sort the mess out or things will really get out of hand.

The Lib’s Craig Kelly raised a great point the other day and it went straight under the radar – every MP who was elected with less than 50% of the primary vote is in suspect position, as are many senators who are elected under proportional representation.

Each of these “elected” members and senators have been elected on the preferences of unsuccessful candidates. But what if those candidates were ineligible to stand as candidates? Their votes should possibly have been rendered void. What if there is a challenge to every MP who got less than 50% and every senator on this basis?

Good question this one!

So who should check for this compliance with the Constitution? Who should take responsibility for non-compliance? It is incumbent on candidates to make sure that they are eligible to stand. This is where the buck stops. But others are charged with selecting those candidates and promoting them in the elections. These are the parties themselves and the support groups for independents.

When a candidate signs the nomination form given to them by the Electoral Commission, they sign a declaration that they are “constitutionally and legally qualified to be elected”. Doesn’t this ring any bells? Most party secretaries oversee the filling in of these forms, not so much because the candidates are dumb but to make sure that all issues are covered off. These officials are in part to blame for the High Court scalps.

There are only two ways to fix this mess; The hard way or the easy way. The hard way is to watch as more scalps are taken and legislation is challenged. There may be no way to avoid the challenge to legislation but more scalps can be avoided by trawling through all members and senators to reveal their hidden ancestries.

The easy way is to suspend Parliament and call an election for both houses of Parliament. This removes any possible challenge to future legislation by ministers who may have been elected on the preferences of non-compliant unsuccessful candidates.

It would draw a line in the sand around the eligibility of candidates and thus future members of Federal Parliament.

The declaration given to the Electoral Commission should contain a financial penalty if that declaration is found to be false. Ignorance is no excuse.

This is like a fencing duel using candy snakes for swords. No-one in that parliament is safe, IMHO…

Do you think Parliament should be suspended and elections called for both houses as a way of sorting out the citizenship issue? Let us know your thoughts by commenting below.

I’d like all useless pollies who have been caught out on dual citizenship (as decided by the High Court) to repay all salary earned since entering parliament. Plus, $100,000 fine for each year served. Yes, I’d like that very much

Many people are unaware that the Constitution names New Zealand as a state of Australia.

Not quite right. There is a reference to NZ in the British Covering Act but not in the Constitution itself. http://www8.austlii.edu.au/cgi-bin/viewdb/au/legis/cth/consol_act/coaca430/

Clause 6 in the Constitution contains the New Zealand reference when defining “The States”:

This would appear to clear Barnaby Joyce then. Did the High Court judgement make any reference to what you have revealed?

Many people are unaware that the Constitution names New Zealand as a state of Australia.

Not quite right. There is a reference to NZ in the British Covering Act but not in the Constitution itself. http://www8.austlii.edu.au/cgi-bin/viewdb/au/legis/cth/consol_act/coaca430/

All these attempts by the courts to make it applicable to modern Australia just seem to show how pointless and racist the law is.
I am sorry, I know will be hard. But we have to try to change the constitution not how the modern world exists.

Yes indeed, how terribly racist of our Constitution to provide that a parliamentarian’s allegiance be to Australia, and Australia only. Speaking as a dual citizen, I have absolutely no problem with the High Court’s interpretation of s44.

Good luck with your proposal to change the Constitution. The success rate for referenda isn’t a great one. I can’t imagine a majority of Australians would sympathise with candidates who clearly hadn’t bothered reading s44 before throwing their hat in the ring. Nor for that matter are they likely to be won over by proponents telling them that the dual citizenship prohibition is a “racist” one.

In this instance the problem is not the politicians of today (I know that is really hard to stomach) but the policies of past politicians. The citizenship (or allegiance to foreign powers) the constitution referred to was anyone non-British, not non-Australian (Australian citizenship did exist until almost 50 years after the constitution was created). This law exists in the constitution primarily because ‘non-British’ was a politically correct way of saying ‘non-white’ at the time of federation. All these attempts by the courts to make it applicable to modern Australia just seem to show how pointless and racist the law is.
I am sorry, I know will be hard. But we have to try to change the constitution not how the modern world exists. Changing outdated laws is surely why politicians exist, after all.

I agree mostly with JH, although I don’t think at this stage it is necessary to prorogue Parliament. The Coalition (and Labor) have done everything they can to stonewall this issue, and one needn’t be cynical to conclude both parties have a lot to lose. The proposed audit will not usurp the HIgh Court’s ultimate power to determine whether section 44 has been infringed; rather, it will be a process for identifying which matters need to be referred.

I’ve noticed our own Katy Gallagher has been very quiet on this issue lately, but JH didn’t mention that aspect even though it’s very relevant to us. I wonder what he would be saying were it Zed Seselja? 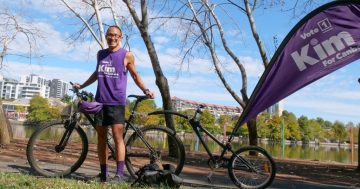