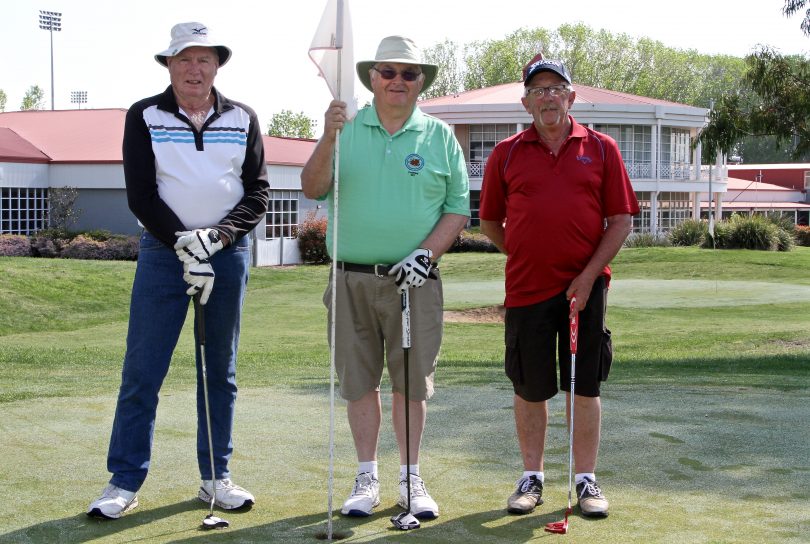 For pitch and putt purists, there’s ‘big golf’ that takes hours and a weighty bag, or their preferred form that takes about 90 minutes, only requires three clubs, where three shots per hole is par for the course and a hole-in-one is a regular occurrence.

For pitch and putt regular Fred Johnson, he doesn’t miss the long form of the game once labelled a good walk spoiled by American novelist Harry Leon Wilson in 1904 (but popularly attributed to Mark Twain).

“I don’t miss getting the driver out,” Fred says. “You still learn the etiquette of the game, but pitch and putt is all about the soft touch.” 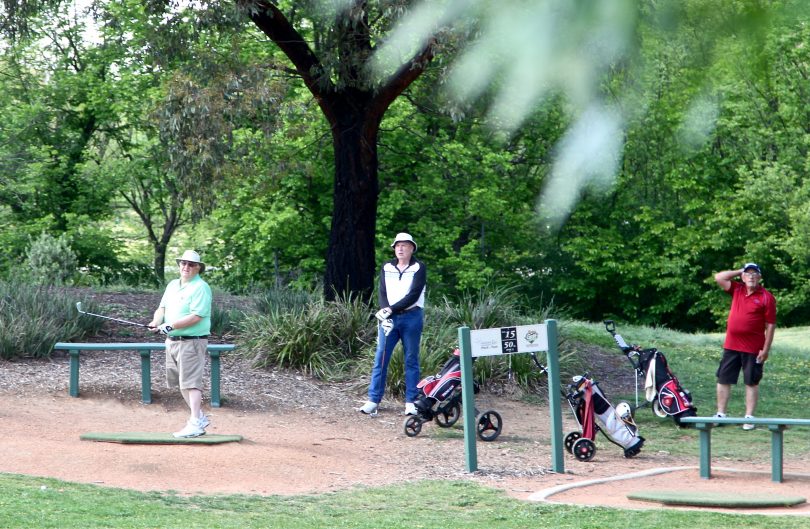 Fred Johnson tees off during a round at the Canberra pitch and putt course this week.

Warren Gray is also one of about 100 members of the Canberra International Pitch and Putt Golf Club, which will host the Australian Pitch and Putt Open Championship over three days from 20 to 22 November.

The event is also open to anyone who wants to participate in either the handicap or gross events in the open championship.

“Last year, one of our lady members won the Victorian Open, the NSW Open and the Australian Open in the one calendar year. This small club is definitely punching well above its weight,” he said.

“Pitch and putt golf gets little to no recognition and I strongly believe it deserves a better profile. The people of Canberra should know that it has one of the ACT’s best-kept secrets right in their own backyard.”

Stuart says the short form deserves a fairway more attention than ‘big golf’ as it’s an ideal way to learn the game.

“Pitch and putt is perfect for parents, kids and grandparents. I regularly bring my 9 and 11-year-olds out for a game,” he said. 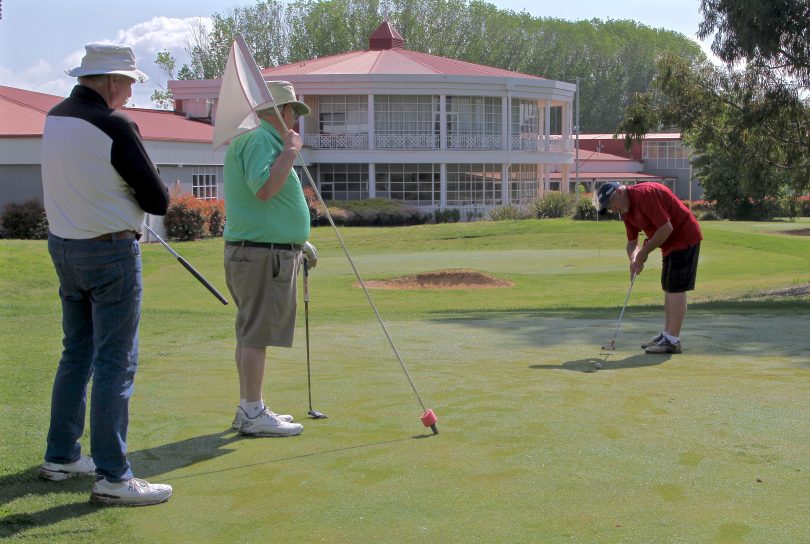 Warren Gray putts out with fellow club members at the Canberra International Pitch and Putt course this week.

One member, Tom Drury, will turn 98 in November and still plays two or three times a week off a handicap of -4 (meaning he can take four shots off his score in a handicap event).

However, Warren says the game is suited to people of all ages and includes people with a disability, including a group of golfers from the Special Olympics movement who use the course on a regular basis.

“Over the years and, even today, we still have members who are visually impaired, amputees, people with Parkinson’s disease and multiple sclerosis to name but a few.

“It is also one of the very few truly gender-equal sports where both men and women tee off from exactly the same spot, unlike the traditional form of the game,” he said.

The club is welcoming any new members who would like to try pitch and putt golf regularly, with more information on the Canberra Pitch and Putt Golf Club Facebook page.