Police call for information after spate of vandalism at Canberra schools

Police are calling for information from the public following a recent spate of school vandalism across Canberra in the past three weeks.

Police have responded to several reports of vandalism at schools during the school holidays but do not believe any of these incidents are linked. The most recent vandalism attack took place at Curtin Primary School on Sunday afternoon (20 January).

Around 4 pm, police responded to reports of property damage at the primary school where they found a number of windows had been broken. The attack follows an earlier incident of vandalism at the school on New Year’s Eve. 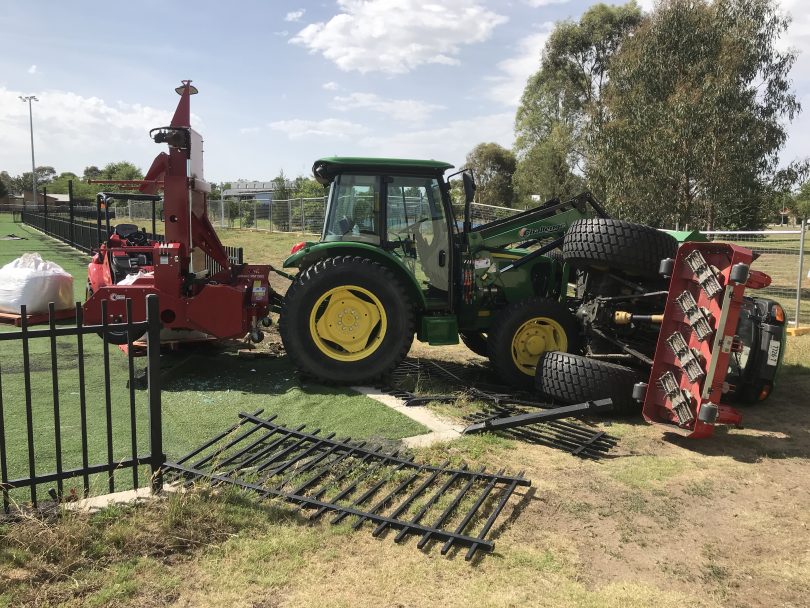 According to police, unknown offenders broke into Gold Creek Primary School and caused damage with a tractor between 3:30 pm last Thursday (17 January) and 7:30 pm Friday (18 January).

The offenders used the tractor to damage to the artificial turf field, perimeter fence panels and large bags of rubber compound stored near the field, before ramming a smaller tractor and knocking it on to its side.

Police also revealed they responded to three different incidents of property damage at Harrison School between 2 am last Wednesday (16 January) and 11 am this morning (21 January).

Around 2:30 pm on 2 January, police attended Mackillop Catholic College in Isabella Plains following reports of damage to the school’s gate.

Police said investigations remain ongoing and are calling on anyone with knowledge of these incidents to come forward.