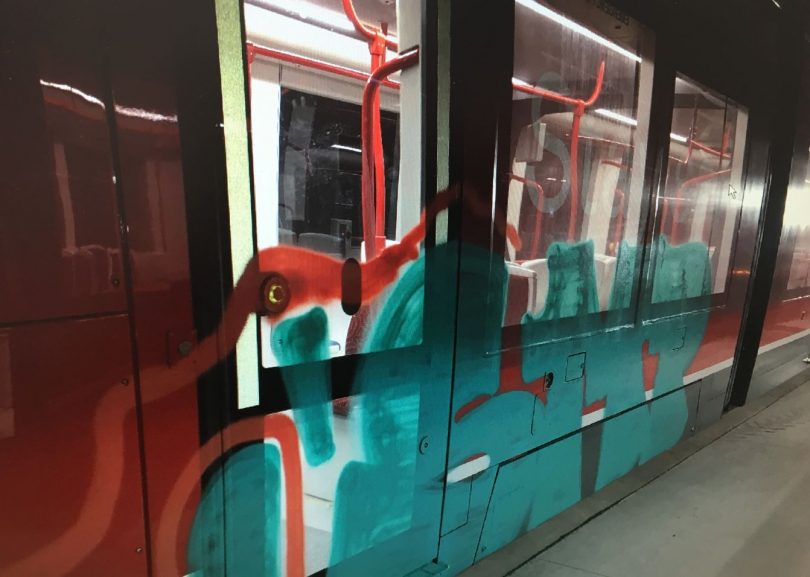 Security observed a man spray painting the side of one of the light rail carriages. Photo: Supplied by ACT Policing.

A 26-year-old man has been caught spray painting one of the light rail carriages in Mitchell on Wednesday morning (April 3).

Around 3:50 am, ACT Policing responded to a call from the Sandford Street depot where site security had observed a man spray painting the side of one of the light rail carriages.

The man was challenged by a security guard and left the depot.

A short time later, police conducted a patrol in the Mitchell area and observed a man fitting the description supplied by the security guard.

The man was carrying a knife and a backpack containing cans of spray paint which police believe matched that used on the light rail vehicle.

The Ngunnawal man will face the ACT Magistrates Court on charges including criminal damage and possession of a knife in a public place.

A light rail carriage was also vandalised less than a day after it arrived in the capital in December 2017. 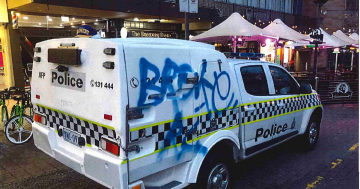 Is it just me, or is there a serious lack of etiquette from passengers on the light rail?