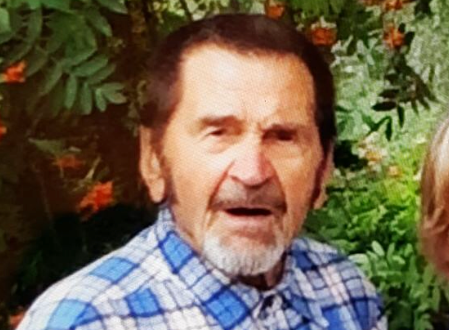 Richard Karpinski is 84-years-old and suffers from a medical condition. Photo: Supplied by Monaro Police District.

Police are continuing their search for a missing 84-year-old Cooma man who was last seen walking towards the bush near his home yesterday afternoon (4 September).

Shortly before 4 pm, officers from Monaro Police District were called after Richard Karpinski was reported missing from his home on Bobeyan Road at Shannons Flat.

An overnight search involving police, SES, RFS, a rescue helicopter and other emergency services did not locate Mr Karpinski.

Mr Karpinski suffers from a medical condition which may make him appear confused. He was last seen wearing bright purple trousers, a thick grey jacket and a grey/brown beanie.

Police have concerns for his welfare and believe he may be walking alongside main roads.

Police would also like property owners in the Shannons Flat area to check their sheds and outbuildings in case Mr Karpinski took shelter in one of their structures overnight.

Anyone with information or who sights Mr Karpinski should contact police or Crime Stoppers immediately on 1800 333 000 or the NSW Crime Stoppers website.

Anthony Beck - 52 minutes ago
Why can some training companies continue face to face training, and in a classroom environment, but transport training cannot... View
kenbehrens - 1 hour ago
Roy, I've always been concerned about the active type of exerciser. The runner, the cyclist etc and how that type of activity... View
Kari James - 2 hours ago
I would find this job incredibly difficult and stressful - great work team! View
News 22

Capital Retro - 56 minutes ago
Your comment is well founded because in the USA limitations of land use for these abominations is now being exceeded (see vid... View
Ellen Duggan - 5 hours ago
My only comment is that I live at Crookwell and I find them an eyesore....The landscape is ruined and I know they don't work... View
Business 16

realopos - 2 hours ago
Here's a thought. We allow all double vaccinated people their freedom- Now! - only those vaccinated can roam freely? Benefits... View
Business 108

@The_RiotACT @The_RiotACT
The @NFSAonline has unearthed a rare recording of a @ledzeppelin interview that features in a new documentary on the legendary rock band https://t.co/YSn9EwPTIR (11 minutes ago)