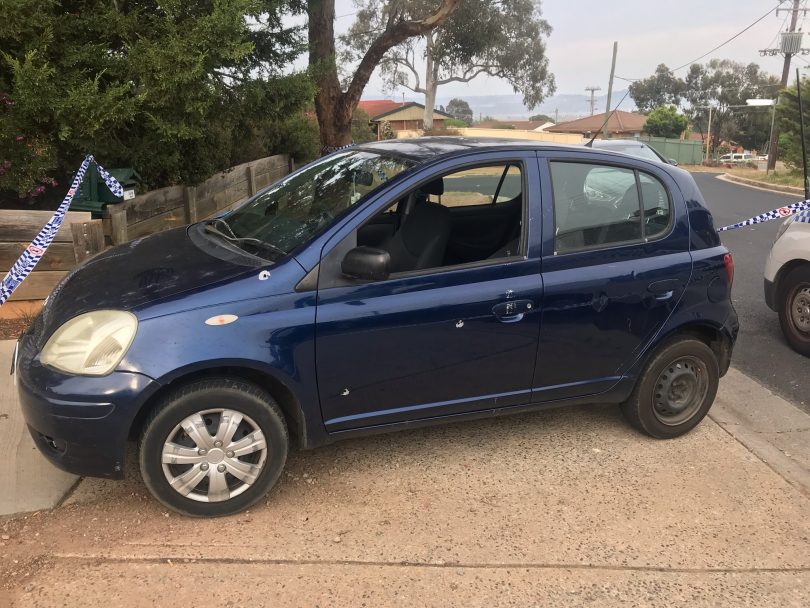 Gunshots have been fired at a car in a residential area of Queanbeyan following an alleged traffic altercation in the early hours of Saturday morning.

Police are now appealing for information after a man was shot in the leg following the incident that occurred at about 4:15 am on Saturday (2 November).

An 18-year-old man, who was a passenger in the vehicle, sustained a gunshot wound to his leg.

The man suffered non-life-threatening injuries and initially refused medical treatment before attending a hospital in the ACT.

Officers attached to Monaro Police District were called to a home in Queanbeyan following the alleged incident and established a crime scene, before seizing a blue Toyota Echo for forensic examination.

Strike Force Lotterie was established to investigate the circumstances surrounding the incident.

Police believe at least three shots were fired at the vehicle following an alleged traffic altercation, and are now appealing for anyone who may have seen a silver sedan and a dark blue Toyota Echo in the time leading up to the alleged shooting to contact police.

Police would also like to speak to a man described as Caucasian, aged in his 30s with a solid build, who was driving a silver sedan in the Queanbeyan area around the time of the incident. 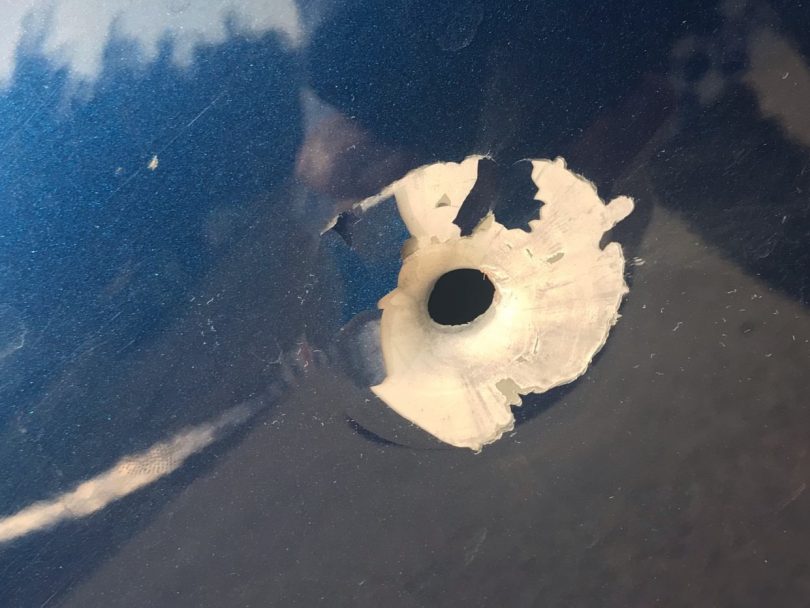 One of the bullet holes in the Toyota Echo.

“We are looking at an incident that involves the discharge of a firearm in a residential area,” Inspector Grey said.

“There existed a real potential for members of the public to suffer significant harm from this reckless and dangerous act.

“This kind of behaviour won’t be tolerated by police, and anyone who chooses to engage in these reckless acts will face the full brunt of the law.”

Chris Mackie - 11 minutes ago
needs a high speed train line! View
Julie Macklin - 8 hours ago
Elizabeth Ann Thurbon Not unique to Australia. I've arrived at towns and cities in Europe and found the station wasn't in the... View
Yvoir Hingee - 8 hours ago
A joke. I last used it twice once in the 1950s and once in the 1960s, and the experience was so bad I promised myself never t... View
Opinion 1

chewy14 - 28 minutes ago
"Inevitably, some of us will slip into past behaviours, and others are forced to call it out and gently point out the rules t... View
Opinion 11

Rollersk8r1 - 39 minutes ago
Quite happy as a GWS member. In normal times it’s an ideal arrangement. Four games a year at Manuka (1 pre-season), plus AF... View
Ben Jones - 2 hours ago
No one will go apart from the die hard fans. Until they start winning and the whole of the ACT become fans overnight. View
Opinion 197

David John Hourigan - 43 minutes ago
John Slow too many round abouts...! View
Matthew Robinson - 10 hours ago
Would be great but no way the government would support it. View
Opinion 20

Speculation around a potential return to Canberra of the Supercars, operating in a circuit around Exhibition Park, has raised the...
News 117

Police investigating after reports of gunshot in Bruce

@The_RiotACT @The_RiotACT
A Canberra man has died after being struck by a car from behind while walking in East Queanbeyan on Wednesday night https://t.co/rM6J2eFG0o (19 minutes ago)

@The_RiotACT @The_RiotACT
After 40-odd days of #lockdown, the novelty has worn off and many of us are struggling to maintain the lockdown behaviours we were once diligent about. Zoya Patel asks, are we becoming too complacent about the #COVID rules as lockdown progresses? https://t.co/ilgv6BzSgO (1 hour ago)